FALSE: Video of ‘war of Israel and Palestine’ 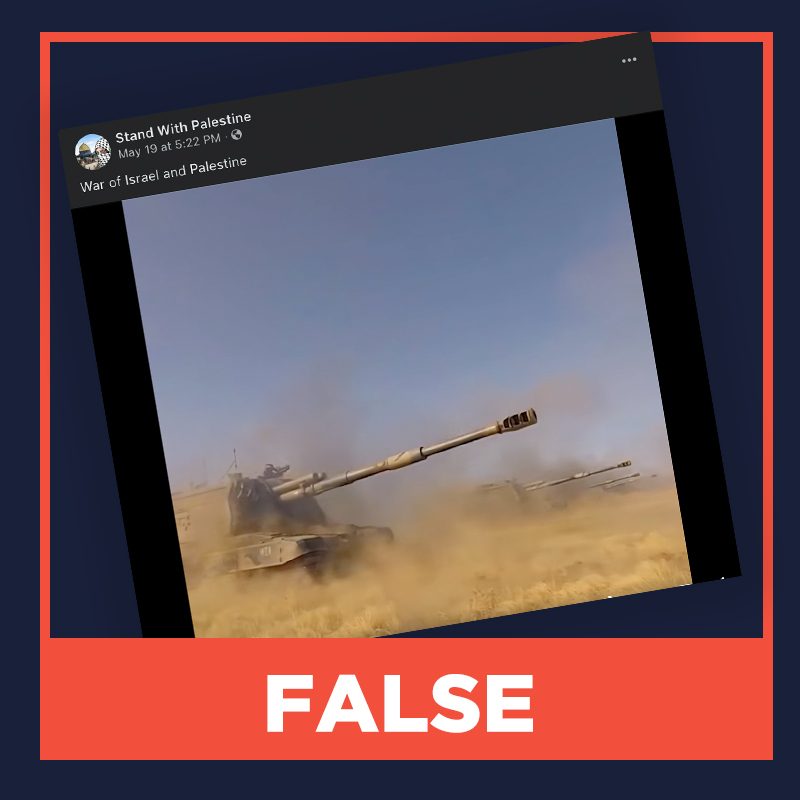 Some users who shared the claim on their Facebook accounts thought it was Israel attacking Palestine.

The post is not at all related to Israel or Palestine, as the video is a Russian military drill. A portion of the uploaded video was sourced from the Kavkaz 2020 video that was provided by the Russian government in September 2020.

“As part of the Kavkaz-2020 strategic command and staff exercise, the rocket artillery of the Southern Military District (YuVO) unit destroyed the armored vehicles of the mock enemy at the Prudboy training ground in the Volgograd region. This was reported by the Ministry of Defense on Friday,” Ruptly earlier said in its video caption.

Further, the soldiers in the video are talking in Russian and one of the vehicles shown uses a Russian military license plate, which distinctly uses white characters on a black background.

The number 21 on the plate indicates that the military vehicle indeed belongs to Russia’s Southern Military District, formerly called the North Caucasus Military District, according to different Russian and European websites, including Europlates, a collection of different regular and military license plates across Europe.

On May 21, an Egyptian-mediated truce between Israel and Hamas began. However, each side had said it stood ready to retaliate for any truce violations by the other. Cairo said it would send two delegations to monitor the ceasefire. – Camille Elemia/Rappler.com