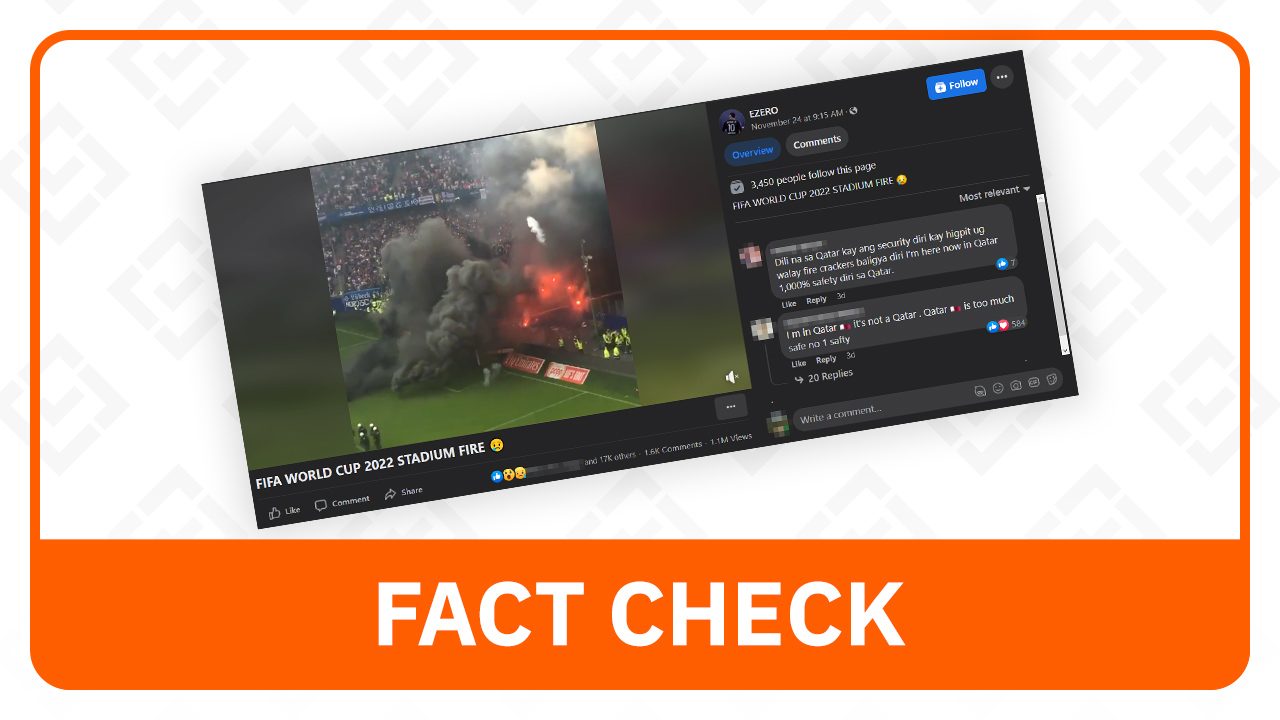 Facebook Twitter Copy URL
Copied
A reverse image search shows that the video was taken during a Bundesliga game between Hamburg SV and VfL Wolfsburg in Hamburg Germany on May 12, 2018

From German league in 2018: A reverse image search shows that the video clip was first posted by YouTube channel 4S-TV on May 13, 2018.

The clip was taken during a Bundesliga game between Hamburg Sport-Verein (Hamburg SV) and Verein für Leibesübungen Wolfsburg (VfL Wolfsburg) at Volksparkstadion in Hamburg, Germany on May 12, 2018. Bundesliga is Germany’s professional football league.

What really happened: Reports on the football match by Reuters, ESPN, and BBC said that Hamburg SV fans lit flares and threw them behind the Gladbach goal when it became clear that Hamburg SV was going to be relegated from the Bundesliga for the first time.

According to the DFL Deutsche Fußball Liga or the German Football League, relegation is when the bottom two clubs in the Bundesliga are moved down to another division.

The BBC said in a report that this was the first time Hamburg was relegated from the Bundesliga since its formation in 1963. Qatari media beIN Sports also wrote an article on May 12, 2020, about what happened during the match between Hamburg SV and VfL Wolfsburg in 2018.