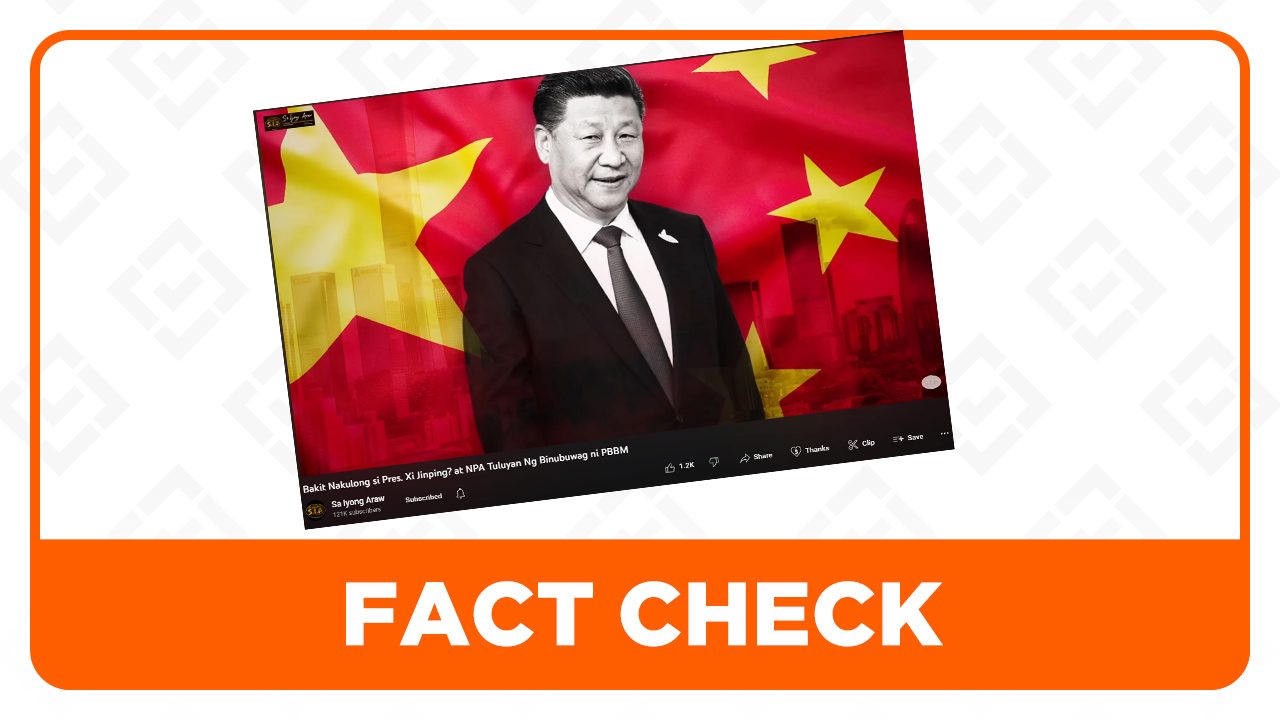 Facebook Twitter Copy URL
Copied
As of November 2, 2022, there are no reports from official sources that say Xi Jinping has been removed from office. He was named president on October 23, 2022.

Claim: President Xi Jinping of the People’s Republic of China was removed from his post by the People’s Liberation Army.

Why we fact-checked this: The YouTube video containing the claim has over 1,200 likes, 82 comments, and 16,000 views as of writing.

SCMP said Trong is the first foreign leader to visit Xi after he secured his third term as China’s president.

Now on his third term:  Multiple reports from news outlets such as Aljazeera, DW News,  The Wall Street Journal, NBC, Los Angeles Times, and CNN show that Xi Jinping secured his third term as president of China on October 23, 2022.

No reports: As of November 2, 2022, there are no reports from the media that confirm Xi was removed from office by the People’s Liberation Army.

Previously fact-checked: Similar claims of Xi Jinping being removed from office circulated on the internet in September 2022. The rumors were debunked by PolitiFact, Factly, The Dispatch, and Vera Files. – Lorenz Pasion/Rappler.com