The state of cybersecurity in the Philippines 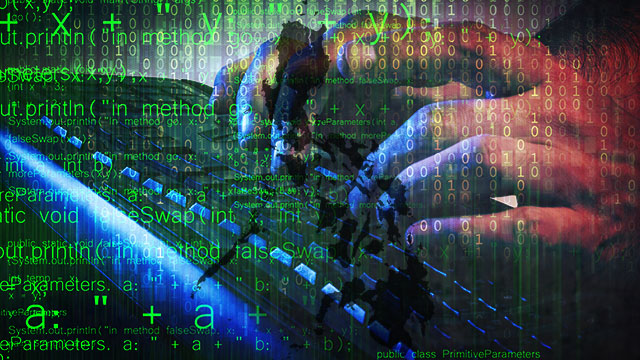 MANILA, Philippines – The Philippine government seems to be a favorite target of hacking, given the number of defaced websites in recent years.

Following in the footsteps of so-called hacktivists, some have resorted to breaching systems to voice their concerns to government.

The group went on to hack more than 100 government websites to protest several issues – including the slow Internet and the Mamasapano encounter which both erupted in 2015. On March 27 this year, Anonymous Philippines breached the Commission on Elections’ website to push them to use the security features of the vote-counting machines in the coming May elections.

The problematic state of cybersecurity in the Philippines, however, was put under the spotlight only when the Comelec attack became more than just defacement. (READ: White, black, gray hat hackers: What’s the diff?)

Only a day after the poll body’s website was defaced, LulzSec Pilipinas got hold of Comelec data and made it publicly available. Security experts warned that the leakage of important information – including voter registration data – could result in “massive identity theft by preying criminals”. (READ: Experts fear identity theft, scams due to Comelec leak)

It became more disastrous when a website made the entire illegally-obtained and highly personal data searchable. The data breach, according to security firm Trend Micro, made Filipino voters “susceptible to fraud and other risks.”

With the worrisome increasing trend of cyberattacks, how does the Philippines rate in cybersecurity?

The Philippines, based on various cybersecurity reports, may not be as prepared compared to other countries.

In 2014, the country ranked 9th among Asia Pacific countries when it comes to cybersecurity readiness, according to the Global Cybersecurity Index (GCI).

In the 3rd quarter of 2015, meanwhile, Kaspersky Lab reported that the Philippines took the 33rd spot out of 233 countries prone to cybersecurity threats – a huge jump from the previous quarter’s 43rd rank.

The security firm warned that the rise indicates that “cyberattacks against the Philippines are accelerating at full speed.”

It may not show now, but “there is no doubt that cybercriminals are now noticing the country”, with 17% of Filipino users’ systems infected with malicious programs or malware used by cybercriminals.

It added that in 2015, the country was hit by an average of 17 ransomware attacks a day – a type of virus that prevents a user from accessing his system.

Lack of IT security professionals

One of the weaknesses of the Philippines, according to Rene Jaspe of information security consulting company Sinag Solutions, is the low number of practicing cybersecurity professionals.

For instance, there are only 84 Certified Information Systems Security Professionals (CISSP) who are Filipinos. Out of this number, 40 are working overseas.

The roster of practicing CISSPs – just one of the most recognized information security certifications – in the Philippines is so short compared to other countries. Other Asian nations have a relatively high number of CISSPs: Indonesia has 107, Thailand has 189, Malaysia has 275, and Singapore has a whopping 1,000 experts.

The small circle of cybersecurity experts in the Philippines is problematic, considering the rising number of cyberattacks several institutions have faced in recent years.

According to the 2014-2015 Cybercrime Report of the Department of Justice’s Office of Cybercrime, cyberespionage attacks or intellectual property theft is on the rise as a major threat.

In fact, 31% of the tallied attacks in recent years were directed against small businesses, while 33% of the 614 recorded cybercrime incidents involved internet/ATM fraud and identity theft.

Network security firm FireEye, meanwhile, reported in 2016 that organizations based in the country are “twice as likely to face an advanced cyberattack compared to the worldwide average.” It added that 30% of their customers were targeted by advanced persistent threat groups (APTs).

Aside from businesses, one of the main targets of cybercriminals is government, the firm added. 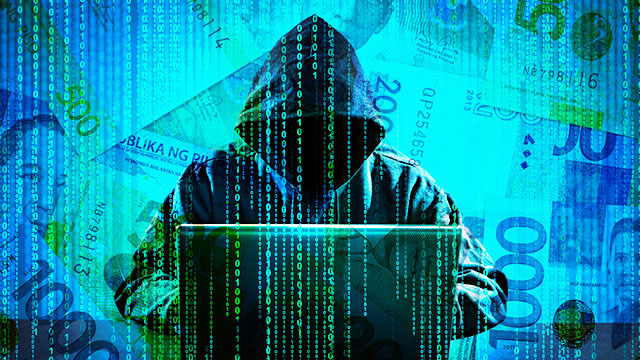 The Philippines has a number of laws addressing cyberattacks such as the Cybercrime Prevention Act. However, these laws only deal with the aftermath of an attack and not so much with prevention.

For private individuals, there are a number of ways to defend computer systems and personal information from ill-minded hackers. (READ: How to protect your computer vs cyberattacks)

For government and organizations, Jaspe said they should remember that “security is not a one-time thing but a business process.”

In order to be considered as having firm security measures, Jaspe estimated that 10%-15% of the information technology (IT) budget should be allocated for cybersecurity infrastructure. This allocation, however, should be higher, especially if an organization falls under the “interesting targets” category.

It may be expensive but the long-term effects and security are worth it. In the United States, for example, President Barack Obama proposed to allocate $19 billion (P889.5 billion)* in their 2017 budget for cybersecurity, following reports that cyberattacks are the most imminent security threat his country faces.

In the Philippines, unfortunately, government budget constraints have often led to cybersecurity being put in the backburner.

This may change in the coming year as a memorandum released on April 4, 2016 by the Department of Budget and Management (DBM) now lists the formulation and implementation of the government’s cybersecurity plan and enhancement of cybercrime-solving capabilities of Philippine authorities as part of the 2017 Budget Priorities Framework.

In the event that an organization falls victim to cybercriminals, Jaspe said the best thing to do afterwards is to “harden the platform” of systems.

Given the biggest data leak that’s worrisome to 55 million Filipino voters, it’s about time the country strengthens its cybersecurity measures.

In its ICT Manifesto for the Philippines for 2016 and Beyond, Microsoft pointed out the need for teamwork between the industry and government agencies to enhance cybersecurity.

The Philippine government should tap the technology sector in the country to assess vulnerabilities, and design strong IT systems. Microsoft also said there is a need for a framework that gives incentives to organizations that help embed cybersecurity measures.

Microsoft added that an army of cybersecurity professionals should be developed so that they can be tapped by government. This can be done by training individuals through the Technical Education and Skills Development Authority (TESDA) and other cheap higher educational institutions.

In the end, government cannot afford to wait for another 23-year-old fresh graduate to get “bored” and test his hacking skills. – Rappler.com

Read more about the Comelec breach and how you can protect yourself:

All photos from Shutterstock.