Facebook Twitter Copy URL
Copied
Out of the 46 proclaimed on Thursday, May 19, only 7 are 'fresh faces' making their first entry into the House of Representatives

MANILA, Philippines – A total of 46 party-list groups emerged victorious in the May 9 polls.

Out of the 46 proclaimed on Thursday, May 19, only 7 are “fresh faces.” This means that the 17th Congress will be their first entry into the House of Representatives (HOR).

Who are these new individuals who will take part in legislative processes in the next 6 years? Here’s a backgrounder on the new party-list groups and their nominees. 1PACMAN is a recently established group which, according to its official website, aims to represent sectors in the Philippines that because of “distance and other socio-political factors” are left in “perpetual isolation” by the government.

Just like its namesake, senator-elect Manny Pacquiao, 1-PACMAN also seeks to support retired and aging Filipino athletes who have brought recognition to the country. Kabalikat ng Mamamayan (KABAYAN) hopes to contribute to the “full realization of the economic, social and cultural rights of all Filipinos, particularly the marginalized.”

Kabayan’s first nominee is Harry Roque, a lawyer who has handled high-profile cases in the past.

As part of the Center for International Law (CenterLaw), he was private prosecutor and representative of 15 victims of the Maguindanao massacre – one of the biggest cases of election-related violence in the Philippines. Roque also lawyered for the family of journalist and environmental activist Gerry Ortega, and the family of slain transgender Jennifer Laude, among others. Alliance of Organizations, Networks and Associations of the Philippines Inc (ALONA)

From being denied the chance to run in 2013, the Alliance of Organizations, Networks, and Associations of the Philippines (ALONA) is set to assume one seat in the House of Representatives in the 17th Congress.

The group’s primary objective, according to its official campaign platform, is to “provide assistance to various organizations of different sectors and cooperatives.”

Anna Villaraza-Suarez, ALONA’s first nominee, is the wife of Quezon provincial governor David Suarez who recently got reelected. She also worked as executive secretary to the Governor of Bangko Sentral ng Pilipinas from 2009 to 2010.

Aside from handling her home province’s scholarship and livelihood programs, Suarez is also the incumbent president of Kalipunan ng Liping Pilipina (KALIPI). The new face in the incoming 17th Congress, like what its name suggests, aims to focus on the welfare and development of the overseas Filipino workers (OFWs) and their families.

Founded in 2010, ACTS-OFW is a coalition of several advocacy groups such as Overseas Filipino Workers (OFW) Global Cooperative Movement and Dynamic Migrant Workers Cooperative, among others.

The group’s first nominee is former OFW turned advocate John Bertiz. In the past year, he was the ACTS-OFW spokesperson who was vocal against the laglag-bala scheme in Philippine airports, abuses, and contractualization.

Ang Kabuhayan party-list group seeks to push in the 17th Congress the causes of small-scale entrepreneurs.

According to its platform, Ang Kabuhayan also aims to highlight the importance of skills training programs for the country’s marginalized sectors to give them another opportunity to earn. It also advocates for state-sponsored micro-financing.

Dennis Laogan, the group’s first nominee, said that giving Filipinos easy access to credit can pave the way for them to end dependence on dole-out funds from abusive lenders. 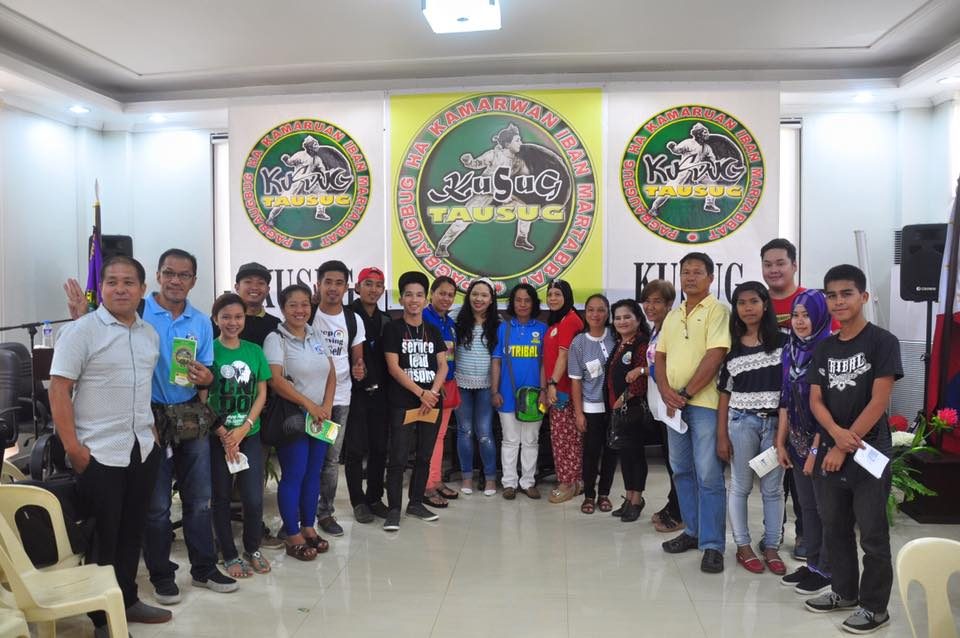 Kusug Tausug will focus on empowering the people of Sulu to attain economic growth and political stability.

In a forum in December 2015, the Kusug Tausug said that they envision creating opportunities for the marginalized sectors – not just the Tausugs – in the Philippines to overcome difficulties in life.

With its vision of “Better Teacher, Better Education, Better Nation,” Manila Teachers party-list seeks to represent teachers in the 17th Congress by pushing important legislations that will uplift the lives of those who belong in one of the most important professions in the Philippines.

The group’s roots can be traced back to one of the pioneers the savings and loan system in the country run by retired public school teachers – Manila Teachers’ Savings and Loan Association, Inc. which was founded in 1960.

Its first nominee, Virgilio Lacson, is the association’s chairman and CEO.

Not really for marginalized

The official list of candidates who sought HOR seats for party-list nominees is a mix of reelectionists, prominent personalities, and legitimate representatives of marginalized sectors, among others. The winning groups, 46 in total, are no different. (READ: 2016 party-list nominees: Taking a shortcut to Congress?)

Party-list representation in the House of Representatives aims to give voice to marginalized and underrepresented sectors in the legislative process. However, in 2013, the Supreme Court ruled that parties and organizations “do not need to organize along sectoral lines and do not need to represent ‘any marginalized and underrepresented’ sector” to join the party list. (READ: SC shakes up party list in new verdict)

He or she will have the same power and responsibilities such as sponsoring bills, calling for investigations in aid of legislation, and heading congressional committees. (READ: 8 things you need to know about the party list) – Rappler.com