Jun 9, 2016 10:15 AM PHT
Jodesz Gavilan
Facebook Twitter Copy URL
Copied
In 2001, a bitter feud starts between the two after a string of disagreements which are reportedly rooted in Duterte not giving in to some of Pala's requests 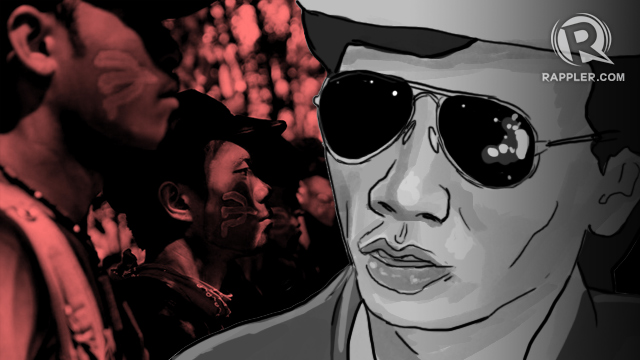 MANILA, Philippines – President-elect Rodrigo Duterte, in a press conference on May 31, said that journalists are legitimate targets of assassination “if you’re a son of a bitch.”

One of these people “who deserved it”, he said, was broadcaster Jun Pala. But who is Pala beyond the words the Davao City mayor used to describe him?

Juan “Jun” Pala, according to the Center for Media Freedom and Responsibility (CMFR), worked as a cub reporter for dxRH in 1987 before becoming a regular anchor a year after. In Davao City, he was known for his work in Davao City-based dxGO radio station where he hosted “Isumbong Mo kay Pala” (Tell Pala) and “Aksyon Radyo” (Action Radio).

For using expletives in his radio show, Pala was banned “for life” by the Kapisanan ng mga Broadkaster sa Pilipinas (KBP) but his connections reportedly helped him evade these sanctions, a 2005 Newsbreak story said.

On September 6, 2003, while returning home from a friend’s house, Pala was gunned down by unknown men on a motorcycle. He sustained 9 gunshot wounds, mostly on his chest and head, and was pronounced dead on arrival at the San Pedro Hospital.

One of the differences between the Davao City mayor and the killed journalist was their perception of the Communist movement.

In contrast to Duterte’s “good” relationship with the New People’s Army (NPA), Pala was reportedly part of the Alsa Masa – an anti-communist group that was accused of human rights abuses in the 1980s.

In the 1970s to the 1980s, Davao City was an image of complete chaos. It was tagged as the “murder capital of the Philippines” as insurgents and government forces killed each other to gain control of the city.

Members of the NPA carried out targetted killings, mostly of corrupt politicians and suspected informants.

According to Ronald May’s Vigilantes in the Philippines: From Fanatical Cults to Citizens’ Organisations in 1992, Alsa Masa was formed in 1984 in a low-income settlement in the district of Agdao to combat the “financial and other impositions” of the NPA.

The group, however, eventually became notorious for its lawless activities such as killing suspected rebels.

After lying low for a few years, the group was revived in 1986 as a full-blown anti-communist group led by Rolando Ponsa.

Lt. Col. Franco M. Calida, then a local Philippine Constabulary (PC) commander and a “hardline anti-communist,” was credited with the spread of the Alsa Masa. He was even quoted in the New York Times in 1987 as saying back then that “anybody who would not like to join Alsa Masa is a communist.”

The Alsa Masa was able to improve its “counter-insurgency program” by tapping into the residents’ “deep reservoir of resentment” toward the NPA.

The group was estimated to have had at least 9,000 members in 1987 which included former NPA members. Former President Corazon Aquino had also endorsed the group – and the use of vigilante groups in general – to combat communists which had then become widespread under her administration.

Several reports tagged Pala as part of the Alsa Masa as he often read over the radio the group’s manifesto. He also reportedly threatened those who doubted their movement with retribution: “We will exhibit your heads in the plaza. Just one order to our anti-communist forces, your head will be cut off. Damn you, your brains will be scattered in the streets.”

But the hard-hitting radio broadcaster wasn’t against the communists all his life, according to Davao journalist Jun Ledesma.

The Sun.Star Davao columnist and Mindanao Journal publisher was president of Media Dabaw, a press club made of community journalists in the area, and which was organized to protect themselves “from harassment from the Left and the Right.”

Ledesma, who describes himself as both friend and critic of Duterte, said that Pala was so against the Marcos administration and other goverment establishments even during Martial Law because he had the protection of members of the Communist Party of the Philippines-NPA (CPP-NPA).

When a new Integrated National Police (INP) commander took over, however, Pala’s show was shut down.

Ledesma recalled how Pala, then a member of Media Dabaw, sought his help to get back to his show. Four months off the air, he said, was “too long and a torture” for Davao City’s ace commentator.

“He came to me and said, ‘Nong Jun, tabangi ako makabalik sa akong programa (Please help me get back to my program)’,” Ledesma said. “So I told him, ‘How would I help you when it is the INP cutting all the program?’ and he said, ‘Samahan mo lang ako (Just come with me).'”

In Pala’s meeting with the new Police Commander Dionisio S. Tan-Gatue Jr, Ledesma recalled how the commentator offered himself to turn against the NPA in exchange for his program, even stating that “in the duration that I was out of my job, not one of the NPA came to me and offered help.”

Tan-Gatue, however, only wanted “balanced and fair commentary” from Pala.

(He wasn’t forced, he offered himself but Tan-Gatue didn’t want him to do that. He even said, “For me, all I wanted was for him to be fair and not be one-sided” but he insisted and said, “No, let me show them what I can do.”)

It marked the start of Pala being tagged anti-communist. He waged war against the NPA and became very popular because of it. He, however, had to move out of Agdao and transfer to dxOW.

“He was the only radio journalist who was fighting it out, spitting fire, against the CPP-NPA,” Ledesma said. “Ginamit siya ng military (He was used by the military).”

The radio commentator’s sentiments against the Left, however, spilled over even to those who were not entirely part of the movement.

Stella Estremera, editor-in-chief of Sun.Star Davao, in an opinion piece published on June 4, said she earned the ire of Pala, and was threatened on air by him as a young journalist assigned to cover the Left. 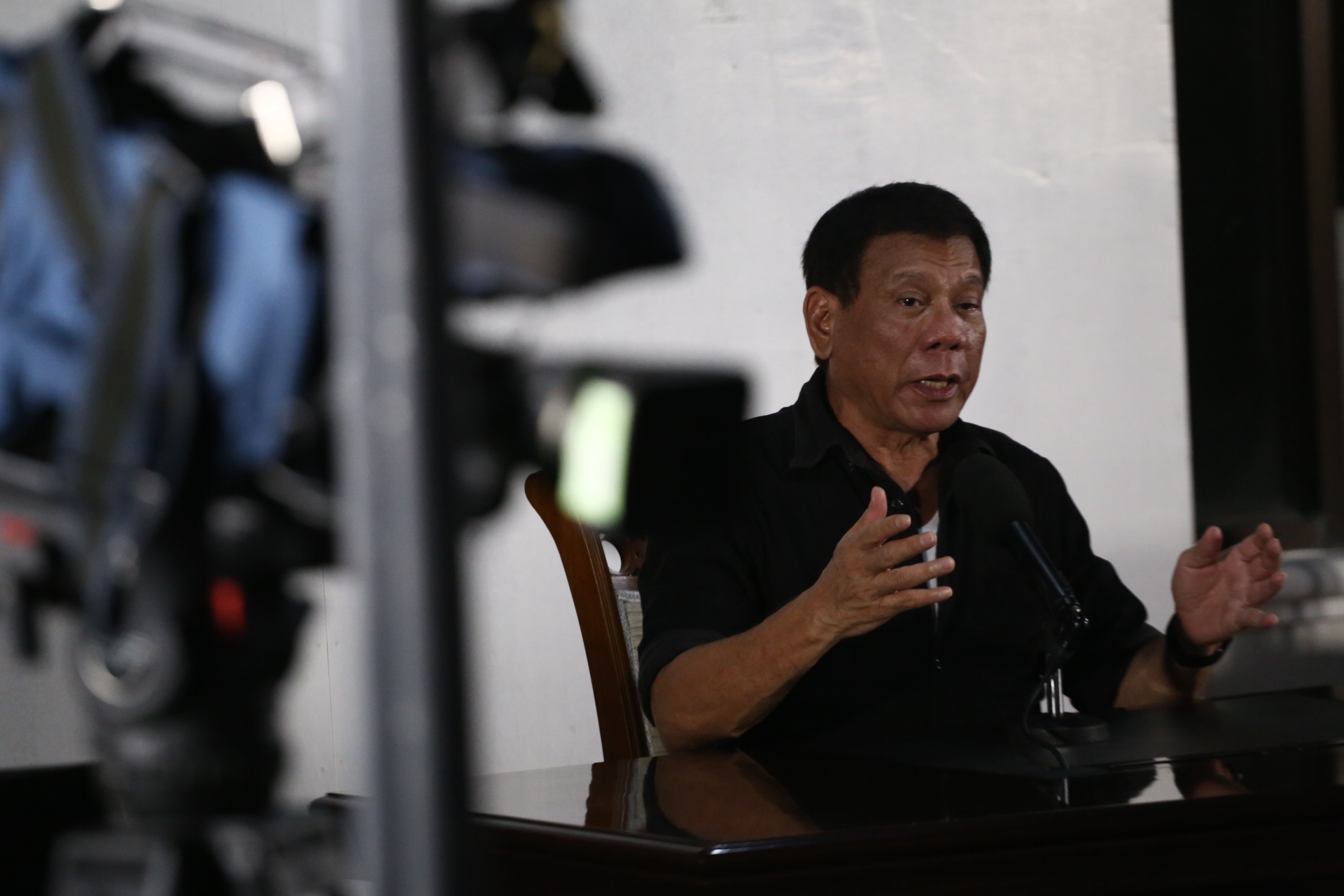 Despite Duterte’s recent statement against the killed journalist, the two used to be friends.

A source close to the president-elect told Rappler that Pala’s anti-communism stance did not get in the way of the early friendship between the two – the Davao City mayor was even the one who talked to the NPAs when tension arose.

From friends to foes

In 2001, however, a bitter feud started betwen the two after a string of disagreements which were reportedly rooted in Duterte not giving in to some of Pala’s requests.

Since then, the source said, Duterte became one of those whom Pala attacked over the airwaves – miners and local politicians alike. The Davao mayor even accused Pala of being his rival’s mouthpiece.

As a commentator of dxGo Aksyon Radyo, a 2005 Newsbreak story said Pala would often introduce himself as someone “who remains the voice of democracy in (Mayor Rodrigo) Duterte’s reign of terror” before greeting the audience, “maayong buntag (good morning)”.

Ledesma said that the very big role Pala played in the campaign of the INP against the CPP-NPA eventually “went up to his head.” He eventually had enemies from the Left and the Right.

Pala was ambushed thrice. Three days prior to the last one which eventually killed him in 2003, Ledesma said that he tried to seek help from Duterte.

“Three days before he was killed, he even came to me and asked me to bring him to Mayor Duterte,” he recalled. “He said, ‘Luluhod ako sa harap ni Mayor, tulungan niya lang ako. (I will kneel down before the mayor just so he would help me.)”

The death of 49-year-old Pala in 2003 – despite his being notorious for inciting to violence in 2003 – was condemned by the National Union of Journalists of the Philippines (NUJP) as a “blow to press freedom.”

Although there is indeed corruption among the ranks of the media, according to the journalists’ group, it does not justify taking someone’s life. (READ: Journalists’ groups hit Duterte’s justification of media killings) – with a report by Bea Cupin/Rappler.com