Dec 7, 2016 9:00 PM PHT
Katerina Francisco
Facebook Twitter Copy URL
Copied
Six months after being swept into the presidency, the man who says he didn't want to be president has shaken up Philippine politics and openly challenges established institutions 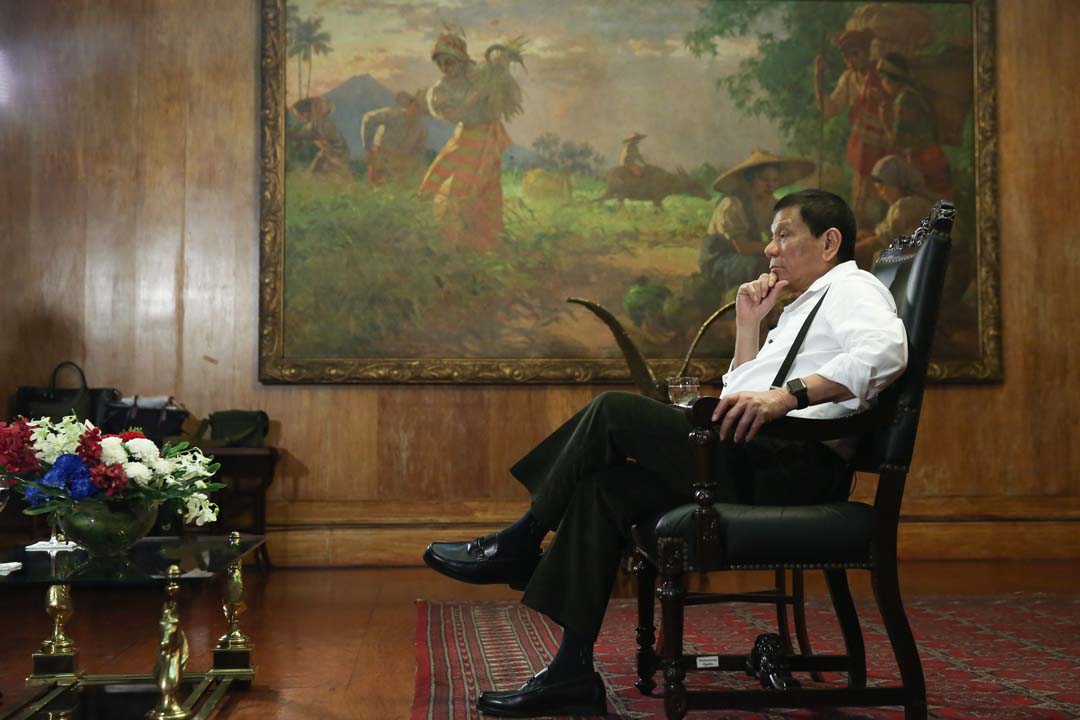 MANILA, Philippines – Rodrigo Duterte initially declared he did not want to run for president in May 2016. At the last minute, however, a representative filed for him his certificate of candidacy for president. He won overwhelmingly and the Philippines was never the same.

Duterte already had a reputation. He was the tough-talking mayor of Davao City both feared and respected for his draconian methods in dealing with criminals in his city. What he achieved in Davao, he would replicate nationwide.

His unapologetic and iron-fisted stance against crime became the central message of his campaign. He promised a drug- and crime-free Philippines within 3 to 6 months and won over 16 million Filipinos who buoyed him to the highest post of the land.

Six months later, Duterte is slowly fulfilling this promise: racking up nearly 6,000 dead bodies – most of whom are victims of summary killings – in his war against drugs.

But the President, dismissed by critics as a single-issue candidate for his focus on the drug war, has been shaking up Philippine society in other ways over the past 6 months. He has managed to turn things upside down in the short period of time he has been president. 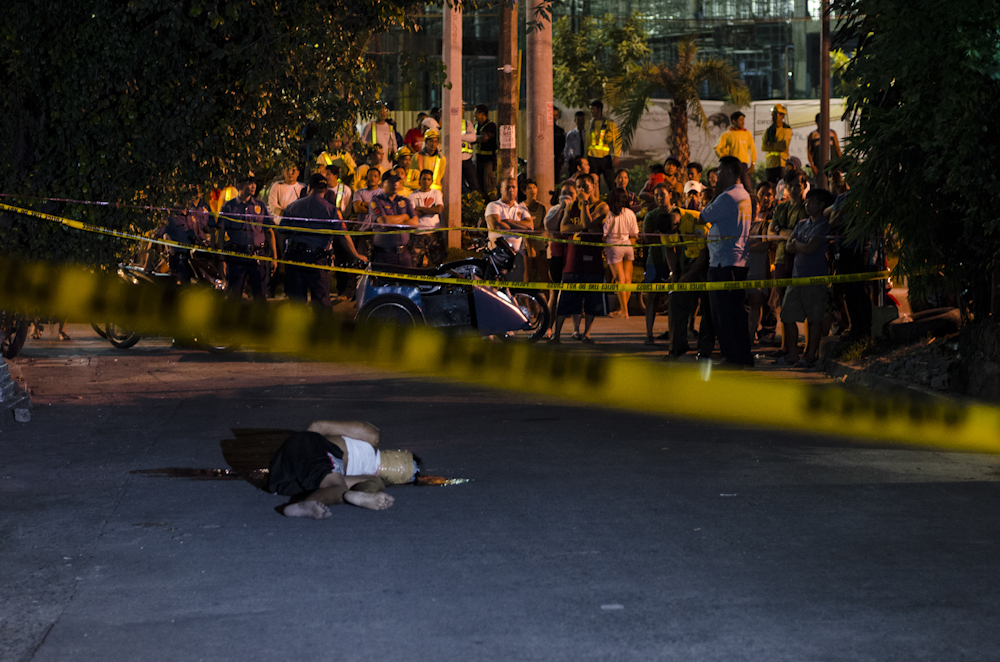 More than 5,600 people dead in Duterte’s aggressive war against drugs. He has consistently claimed he loses two policemen a day, and that there are 3 million drug addicts, even though official numbers peg the figure much lower, at 1.8 million.

Supporters said if it wasn’t for Duterte’s commitment to expose the illegal drug trade, the extent of the drug problem nationwide wouldn’t have been known. Yet critics have said only low-level drug users and pushers have suffered in this war on drugs, with the big names – like Peter Lim – getting away.

They also pointed out that Duterte’s name-and-shame campaign against alleged drug protectors sets a dangerous precedent, given the rising number of unexplained summary killings and the President’s own admission of mistakes in his drug matrix. But Duterte vows not to stop his war against drugs until the last drug pusher is off the streets. 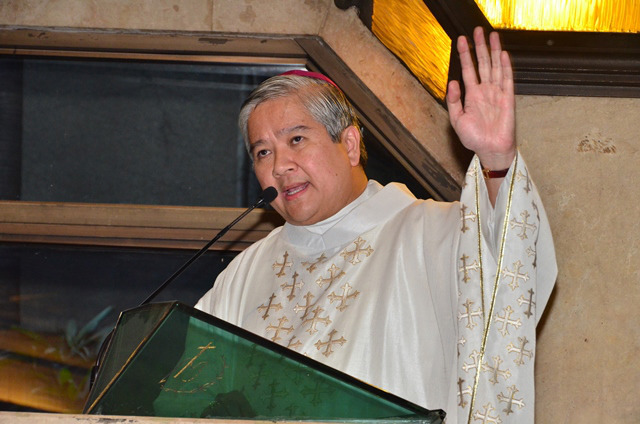 Attack vs the Catholic Church

In a predominantly Catholic Philippines, going against the Catholic Church is akin to political suicide. So when Duterte, then still a presidential candidate, cursed Pope Francis for causing traffic in Manila during his 2015 visit, it seemed a gamble for him to publicly curse the pontiff well-loved by many Filipinos.

But that didn’t stop Duterte from winning the presidency – and neither did it stop his cursing at the Church. He has since accused the religious institution of being hypocritical, calling out bishops who allegedly ask for money and favors from the government, and exposing sexual harassment he supposedly suffered from a priest when he was a student. 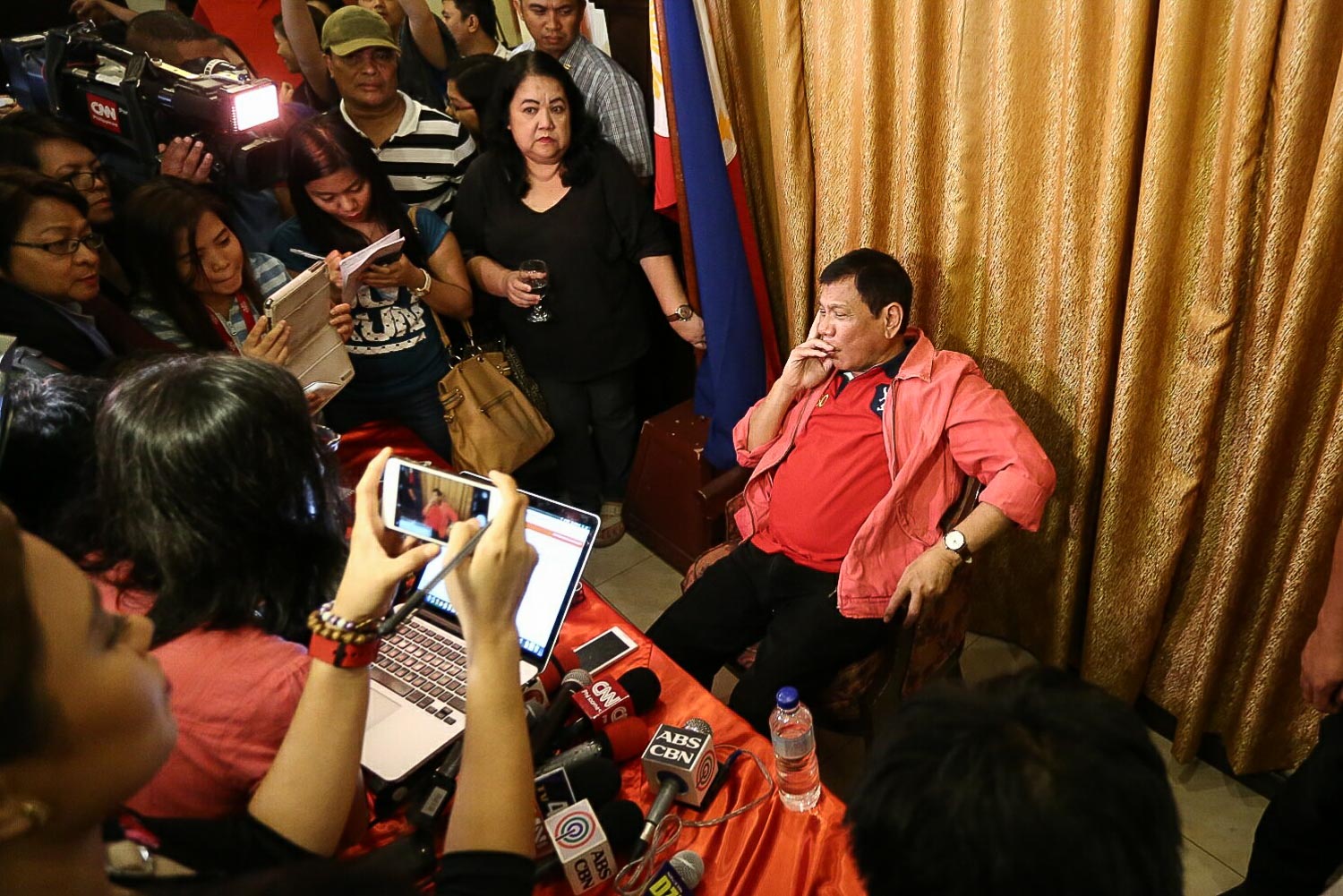 Taking the media head on

Just weeks after winning the presidency, Duterte triggered backlash from media groups when he said corrupt journalists were legitimate targets of assassination. He cited the case of broadcast journalist Jun Pala, a vocal critic of Duterte, whose murder in 2003 remains unsolved.

He declared a short-lived boycott of press conferences and clashed with journalists over news reports that he and his spokesmen claimed were “misinterpreted”, “taken out of context”, or given a spin by “biased” organizations. Media, they said, should use “creative imagination” in deciphering whether or not the President was serious or just joking.

Despite his adversarial attitude toward the media, Duterte asked his supporters not to threaten journalists. He has also created a presidential task force to probe media killings. 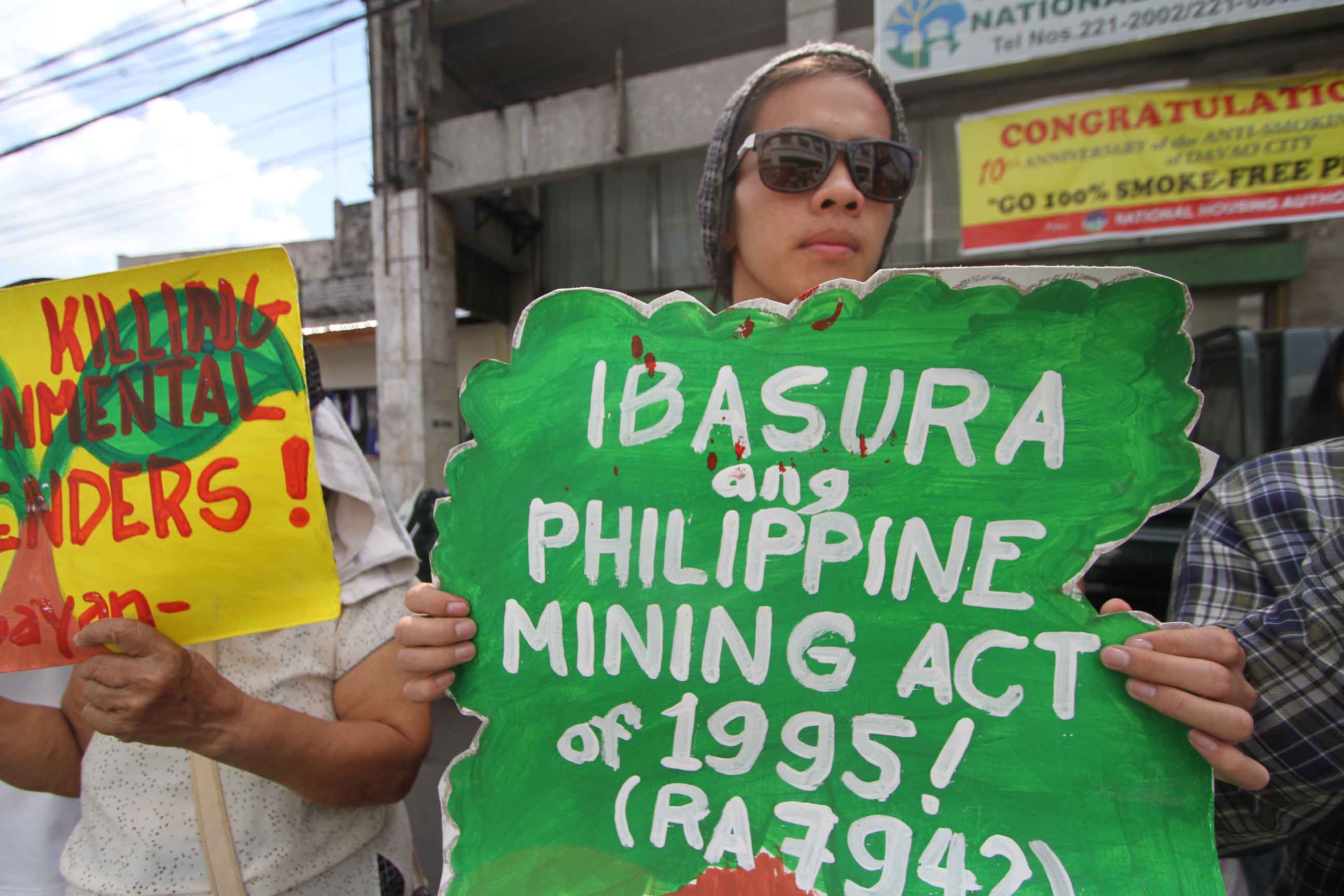 Filipino tycoon Roberto Ongpin was singled out as the oligarch Duterte wanted to destroy, with the President implying that Ongpin had used his connections with political higher-ups to strengthen his businesses.

In the labor sector, Duterte has vowed to phase out contractualization, pitting him against big conglomerates – such as businessman Henry Sy’s SM chain – which hires employees for less than 6 months, a practice that allows these firms to avoid having to regularize their employment.

While the labor department has touted the government’s achievements in regularizing 25,000 workers so far, labor groups want stronger action from the government. 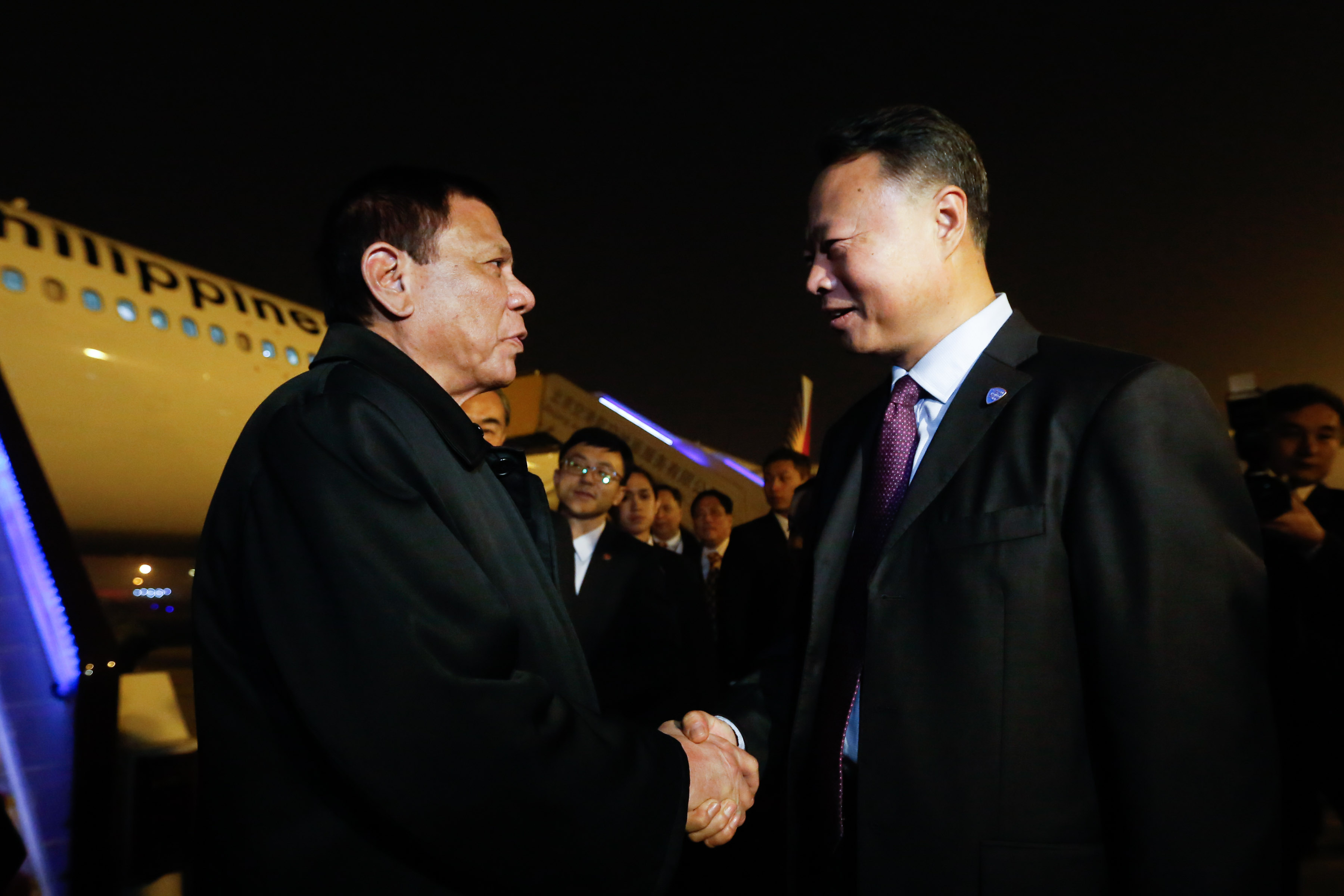 The President makes no secret of his disdain for Western powers and international institutions criticizing his war on drugs. The US, United Nations, and the European Union are among Duterte’s frequent targets of his colorful insults and curses.

Instead of the US, the Philippines’ longtime ally, Duterte is instead pivoting toward unlikely bedfellows – China and Russia. The choice of Beijing may come off as strange: the Philippines, after all, has long been locked in a maritime dispute with China over territories in the South China Sea. It was also the Philippines who made the historic move of taking the Asian superpower to court – and winning that case.

While Duterte has frequently espoused an “independent foreign policy” as the way to go for the Philippines, he also professes his own dependence on his new best buddies. 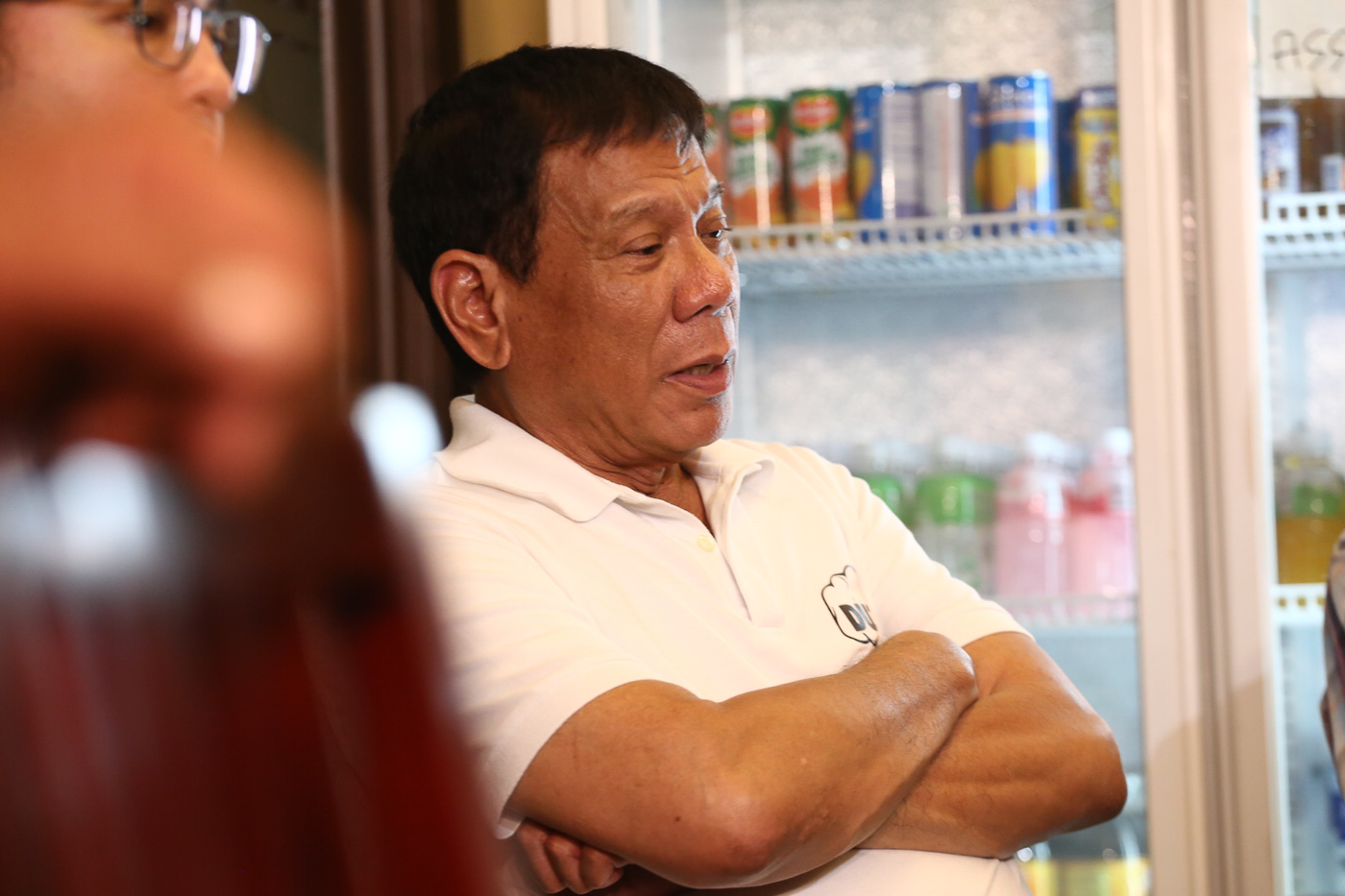 Known for spitting expletives and curses left and right, Duterte promised he would behave when he became president.

It’s a promise he has broken at least twice. But Duterte makes no excuses for his cursing, claiming that his mouth was “rural” and that this was simply how he behaved. He lambasts criticism at his “unstatesmanlike” demeanor, saying he does not intend to be a statesman.

The President is also not one for following protocol: he skipped his own proclamation, and missed events at international functions supposedly due to jetlag. In one summit, he said he purposely skipped the event as a “matter of principle” because he disliked the Americans. Longtime diplomats have asserted that the Philippines’ chief executive should not use being sick as convenient excuses for missing important international functions. 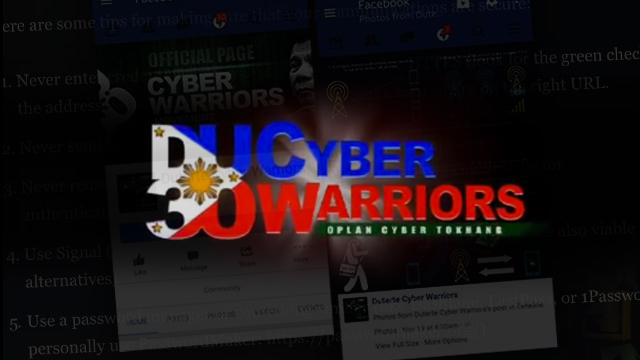 Behind every controversial policy statement from the Duterte administration are diehard supporters fighting critics online to defend the President. This support base and social media campaign was what propelled Duterte to the presidency; the system was a well-oiled machine, with messages of the week cascaded to “Duterte warriors” to spread online. But campaign insiders have also admitted to the use of trolls or fake, paid accounts.

The past 6 months saw the explosion of fake news being peddled as truth, with each side accusing the other of propagating malicious propaganda online. This escalated into reports of attempted hacking on the Facebook accounts of those critical of the Duterte administration, with the creation of a group calling themselves the “Duterte Cyber Warriors,” carrying out what they claimed to be “Oplan Cyber Tokhang.” 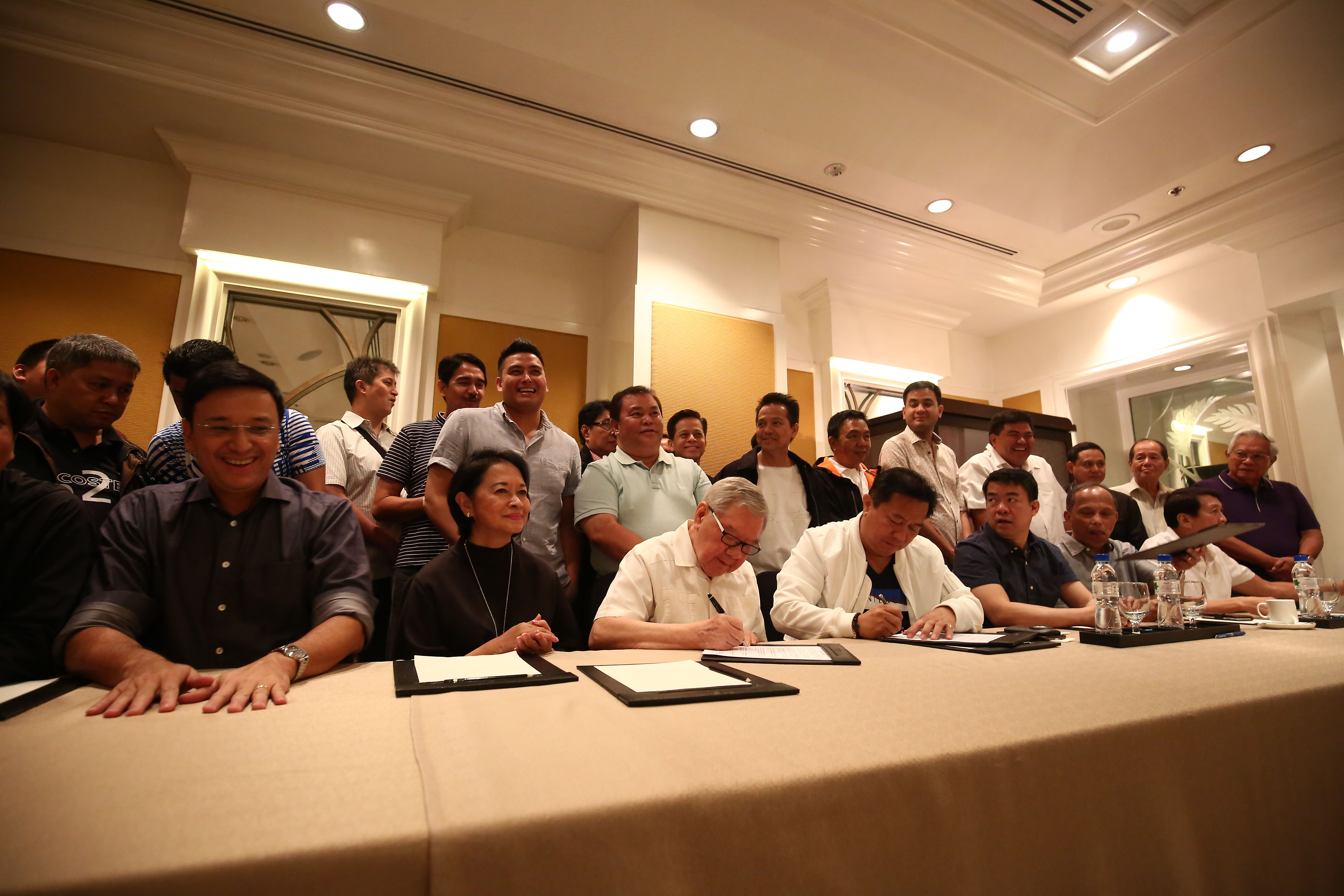 Power of the executive

Aside from wielding power in the executive branch, Duterte also exerts influence in the other branches of government. He may find an easier time pushing his legislative agenda in the House of Representatives, where a majority of lawmakers now belong to his party, PDP-Laban. In the Senate, Senate President Aquilino “Koko” Pimentel III is also a member of PDP-Laban.

In the judiciary, Duterte is set to appoint at least 10 Supreme Court (SC) justices within his term. In recent months, the SC has handed down rulings aligned with what the President favors.

For instance, in July, the SC acquitted former president Gloria Macapagal-Arroyo of plunder, two weeks after Duterte assumed office. And in November, the SC also allowed a hero’s burial for the late dictator Ferdinand Marcos – a campaign promise viewed by critics as a debt of gratitude for the Marcoses’ support. The SC however denied a petition by former senator Bong Revilla Jr to have his plunder case dismissed because of lack of probable cause. 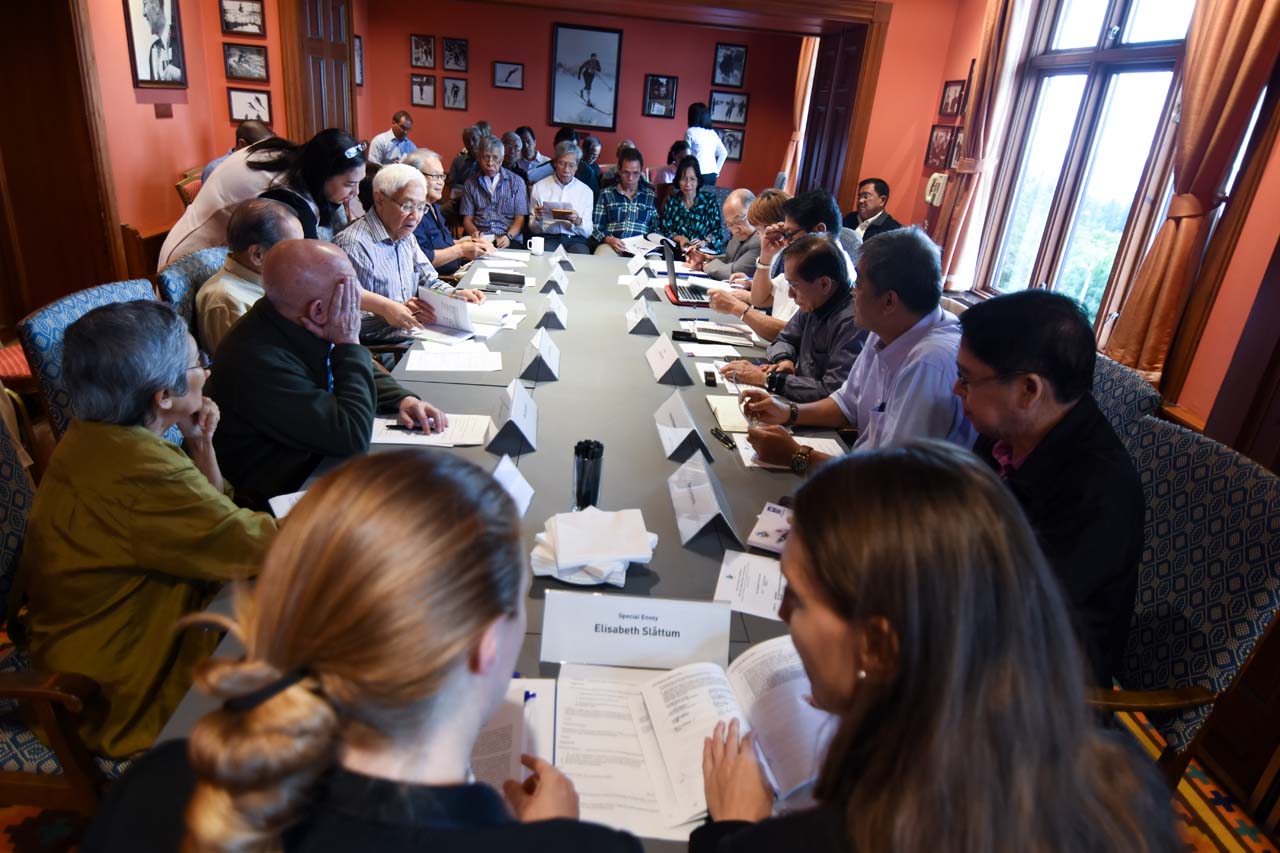 Peace talks with the Left

Duterte began his presidency with an openness toward militant groups and activists, receiving in Malacañang on his inauguration day jeans-clad leaders from progressive groups.

Said to share their ideology, Duterte also appointed to his Cabinet personalities endorsed by the Left, and resumed peace talks with the Communist Party of the Philippines (CPP) in a bid to end the longest-running insurgency in Asia.

But while these moves have won for Duterte the support of the Left, it has also put the CPP in the odd position of working with a president who has effusively praised the late dictator Marcos. The CPP has taken a strong stance on the sudden burial of the dictator at the heroes’ cemetery, calling Duterte a “rotten trapo (traditional politician)” for allowing a “historical wrong.” – Rappler.com