On the job with Congresswoman Josephine Ramirez-Sato

Apr 1, 2017 3:02 PM PHT
Mara Cepeda
Facebook Twitter Copy URL
Copied
Since her appointment to the CA, Representative Josephine Ramirez-Sato says she has been receiving hate messages online. But for her, that's all part of politics. 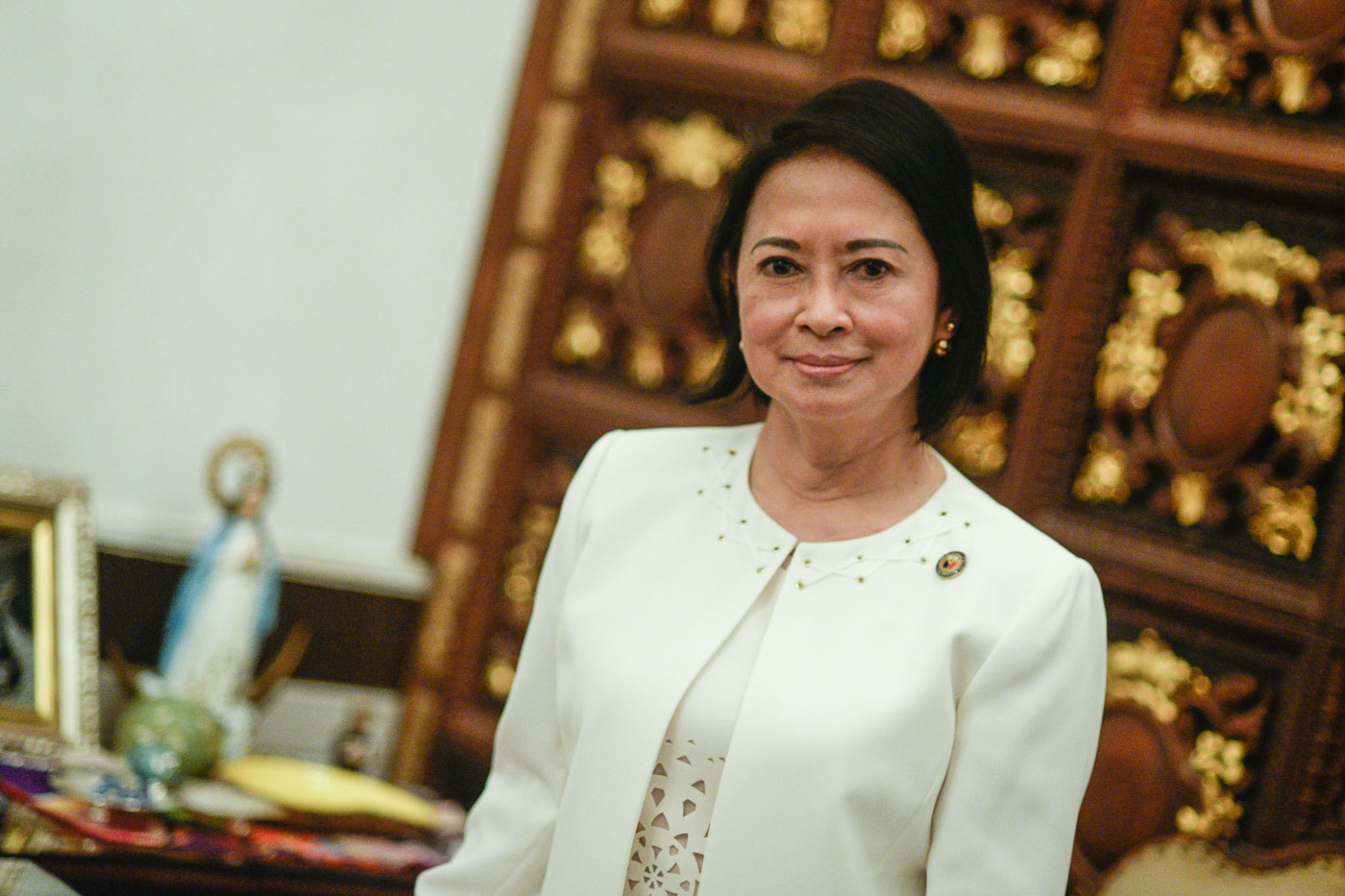 MANILA, Philippines – Josephine Ramirez-Sato, representative of Occidental Mindoro, made heads turn as she sat among the other members of the powerful Commission on Appointments (CA).

She was a lithe 62-year-old, and yet she threw some of the toughest questions at the Cabinet appointees of President Rodrigo Duterte during their appointment hearings before the CA. (WATCH: Rappler Talk: Josephine Ramirez-Sato on leadership under the Duterte administration)

Sato was relentless in grilling lawyer Perfecto Yasay Jr during his appointment hearing for the Department of Foreign Affairs post. The lawmaker wanted Yasay to categorically admit or deny previously owning a US passport.

She also quizzed Environment Secretary Gina Lopez on the latter’s technical knowledge of the law after she cancelled 75 mineral production sharing agreements in watersheds all over the country.

It seems that Sato is not afraid to challenge appointees perceived to have the backing of no less than the President himself.

A politician for almost 3 decades now, Sato is no-nonsense in dealing with the task at hand. When it comes to her job, it’s nothing personal.

Working under the CA

Sato wore an all white ensemble when she welcomed Rappler inside her office at the House of Representatives.

Minutes before opening her office doors, Sato said she took a short nap because she has been granting interviews with the media since 5 am that day.

But she was quick to get back to work, readily explaining why she was unafraid to quiz Cabinet appointees of a very popular President.

“Because as I’ve said, there’s nothing personal in this. It’s a way of, you know, really doing your job as a member of the Commission on Appointments,” said Sato.

“The questions that we ask the nominees [are] in no way a reflection of our disrespect for the President. Of course we respect the President,” she added.

Like other CA members, Sato said she spends a lot of time with her staff doing background checks on the Cabinet officials before any appointment hearing.

To illustrate that she does not have any axe to grind against any of the appointees, Sato said she even shared a light moment with Yasay after he was already informed that the CA will be rejecting his appointment.

“He came to me because we met along the corridor and then he came to me, you know with a smile on his lips and his face. And he said, ‘Congresswoman, sorry if I offended you’ because there was a time when I was sort of angry when he accused me that the questions about his citizenship is part of a destabliization plot against the administration,” said Sato.

“And I was so touched. I said, ‘Mr Secretary, nothing personal. Trabaho lang (It’s just work),” added Sato.

It is a mindset Sato has perhaps acquired over the many years she has spent as a government official.

The lawyer-turned-politician graduated with a political science degree from St Theresa’s College in 1973. She then attended the University of the Philippines College of Law, where she emerged among the top graduates of batch 1978.

She is married to Japanese businessman William Sato. Their only daughter Monica is currently studying at the Ateneo de Manila University.

Sato first ventured into politics when she served as Occidental Mindoro’s vice governor from 1988 to 1992. She then became the governor for 3 consecutive terms from 1992 until 2001.

According to Sato, she loved being a local government official as she is a “probinsyana (provincial lass) at heart.”

“You are closely attached with the people [when you’re a governor]. It’s a 24/7 job for them. You are the frontliner of delivering the basic services to the people. Me personally, talagang probinsyana ako (I am a provincial girl) at heart eh. I really want to be in the province,” said Sato.

(But if you’re that, you’d prefer the province because every day, when you wake up, you’re with the people already. They’re still there even when you’re about to sleep.) 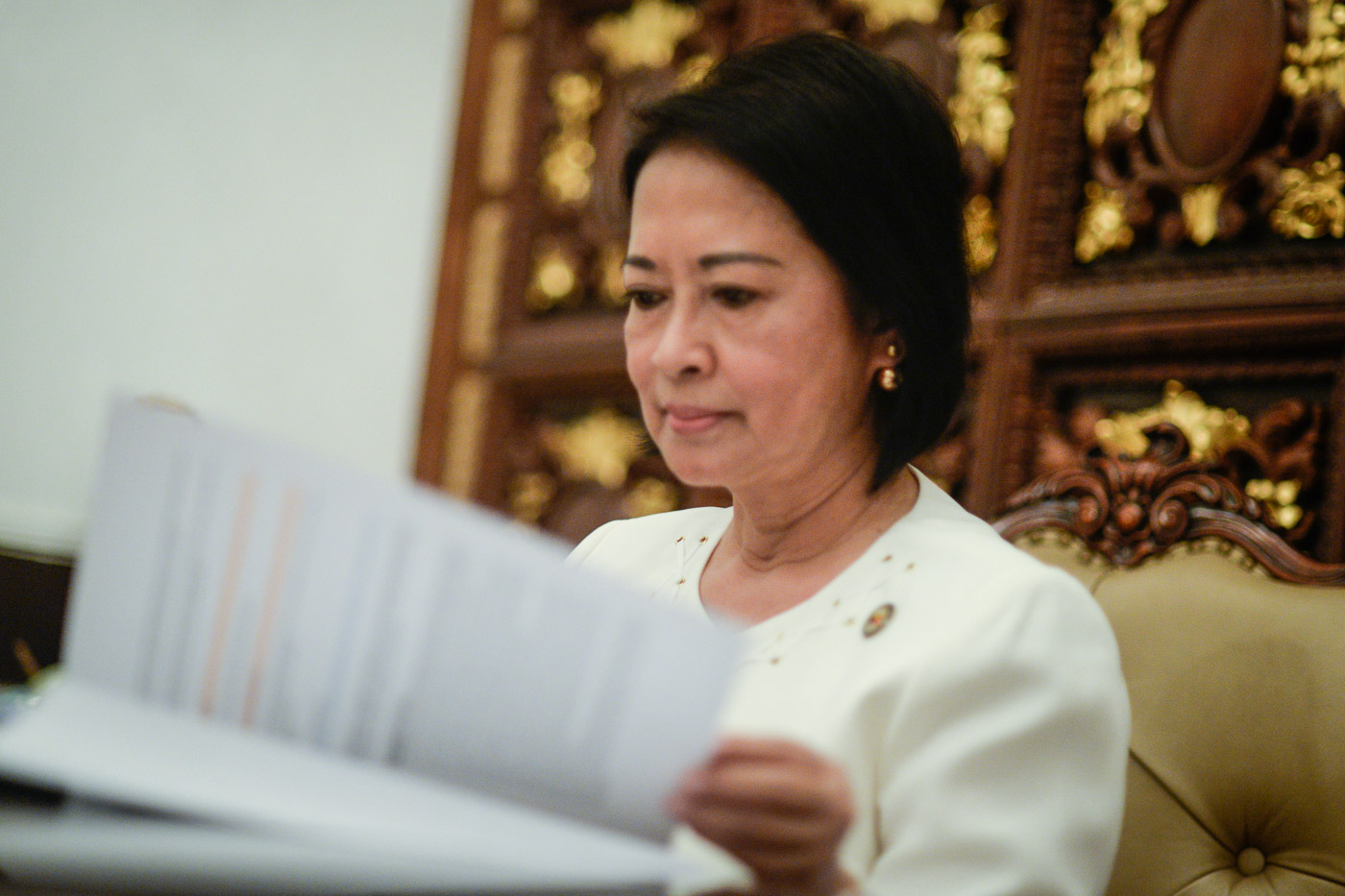 Sato then decided to run for Congress when she maxed out her term as governor in 2001.

“I also wanted the other leaders of the province to experience how it is to govern the province,” she said.

But her inner probinsyana just could not be tamed when she became governor for another 9 years from 2004 to 2013 after serving her first term as congresswoman from 2001 to 2004. Sato then ran and won for Congress during the 2013 and 2016 polls.

“You cannot really say that I am more fulfilled here in Congress, or I was more fulfilled when I was governor, because they are two different positions. Being a congressman, you have to be here in the city. You have to sit there and help pass the laws, make bills and make sure these bills become laws,” Sato said.

“It’s how you look at things and how you believe you have contributed to the best interests of the country and people. I think that’s the better way of looking at it,” she added.

“She is my mentor. You can approach her and be straight her,” said Morala, who joined Sato’s staff when the lawmaker served as the Liberal Party’s secretary-general in 2015.

Sato usually spends Mondays to Wednesdays doing legislative work at the House of Representatives, with CA duties usually reserved for Wednesdays. From Thursdays to Saturdays, Sato goes back to Occidental Mindoro to be with her constituents.

But Morala said Sato finds time to spend with her family despite her schedule.

“She would always have late dinners with her family, [at around] 7:30 to 8 pm,” said Morala, who added Sato’s husband and daughter also visit her in her office.

Like any other public official, however, Sato is no stranger to controversies.

A graft case was filed against her in November 2011 over her alleged failure to turn over a mobile clinic and medical equipment amounting P3.4 million donated by the Philippine Charity Sweepstakes Office and another foundation.

The anti-graft court Sandiganbayan junked the case in February 2015 because the Office of the Ombudsman took too long to complete its investigation.

A certain Apollo Francisco also filed a complaint before the Office of the Ombudsman against Sato for her supposed failure to declare real estate properties under her Statement of Assets, Liabilities, and Net Worth (SALN) in 2009 and 2010, including residential lots and a mansion in Sta Barbara 2 Village in Antipolo City.

According to Sato, the lots were purchased by her husband using the money he got after selling another lot along EDSA.

“I said that property in EDSA was a conjugal property of my husband with his previous wife who passed away, so I had no right over that property,” said Sato.

In another television interview, Sato said they applied for a building permit for the Antipolo property in 2010. Several landslides occurred around the area at the time, prompting the engineer to advise Sato to hold the construction and do a soil analysis first.

(So the construction was delayed. So if my SALN is until December 31, 2010, we had hardly started any construction at the time. So I couldn’t declare it yet because I didn’t know if the results of the soil analysis would change the price of the house.)

Sato said the case, however, has been dismissed for lack of merit.

Sato also said she has been receiving hate messages online since she began her term under the CA, but she remains unfazed. 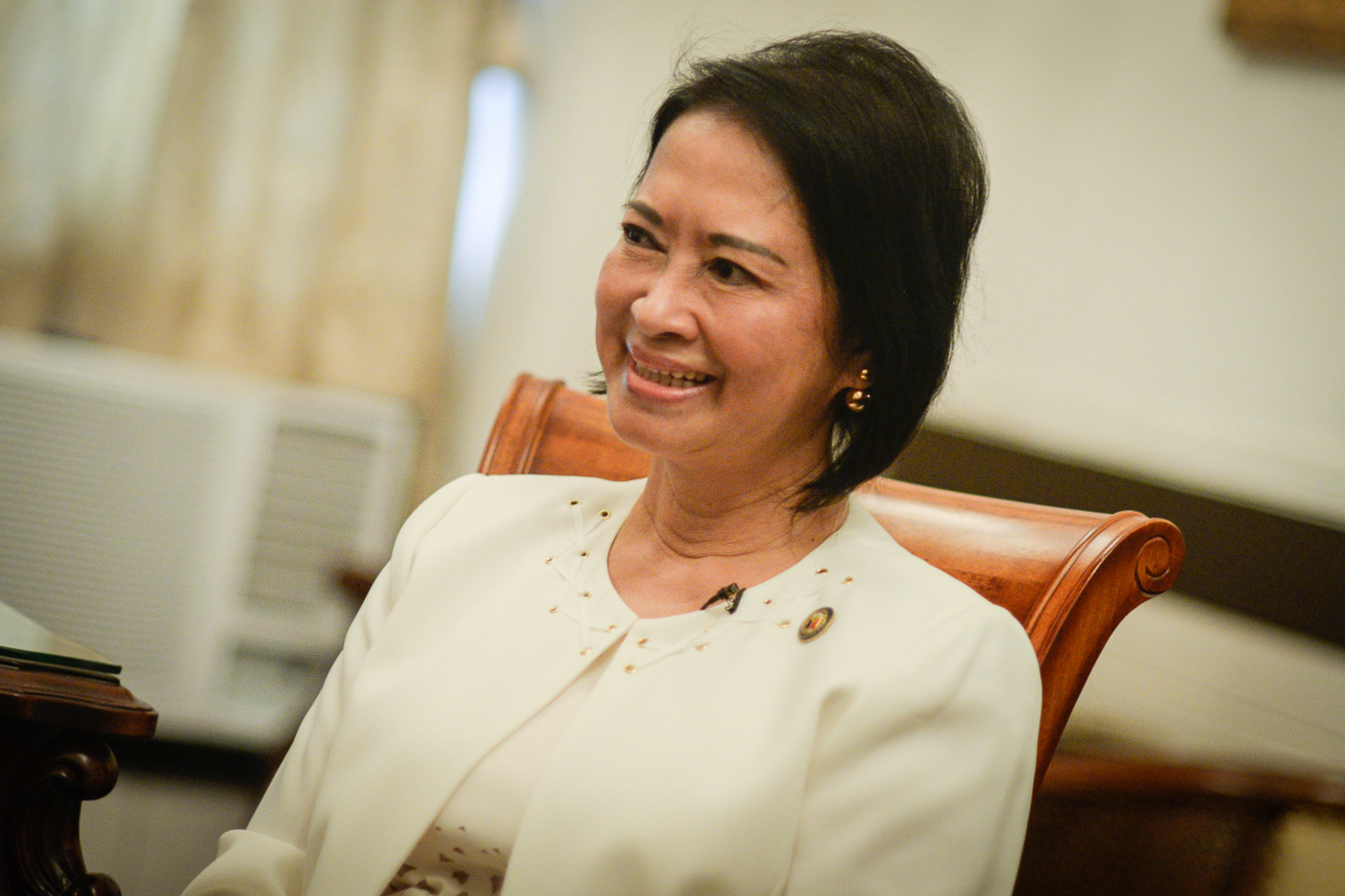 For her, leadership is about putting the country’s interests above yours, even if that means making certain sacrifices.

“You don’t take into consideration your personal ambitions in it. It’s belief in yourself that you can do a lot for your country and your people, even without counting a certain thing will be attributed to you. The honor should always be for the country and the people. That’s leadership,” she said.