Fallen but not forgotten: The 4 SAF troopers killed in Marawi 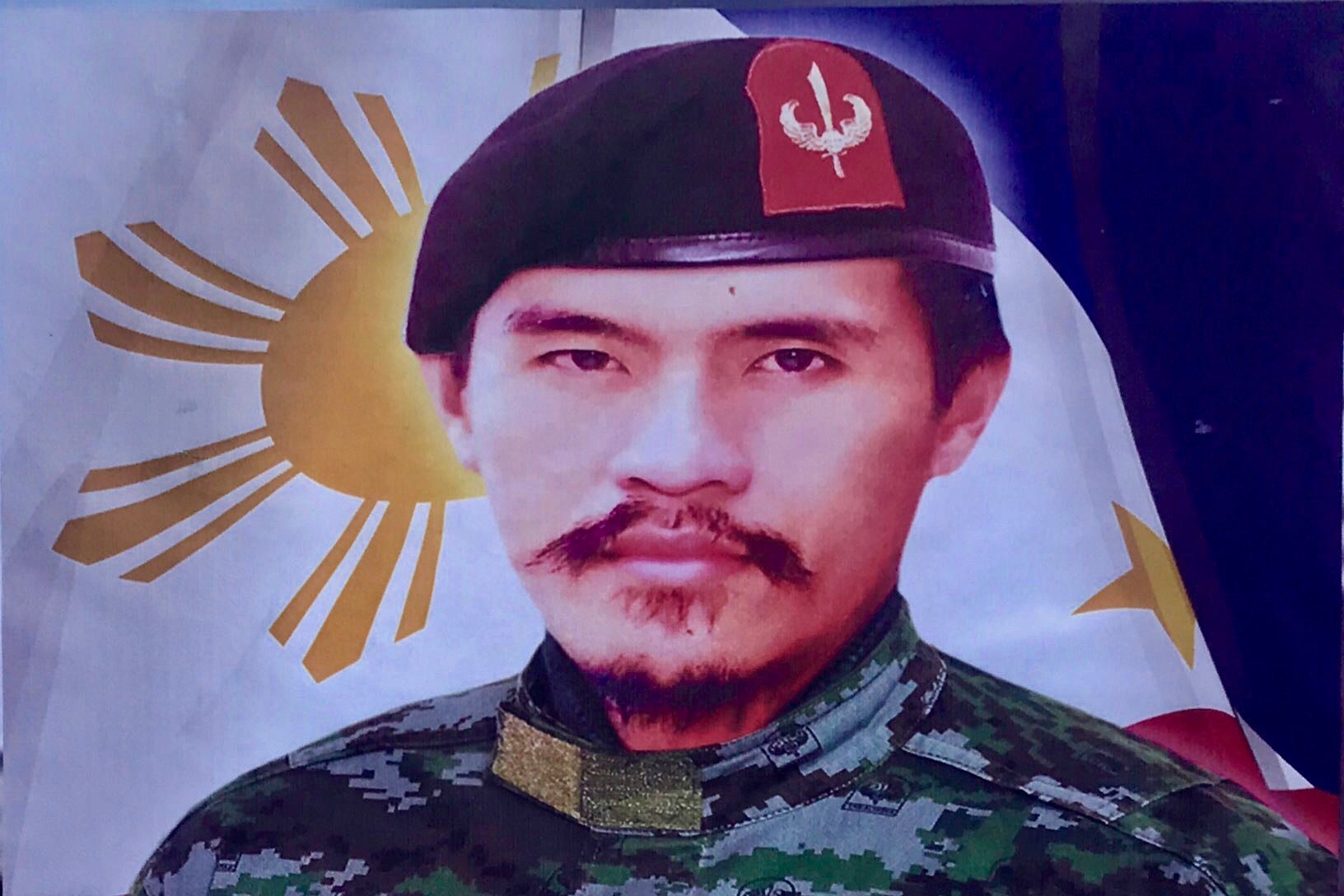 Facebook Twitter Copy URL
Copied
They are fathers, brothers, sons, friends, and as their comrades in the PNP know them, heroes

It was October 25, about 5 months after the war had erupted, and two weeks since the city had been reclaimed. It was the longest and bloodiest security crisis to hit the country ever since the second world war, and the war was won.

The price of victory in war, as the SAF has come to know, are the lives of their men and women.

The Marawi siege was no different.

They were among the first responders when pandemonium exploded in the city, their early contingents coming from Zamboanga and Agusan, and they stayed until the end, complemented by operatives from Manila, Subic, and Cotabato.

At ground zero, they stood both as cops and soldiers, manning evacuation centers and shooting it out with enemies on the battlefield.

Of 165 government personnel killed in the crisis, 4 were SAF commandos.

They are Alexis Mangaldan, Moises Kimayong, Alexis Laurente, and Daniel Tegwa – the missing brothers of the SAF force when they were received with a Heroes’ Welcome in Camp Bagong Diwa. They will forever rank only as high as Police Officer (PO) 3.

“Fallen but not forgotten,” is how they were remembered by the SAF, the words printed in all capital letters over their printed faces on a tarpaulin hung over their comrades during the welcoming program. “Heroes of Marawi” was printed below.

They are fathers, brothers, sons, friends, and as their comrades in the PNP know them, heroes.

It was July 22, one of the bloodiest days of the war. That day, a SAF trooper was among the killed, the SAF’s first fatality.

PO3 Alexis Mangaldan, 35, died while holding off enemies so that his injured allies could pull back.

Mangaldan was the assistant leader of the SAF team tasked to clear the terrain beyond then recently-reclaimed Baloi Bridge, known to troops and locals as Mapandi Bridge. (WATCH: The battle for Marawi’s bridges)

They shared the area with marines who occupied a building across the street.

According to his leader Superintendent Ledon Monte, the enemies performed a counterattack right after the bridge’s reclamation, injuring marine officers.

The SAF team had to provide cover fire so their allies could retrieve their hurt men, positioning themselves on their building’s 2nd and 4th floors. Mangaldan took post on the second, Monte recalled. After they held off the enemies, they had to go down and regroup.

As Mangaldan was going down, a sniper managed to send a bullet into his head. Monte saw him fall.

“Pagkamatay niya, katabi ko siya mismo (I was beside him when he died),” Monte told Rappler in a phone interview.

According to SAF Marawi contingent Commander Superintendent Rex Malimban, while their group was pained by the death of colleagues from the army, Mangaldan’s was different as they were “all brothers” in the PNP’s SAF.

The pain perhaps stung Monte deepest, as he knew Mangaldan before the Marawi siege, working with him in Zamboanga “for months”, and as Mangaldan’s leader, Monte had to make the dreaded call to his family in Abra.

From the call, Monte learned that Mangaldan’s wife was pregnant with their third child – and she did not get the chance to tell him before he died.

The child would have been lucky to have Mangaldan as a father, Monte said. “Nakita ko kung paano siya mag-alaga sa mga anak niya,” he said. (I saw how he took care of his kids.)

(One of the things I will never forget about him is that when he is called to the office, he first takes his motorbike far from their house before he starts its engine because once the kid hears it, the kid would cry.) PO1 Moises Kimayong spent his last mission with soldiers instead of SAF officers. Nonetheless, he protected them as brothers just the same.

According to SAF Marawi contingent chief Malimban, Kimayong, 28, was on a test mission on July 25 with scout rangers from the army, clearing buildings not far from Mapandi bridge.

While Kimayong’s team was going around, they received a distress call from a nearby ally group “pinned down” by Maute Group terrorists. (WATCH: Marawi in 360: Inside the War Zone)

To intercept the enemy, Malimban said, Kimayong’s team maneuvered around the building where the enemies were firing from and entered from behind.

When they entered, all hell broke loose. 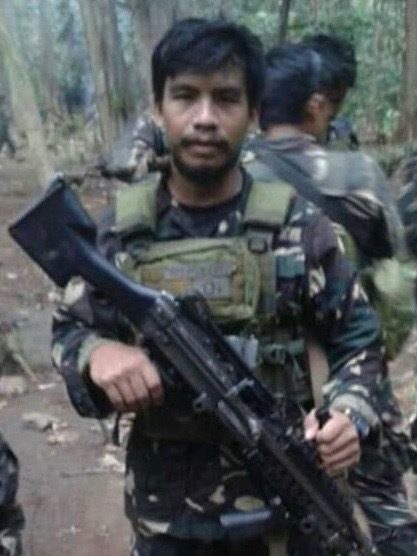 An army scout ranger was hit in the storm of bullets – a classmate of Kimayong’s, said Malimban.

Kimayong singlehandedly carried his “buddy” in the escape, slowing him down enough for the enemies to shoot him down.

Malimban said Kimayong died due to multiple gunshot wounds. He did not specify where Kimayong was hit.

In the Heroes’ Welcome ceremony held for the returning SAF troopers at Camp Bagong Diwa in Taguig on October 25, Kimayong’s SAF brothers said that while they were pained by his death, they were not surprised by his heroism.

PO2 Ian Jamero, Kimayong’s tent buddy from SAF school, told Rappler that Ifugao-born Kimayong was really known for being “matulungin” (helpful) among their batch, even back when they were still aspirants of the PNP’s elite force. PO2 Alexis Laurente, 31, was killed just after his shift from the front lines was over.

According to Police Senior Inspector Rey Guay, Laurente’s team leader in the 11th Special Action Company, it was an unspoken rule that when troopers’ shifts are about to end at a time when ammunition is low, they need to fetch bullets and shells before they leave.

It just so happened that at 1 pm on September 15, when Laurente was about to leave, their team was low on bullets.

“During that time, na 1:15 na yun, pinaalis ko na sila na kuwan, ‘Sige, i-kuwan niyo na ‘yung resupply natin, resupply tayo ng bala para pagkatapos no’n is magpahinga na kayo.’” Guay said. (It was 1:15 pm when I asked them to resupply, I told them that they should go and resupply for our team so they can rest.)

They were 4 cadets who went off for the resupply. To and from their posts, Malimban explained, troopers passed through “mouse holes” carved onto buildings to easily evade enemy snipers.

At 1:30 pm, Guay received a call from Laurente’s group: “Sir, may tama si Laurente (Sir, Laurente has been shot).”

While his group was crossing between two holes, the enemy sniper managed to shoot last-in-line Laurente at his left side, right at the straps that squeeze his protective vest. It was one lucky shot, Guay said, which made the difference in bringing home Laurente dead.

“Talagang natsambahan. Nakita, nasilip, maganda siguro ‘yung silip ng sniper,” he said. (They really got lucky. The sniper may have had a good peek at him.)

(It was very painful because that was their last [mission], he was caught, the following day they were supposed to leave the main battle area, and go for rotation. Unfortunately, he got “last touch”.)

By “last touch”, Guay meant getting shot by the enemies just before retreating, or going home.

According to both Malimban and Guay, Laurente would be remembered in the SAF as a hardworking trooper. He followed orders without questions asked, and spoke only when he wanted more things to be done.

Laurente was a Davaoeño, with President Rodrigo Duterte as one of the many who recognized his heroism in the war, giving his family financial assistance on top of bestowing on him the Order of Lapu-Lapu. October 17 was arguably the happiest day of the siege, the day President Rodrigo Duterte declared the liberation of Marawi City. It was a climax to the achievement of the previous day when troops shot down terrorist leaders Omar Maute and Isnilon Hapilon.

There were enough reasons to celebrate, but “it was a sad day for the SAF,” according to Malimban.

Nobody expected they would lose a young comrade right before victory was announced: PO2 Daniel Tegwa.

Perhaps the most surprised of them all was Ruby Lynne Tegwa, Daniel’s wife who lives in Bauku, in the Mountain Province.

They had their last text message exchange at around 12 pm on October 16. Daniel bragged about the death of Hapilon and Omar. She told him to eat lunch and that she was looking forward to his near return after a 5-month wait.

Ruby Lynne’s world fell apart by 3 pm when condolence calls started coming in. Daniel was not coming home alive, his comrades told her. 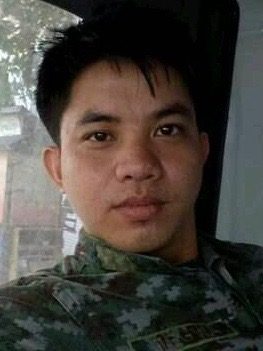 Still undergoing his scout ranger course, Tegwa, 27, was assigned to a test mission on the big day, Malimban said.

His team’s objective was simple: clear a mosque near the area where the enemy was putting up their last stand, and prevent all terrorists from escaping.

Little did they know then, however, that they were treading the path that the leaderless terrorists were on to frantically try to escape.

(It was already the last stand of the enemies, so during that clearing operation, when they entered the mosque, enemies who were inside rained bullets on them. Many were hit and wounded.)

Ruby Lynne had no words to describe Daniel except “perfect.”

(I will remember everything about him, because he was such a good husband. He did not show anything bad to us, only good. For me, he was the perfect husband and father.)

Daniel and Ruby Lynne have a 4-year-old daughter, Tiesh Darriel, who Ruby Lynne said will always remember her father as a hero who fought for his daughter until the end. During the Heroes’ Welcome, PNP chief Ronald dela Rosa touted the SAF as the “silent operators” of the Marawi siege compared to their brothers from the army.

(They said they don’t see action from the SAF in the battle area. I said that is how disciplined our operatives are, they do not push videos or pictures from the main battle area. That’s a true operative, they don’t brag or introduce themselves.)

According to commandos on the ground, they were discouraged from posting on social media, not only for their safety but also because their leaders preferred them to remain low-key in the noise of war.

Now that the conflict has come to an end, commanders like Monte and Malimban said they agreed to speak to the media in memory of their junior troopers.

Asked how he wants his men to be remembered, Malimban said without hesitation, “As ordinary men.”

(I hope they will be remembered as ordinary citizens, ordinary Filipinos who did extraordinary things for the order and peace of our country.)