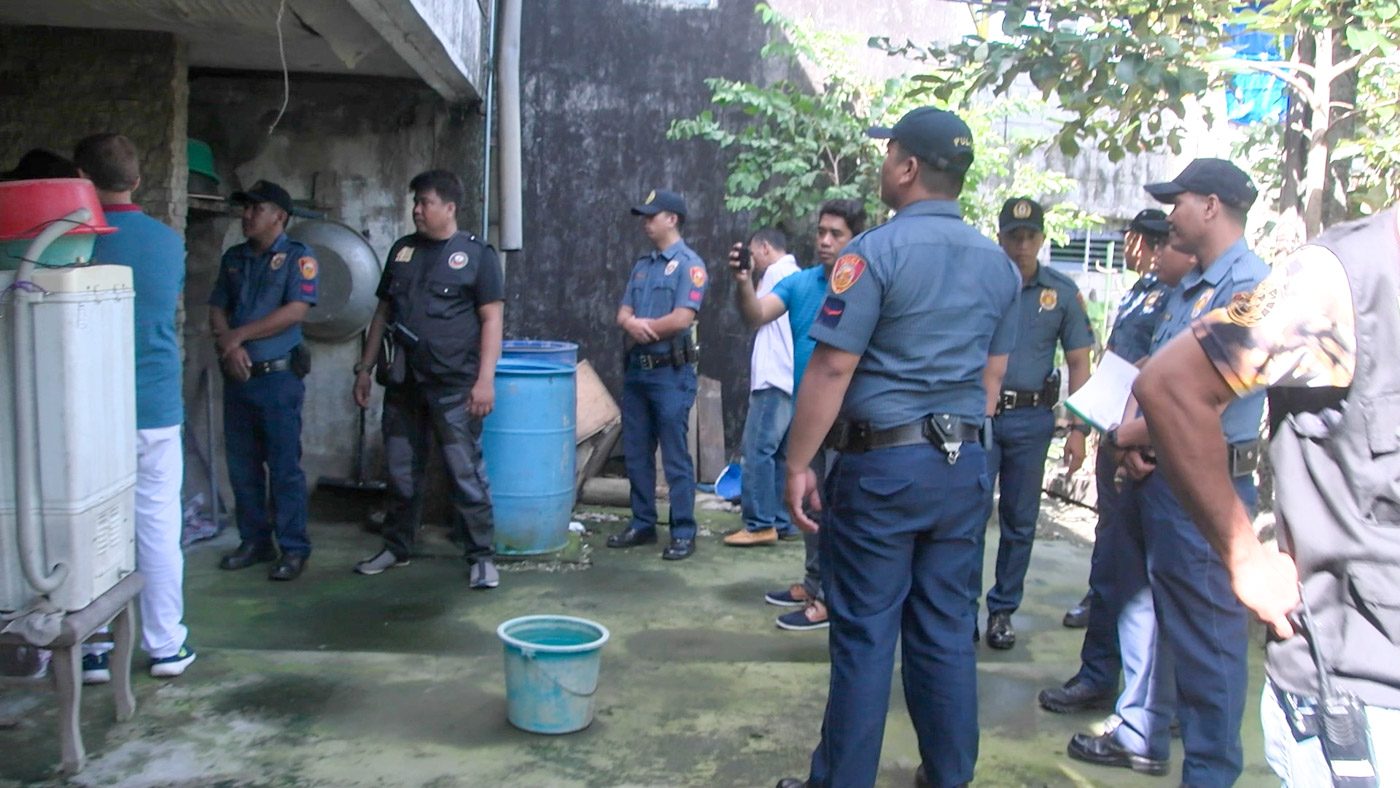 MANILA, Philippines – President Rodrigo Duterte recently signed into law Republic Act (RA) 10973, which gives subpoena powers to the chief of the Philippine National Police (PNP), as well as the director and deputy director for administration of the Criminal Investigation and Detection Group (CIDG).

Malacañang assured Filipinos there is nothing to fear. Presidential Spokesperson Harry Roque said failing to comply with the subpoena does not mean immediate imprisonment; it just means the State can file a petition for indirect contempt against you.

But that’s exactly why it should be an issue of concern. If you are subpoenaed, you will be left with two options: comply or be charged.

“It’s a legalization of a step that they could otherwise not do,” said human rights lawyer Edre Olalia.

Like Olalia, Cristina Antonio from the Center for International Law or CenterLaw – the law firm co-founded by Roque – criticized these new subpoena powers.

“The subpoena powers granted to the PNP chief and his deputy are downright illegal. They are blatant, gross violations of the right to life and liberty, the right against unreasonable searches and seizures, and the rights of the accused under arrest and custodial investigation under the Constitution and laws,” said Antonio.

Here are the reasons why the subpoena powers threaten our rights:

Previously, if policemen wanted to search your home, their only option was to apply for a search warrant before a court. To secure that warrant, they have to answer specific questions from the judge. They have to describe in detail what they are searching for.

With RA 10973, Duterte might have given policemen a shortcut, and actually expanded their search powers.

RA 10973 says a subpoena from the PNP only has to contain a “reasonable description of the books, documents, or things demanded which must be relevant to the investigation.”

“Anything that is relevant — that is very very broad. It is very subjective, who will say what is relevant and what is not relevant? The police. Consequently, this is tantamount to a fishing expedition,” said Olalia.

Olalia cited the Supreme Court (SC) ruling in Babst vs NIC, where it said that even though an invitation “is not illegal or constitutionally objectionable, under certain circumstances, however, such an invitation can easily assume a different appearance.”

“Thus, where the invitation comes from a powerful group composed predominantly of ranking military officers issued at a time when the country has just emerged from martial rule and when the suspension of the privilege of the writ of habeas corpus has not entirely been lifted and the designated interrogation site is a military camp, the same can easily be taken, not as a strictly voluntary invitation which it purports to be, but as an authoritative command which one can only defy at his peril…”

Imagine a regular invitation that is intimidating, then imagine a subpoena that, as Malacañang said, would open you up to indirect contempt charges if you don’t comply.

3. It exposes you to a court charge.

If you’re a vendor who cannot afford photocopying services at the courthouse, let alone a lawyer, the promise of a legal process is not exactly encouraging.

4. It may lead to a warrantless arrest.

Roque said it categorically: they cannot arrest you.

But considering the realities, they just might, said Olalia.

After all, under the Revised Rules of Criminal Procedure, an officer can arrest you without a warrant if they have probable cause to believe you committed an offense.

If that happens, can you sue the policemen and challenge their probable cause in court?

You can, but there is jurisprudence that might let them off the hook.

Olalia cited the SC ruling on Ilagan vs Enrile in 1985, which essentially says that if a person who was arrested without warrant was subsequently charged in court, and ordered arrested by that court, the petition questioning the arrest warrant is moot.

Olalia said peace negotiations with the Left have always sought to reverse that decision. But it stays in place up to now.

5. Will it violate your constitutional rights?

One of these involves your rights under RA 7438, which provides rights for persons under custodial investigation:

“…the right to remain silent and to have competent and independent counsel, preferably of his own choice, who shall at all times be allowed to confer privately with the person arrested, detained or under custodial investigation. If such person cannot afford the services of his own counsel, he must be provided with a competent and independent counsel by the investigating officer.”

It also involves your rights under the Bill of Rights or Article III, Section 2 of the Constitution:

“The right of the people to be secure in their persons, houses, papers, and effects against unreasonable searches and seizures of whatever nature and for any purpose shall be inviolable, and no search warrant or warrant of arrest shall issue except upon probable cause to be determined personally by the judge after examination under oath or affirmation of the complainant and the witnesses he may produce, and particularly describing the place to be searched and the persons or things to be seized.”

The State may argue that a subpoena does not comprise custodial investigation, but note that during the oral arguments on the petitions to declare the war on drugs unconstitutional, Associate Justice Francis Jardeleza said Oplan TokHang is already a custodial investigation, and the knock-and-plead feature of it already violates the Bill of Rights.

What’s the difference between a cop pleading at your door and a cop knocking on your door to serve a subpoena?

Antonio took the lead in the petition of an entire community in Manila that now seeks to declare the entire war on drugs unconstitutional.

“A subpoena power is a quasi-judicial power. The police agency unit’s mandate is an exercise of discretion. With the subpoena powers, you’re giving him the power to judge. That’s a violation of the essence of police enforcement,” Olalia said.

Other bodies which exercise the quasi-judicial power to issue subpoenas are Congress, the Department of Justice (DOJ), and the National Bureau of Investigation (NBI).

Olalia said the police’s subpoena powers then become unnecessary because there are already other bodies who can do it – the closest being the DOJ which is primarily tasked to prosecute crimes.

But there’s the question – where is the DOJ?

“Our frustration in principle is that the DOJ’s subpoena powers only arise during the preliminary investigation. In the United States, the district attorneys (their equivalent of our city prosecutors) always rush to the crime scene,” Olalia said.

In CenterLaw’s petition against the war on drugs, they also question why prosecutors don’t rush to the crime scene.

They cite Circular 61 from 1993, which states that prosecutors should “take the initiative of making a procedural investigation whenever a dead body is found and there might be foul play.”

The DOJ’s own statistics suggest that this did not happen in each of the thousands of deaths in the war on drugs.

“It is so unfair and unjust,” Olalia said. “Marcosian ito, at bumabalik na tayo.” (This is Marcosian, and we are going back to that.) – Rappler.com