Contrary to OIC claim, PhilHealth rents housing for its officers

May 13, 2018 3:45 PM PHT
Camille Elemia
Facebook Twitter Copy URL
Copied
Documents and photos contradict the claim of interim president Celestina Ma Jude de la Serna that PhilHealth 'doesn't have a service apartment' so she has to stay in hotels 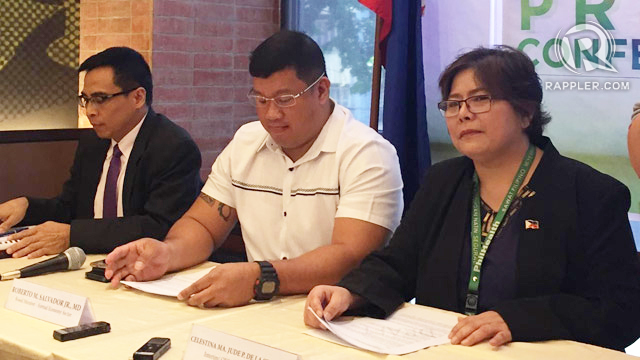 MANILA, Philippines – “PhilHealth doesn’t have a service apartment so I have to be billeted in a hotel.”

Philippine Health Insurance Corporation (PhilHealth) interim president Celestina Ma Jude de la Serna said this in a dzMM radio interview to justify her P627,293.04 worth of hotel stays and travels from her Bohol home to her agency’s central office in Pasig City and vice versa, which Rappler first reported.

To further push her point, De la Serna also said PhilHealth does not want to rent a place for its officers because it would not be good value for money.

“The corporation does not want to rent a place for [its] officers, because ‘di siya laging may tao, ‘di laging magagamit. So usually they are on travel status lang [for] 1-2 days, and then go to a hotel, then leave. Pero sa ngayon po we have officers in government offices na ‘di taga-Manila. I guess ‘yun dapat itanong ko sa GCG (Governance Commission for GOCCs) – ano ang polisiya with regards to this. Hindi naman ako lang ang ‘di taga-Manila na nagwo-work sa government. Marami ring iba,” De la Serna said.

(The corporation does not want to rent a place for its officers, because it won’t always be occupied, it won’t always be used. So usually they are on travel status only for 1-2 days, and then go to a hotel, then leave. But right now we have officers in government offices who are not from Manila. I guess that’s what I should ask the GCG – what’s their policy with regards to this. I’m not the only one who isn’t from Manila who’s working in government. There are many others.)

Photos and documents obtained by Rappler, however, contradict the claims of the officer-in-charge. While PhilHealth does not own service apartments, it has gone into contracts with condominiums for officers’ use. There are also instances when a reassigned officer looks for his or her own apartment or condominium with the housing allowance given.

De la Serna was designated OIC on April 10, 2017. On April 18, 2017, PhilHealth’s Physical Resources and Infrastructure Department (PRID) asked the office of a senior vice president if De la Serna could check the condo he is renting at Two Seven Residences in Kapitolyo, Pasig City, near their office. The PRID supposedly said De la Serna plans to continue the lease when the original contract ends by the last week of May.

The rent for the fully furnished studio-type condo unit, a 5-minute walk from the office, was P15,000 a month, according to the senior vice president who refused to be named. Including electricity, water, and other fees, it would amount to P18,000. 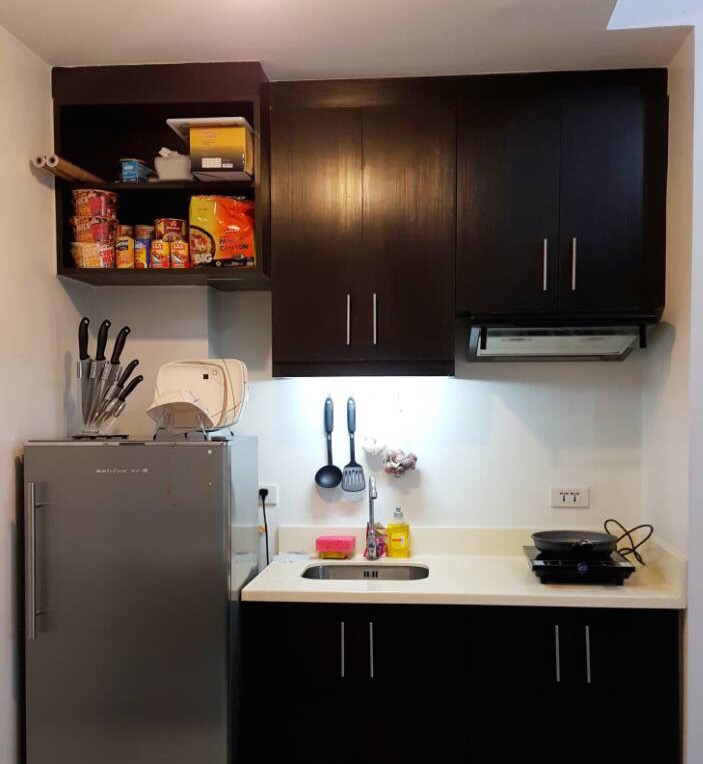 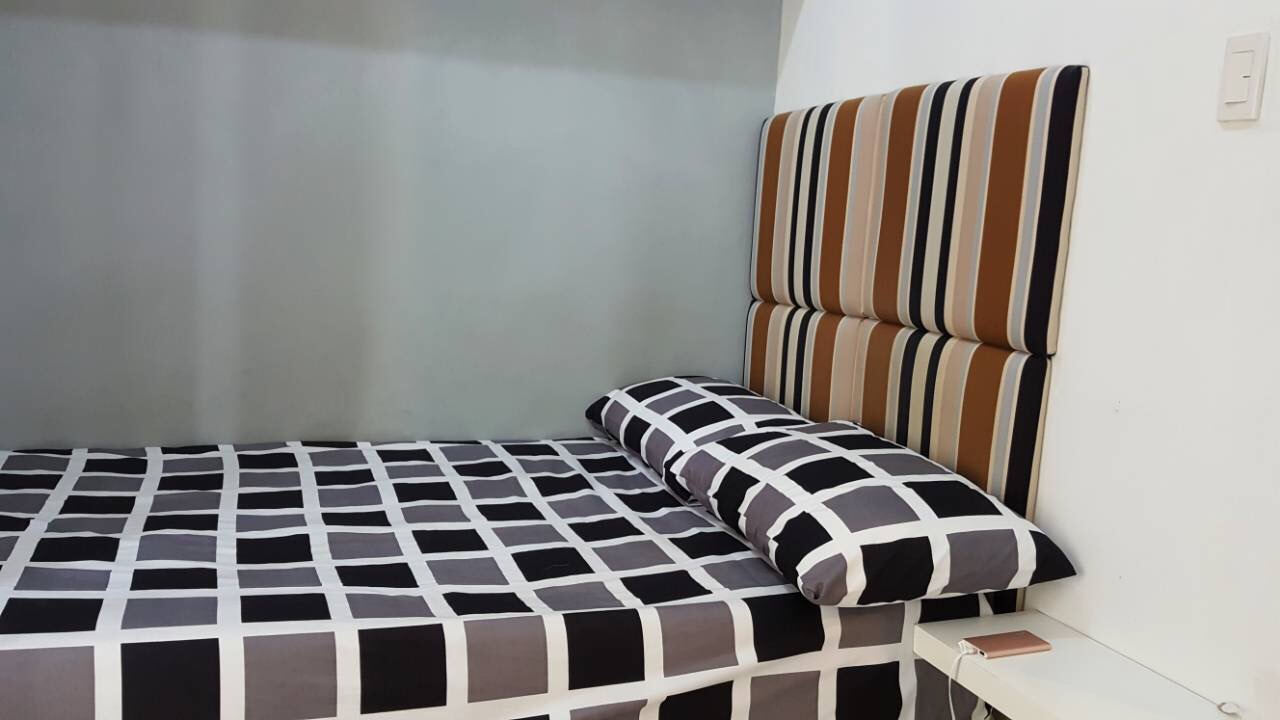 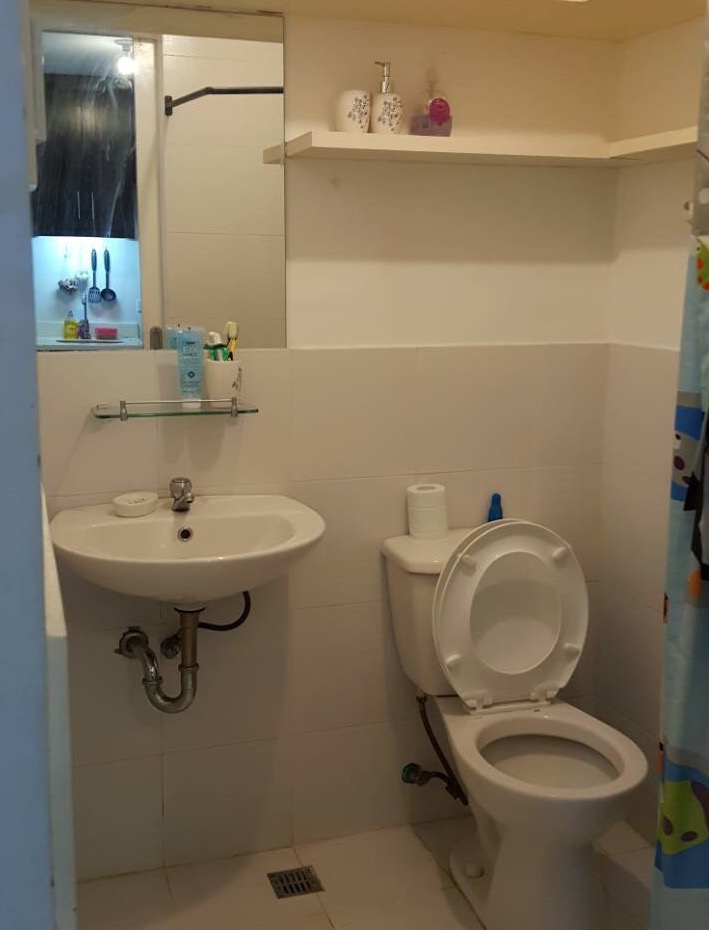 PhilHealth also supposedly rushed the senior officer to turn the condo over to the agency by May, saying De la Serna would use it. The original 6-month contract ended May 31 with an option to renew for another 6 months or more. But it did not happen.

Asked about this, De la Serna told Rappler: “Don’t know about that. Sorry, I’ll check. Thanks.”

Instead of renting, De la Serna opted to spend government funds for her flights to and from Bohol and her hotel stays near the office.

For the two-week period from May 28 to June 10, De la Serna spent P51,991.72 for her round-trip flights and accommodations at Legend Villas and BSA Towers. This is more than double the amount had she rented a place.

In a dzMM interview, De la Serna admitted wanting to regularly go home to Bohol because she is really based there.

“I want to go home to Bohol kasi doon po talaga ko nakatira, ‘di naman ako dito based sa Manila (because I really live there and I’m not based in Manila). Pero minsan (But sometimes), the work would keep you from going home, so I have to stay sometimes 3 to 6 weeks [in a hotel] before I can go back to Bohol,” she said.

Rappler also obtained a document that counters De la Serna’s claim that the agency does not rent apartments for its officers because it wouldn’t always be occupied.

The document shows PhilHealth directly entered into a lease contract with Lorenzoland, a corporation that owns a condominium in Kapitolyo.

The lease was valid for one year, from January 23, 2017 to January 22, 2018, and cost P10,640 a month. Another PhilHealth senior officer reassigned to Manila stayed there from January to March 2017. It is uncertain, however, if PhilHealth paid for the remaining months after the officer left in March.

De la Serna could have stayed there until January 2018, as she was designated OIC on April 10, 2017. Or if not there, she could have rented another place as the Board of Directors already granted her nominal housing allowance, despite having her permanent or official station at the central office in Manila.

Prior to becoming OIC, De la Serna was already part of the PhilHealth Board of Directors as representative of Filipino migrant workers. She was not a reassigned officer, as her stint in PhilHealth is her first position in government, according to her curriculum vitae.

On May 2, Rappler officially requested a copy of the board resolution, but it has yet to be given. To date, it is still unclear since when the board granted De la Serna nominal housing allowance and travel reimbursements.

De la Serna has said that her travel reimbursements are backed by legitimate documents, such as travel authority signed by PhilHealth Chairman and Health Secretary Francisco Duque III.

Duque, when earlier asked by Rappler, said he signed De la Serna’s reimbursements because he just “continued” the actions of his predecessor, Paulyn Ubial, whom employees say was an ally of De la Serna inside the agency.

“Inabutan ko na ‘yan (That was already the case when I became health secretary). I continued it because the President has not appointed a new CEO yet. ‘Di ako masyado sa PhilHealth (I am not that involved in PhilHealth affairs), [more on] policy formulation… and of course board action,” Duque told Rappler in a phone call on April 26.

It is unclear if De la Serna’s travel reimbursements are the same as the housing allowance granted to her.

And even if travel authority had indeed been granted, the issue remains: the imprudent use of public funds and taxpayers’ money.

Republic Act No. 6713 or the Code of Conduct and Ethical Standards for Public Officials and Employees mandates public officials’ “commitment to public interest.”

“Public officials and employees shall always uphold the public interest over and above personal interest. All government resources and powers of their respective offices must be employed and used efficiently, effectively, honestly, and economically, particularly to avoid wastage in public funds and revenues,” the law states.

De la Serna maintained that the money spent on her travels between Manila and Tagbilaran City were “aboveboard” and within the limits set by existing government regulations.

“These accommodations are not expensive hotels which I could have asserted as part of the privilege attached to the position. I have settled for modest accommodations in keeping with the President’s call for austerity and prudence,” De la Serna said in a press conference on May 8.

President Rodrigo Duterte has since ordered a probe into the issue against De la Serna.

The PhilHealth OIC is the daughter of Victor de la Serna, one of Duterte’s professors at the San Beda College of Law and also a member of his Consultative Committee on amending the 1987 Constitution. – Rappler.com