MANILA, Philippines – They’ve been accused of executing vigilante-style killings at night after their shifts. They’ve been criticized for teen killings, as 17-year-old Kian delos Santos and 19-year-old Carl Arnaiz were later found to have been shot dead defenseless, not slain in legitimate police operations.

And as President Rodrigo Duterte marks his 2nd year in office, members of the Philippine National Police (PNP) are caught in yet another pattern that has become a magnet for public criticism: the reappointment of cops linked to scandals and controversies.

This does not come as a surprise, though, because while the PNP has an internal cleansing program to weed out undesirables in the force, the President himself has repeatedly assured its men and women that he is their principal backer at the frontlines.

In Duterte’s first address to the PNP on July 1, 2016, after he became president, he declared: “Do not bullshit with me but do your duty, I will die for you. Do your duty and if in the process you kill 1,000 persons because you were doing your duty, I will protect you.”

Two years on, while some policemen are slammed for their actions and evicted from their posts, the PNP leadership clears, reinstates, and, in other cases, even promote them.

Critics call this recycling. The PNP calls it a reappointment, the process of giving personnel a second chance. 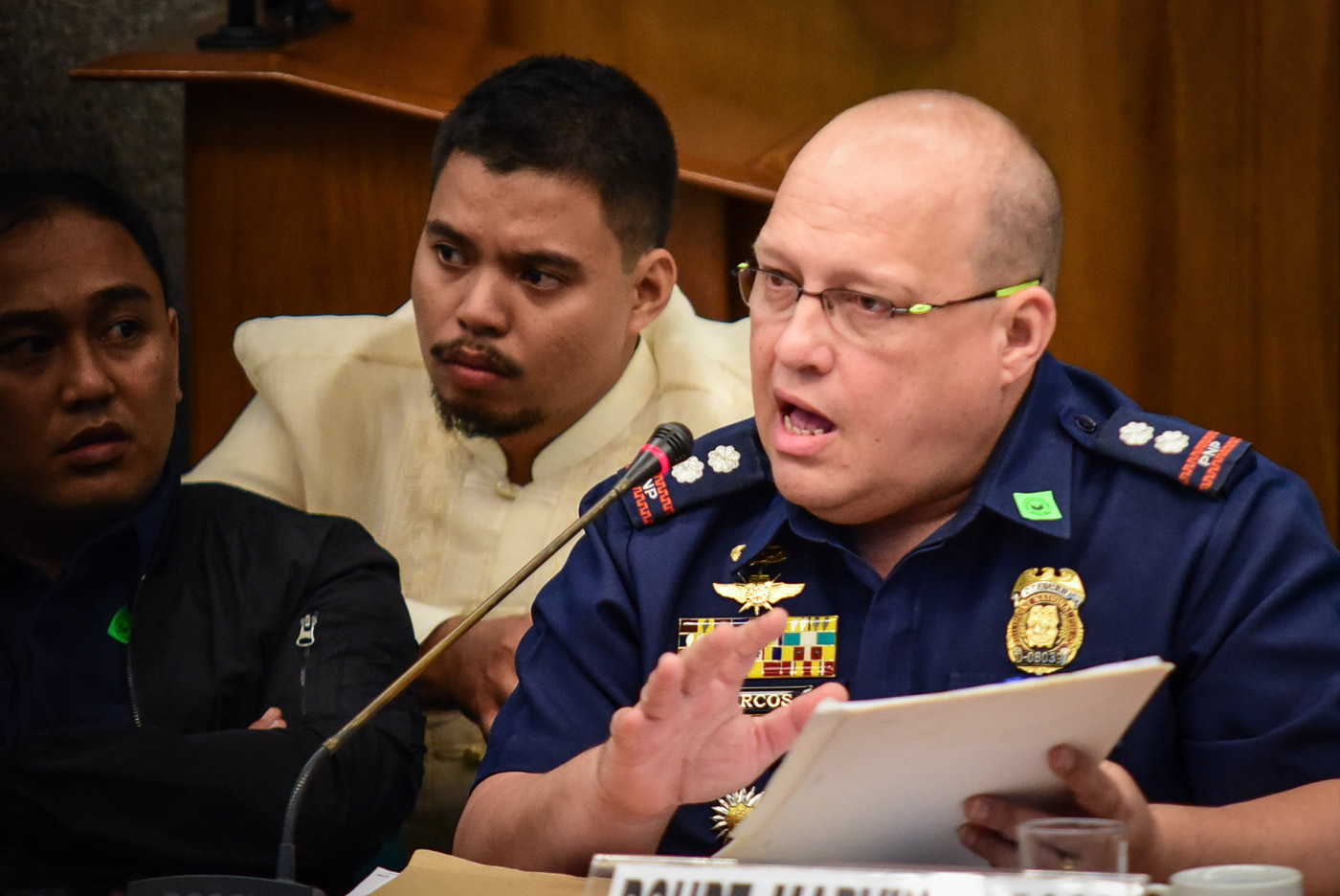 Superintendent Marvin Marcos is perhaps the most recognizable police official who enjoys the unflinching support of President Duterte.

As former chief of the Eastern Visayas Criminal Investigation and Detection Group (CIDG), he was implicated in the jail cell killing of Albuera town mayor Rolando Espinosa in November 2016.

Marcos and his men claimed Espinosa fought back so they killed him. But the National Bureau of Investigation later declared Marcos’ alibi a farce, noting that the supposed intended search in Espinosa’s jail turned into a rubout.

Marcos was first sacked following accusations he was a protector of drug lords. Upon Duterte’s orders, Marcos was reinstated on the same day of his removal, puzzling even then PNP chief Ronald dela Rosa.

He was suspended once more after a homicide complaint was filed against him. But he was reinstated upon the orders—again—of President Duterte.

Marcos is now chief of the CIDG in Mindanao’s Soccsksargen region, ready for promotion. In a chance interview with Rappler, Marcos said he’s doing well. And it shows; he was even seen joining festivities inside National Police Headquarters Camp Crame.

Marcos belongs to the PNP Academy Class of 1995. 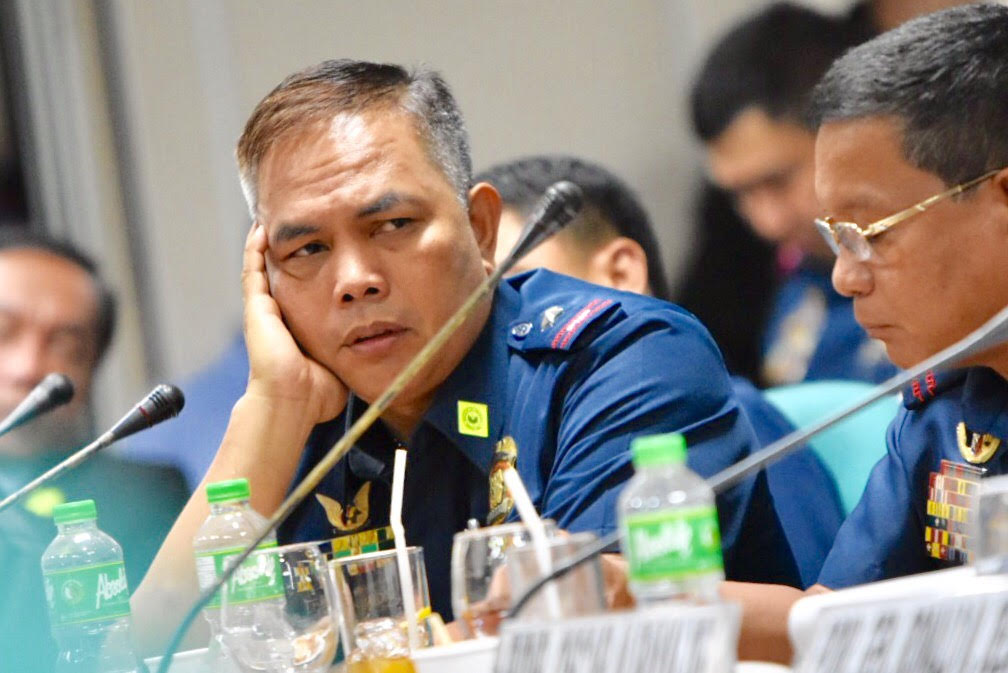 Chief Superintendent Roberto Fajardo is one of the highest-ranking cops to be sacked under the Duterte administration following a controversy: the killing of Kian delos Santos in August 2017.

Then chief of Metro Manila’s Northern Police District (NPD), Fajardo was fired following public rage over the teen’s killing. Sacked ahead of him was then Caloocan police chief Senior Superintendent Chito Bersaluna.

Before he was ordered to step down, Fajardo issued bold comments against the dead minor, incurring more flak. He insisted that Delos Santos was a drug “addict and pusher” whom he claims had been painted as “kind” only in the aftermath of his death.

For months, Fajardo held no position and became a “floating” general, before being assigned at the National Capital Region Police Office (NCRPO). 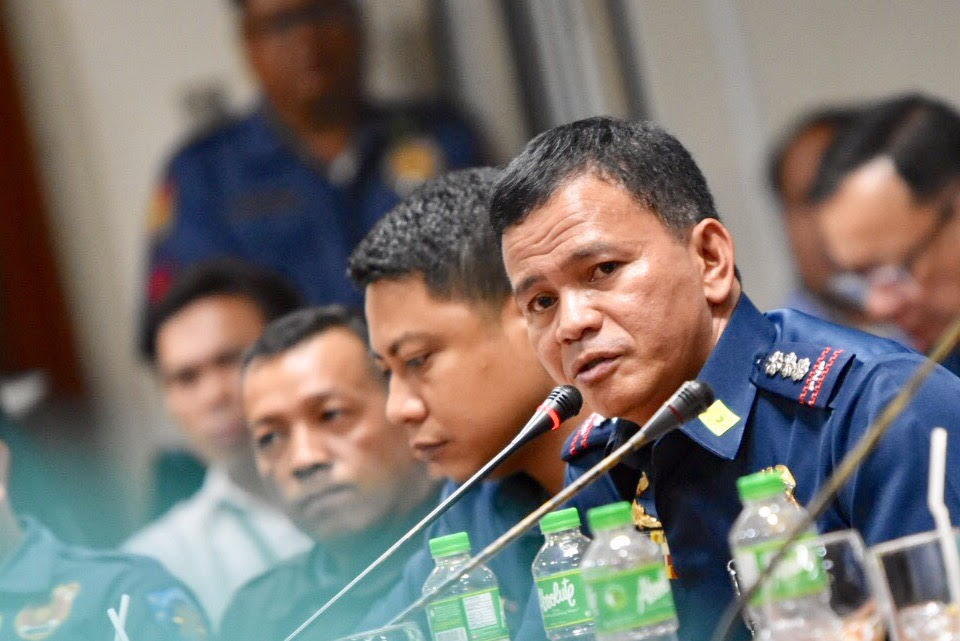 Bersaluna, on the other hand, has been reassigned to lead the Bulacan provincial police office, which is known for recording high numbers in killings, arrests, and confiscation of illegal drugs.

Albayalde did not reinstate Fajardo and Bersaluna on a whim.

The PNP chief reactivated the oversight committee on appointments, which is also dominated by his classmates from the Philippine Military Academy Sinagtala Class of 1986.

Fajardo belongs to the PMA Class of 1987, while Bersaluna to the PNP Academy Class of 1994. 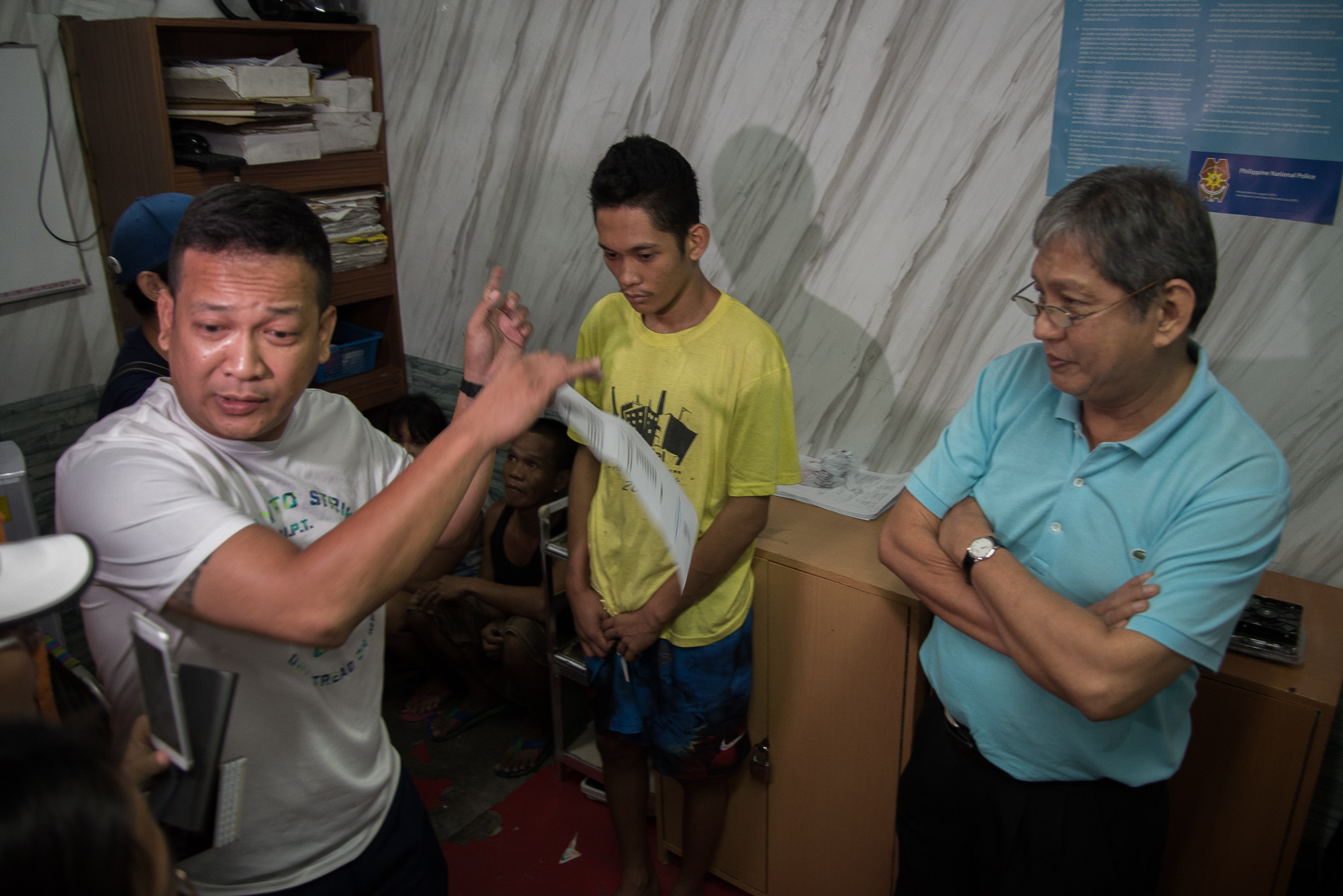 Superintendent Robert Domingo was the commander of the police station where the Commission on Human Rights (CHR) uncovered a secret jail cell that caged around a dozen men and women in April 2017.

Then Manila Police District (MPD) Station 1 Commander, he was sacked a day after the rights commission discovered the jail cell and as probes were launched by the CHR and the PNP.

Domingo is now back in harness as officer-in-charge of neighboring MPD Station 2.

He was reassigned to the new post under former MPD head Chief Superintendent Joel Coronel, who himself is now in a new position since last June as deputy chief for administration—the number 2 man—of the NCRPO.

Coronel told Rappler that Domingo was reassigned because “he was already cleared by the NCRPO,” of any charges. The NCRPO at the time was headed by Albayalde. Coronel added that while a probe pushed through in the House of Representatives, there were no recommendations to file charges against Domingo and his men.

“Essentially, he was cleared,” Coronel said in a phone interview.

Sought for comment, Domingo, however, told Rappler that he has not been left off the hook yet. The CHR filed a case against him before the Office of the Ombudsman, he said, the reason why he was only given an officer-in-charge position in his new station.

Domingo added that he will not stay in the position any longer as he will go for required police studies starting July 2. After schoolwork, he could qualify for a promotion, even a new position.

Cops to watch out for: SAF, Argoncillo cops 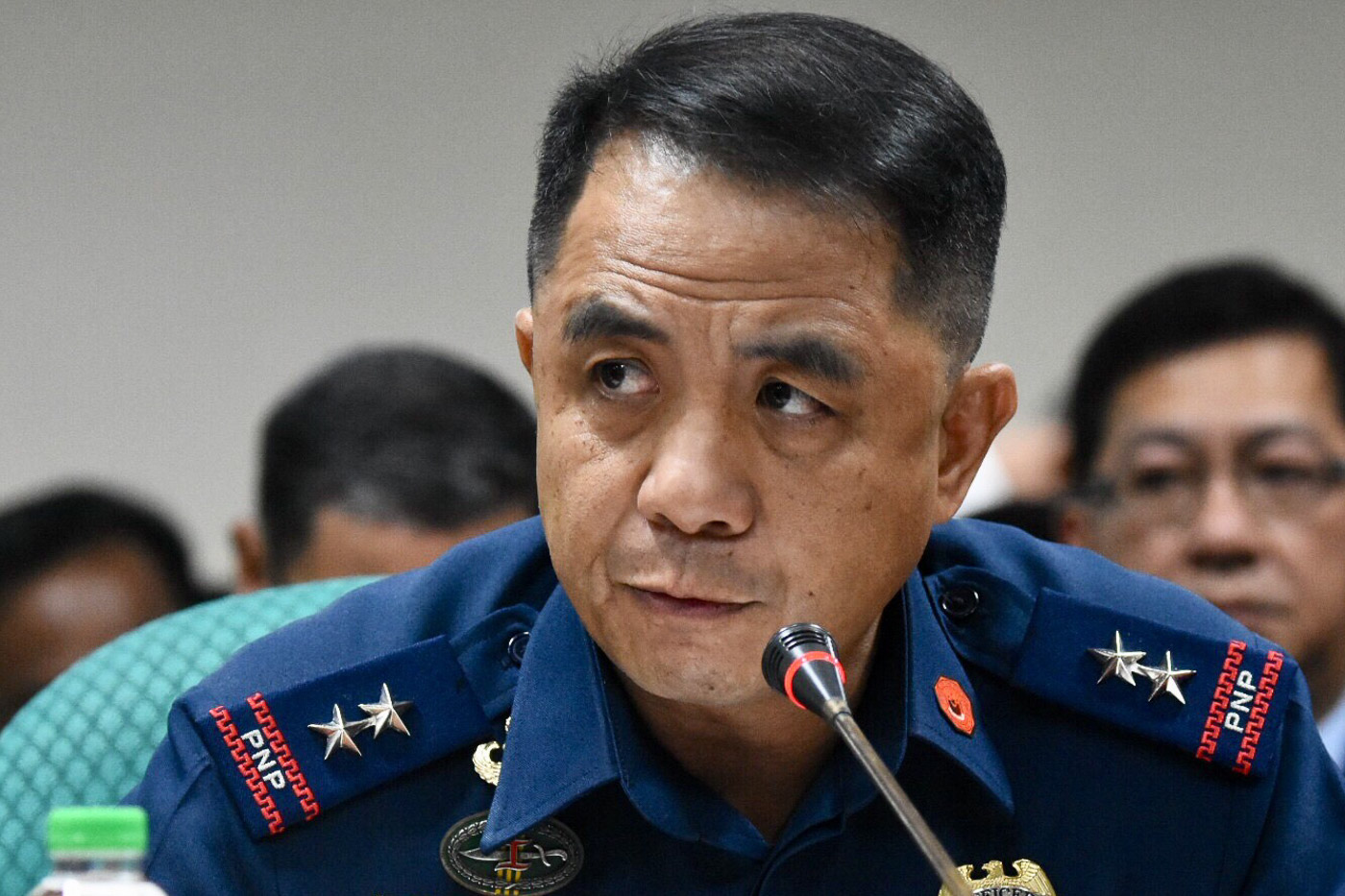 While some cops have been put back into active service, others are eyeing their return, particularly in the elite Special Action Force (SAF).

The SAF, while it had its heyday as one of the PNP’s most prestigious units, found itself again in hot water after its former chief, Director Benjamin Lusad, his fiscal officer Senior Superintendent Andre Dizon, and budget office personnel Senior Police Officer 2 Maila Bustamante and Senior Police Officer 1 James Irica were accused of losing P59.8 million intended for allowances of ground troops.

They have all been sacked from their positions as the PNP, the Ombudsman, and the Senate investigate the case.

The most senior, Lusad is not set to retire until January 1, 2020, while the rest have over 20 years of police service ahead of them before retirement, should they be cleared from this case.

Recently, 5 cops from the Quezon City Police District Station 4 were relieved from their posts after 25-year-old Genesis Argoncillo was beaten to death under their watch on June 19.

Most senior of them is Superintendent Carlito Grijaldo, the station’s commander when the fatal beating happened. They have been assigned to the holding unit of the NCRPO.

So far, witness accounts have cleared Station 4 cops of culpability in the killing of Argoncillo, paving the way for their return. 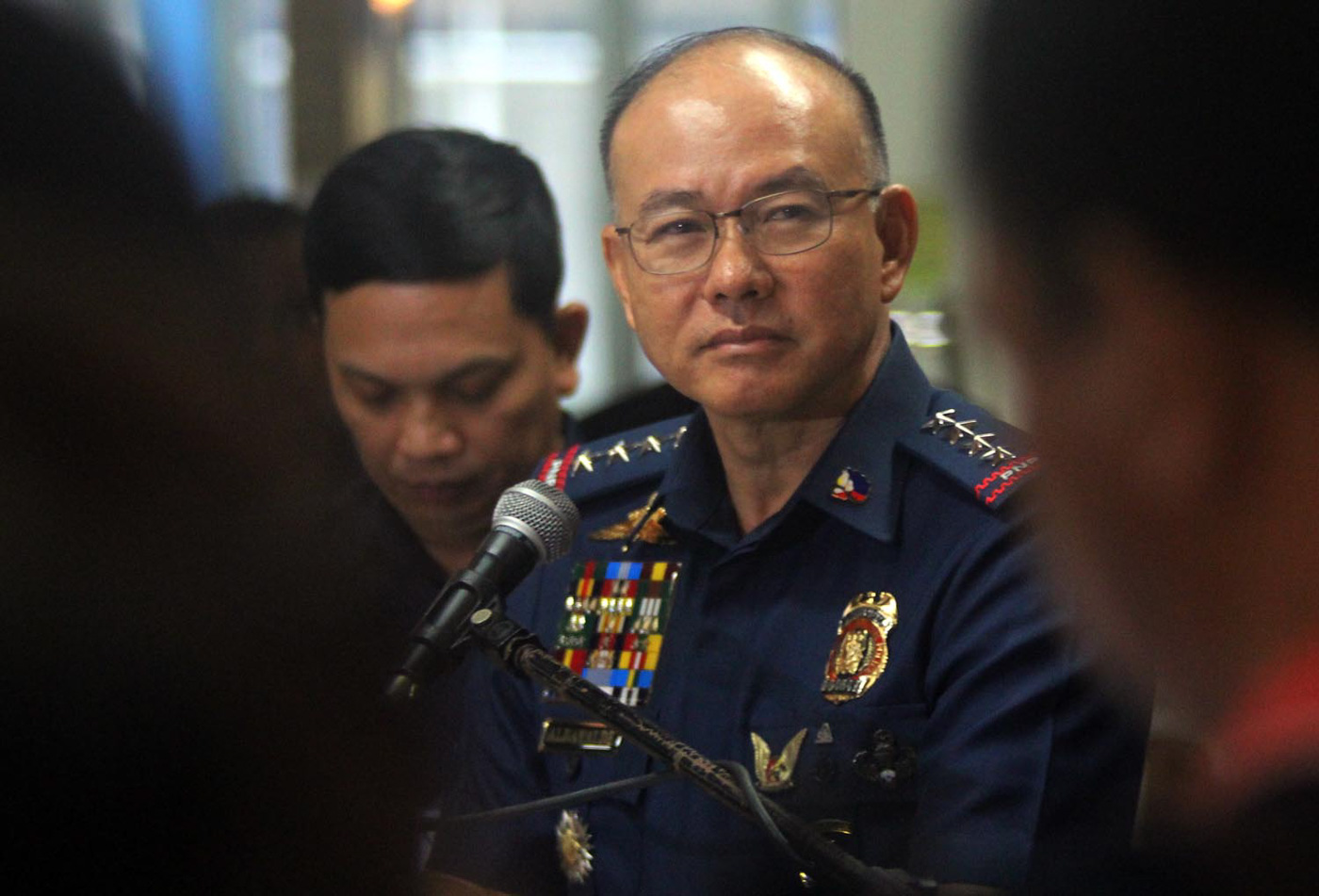 Citing PNP policy, spokesperson Senior Superintendent Durana said that as long as the accused cops have not been found guilty, they are eligible for service.

“They went through due process, and found out that they have lesser offense, or they were totally acquitted after a thorough investigation. It’s also fair for them to recover from the unfounded accusation against them,” Durana told Rappler in a phone interview, invoking the presumption of regularity for police officials.

On the reappointment of Fajardo and Bersaluna, PNP chief Oscar Albayalde emphasized that the returning cops have been cleared by investigators.

“It’s just administrative relief. He has no case anymore and we see that the man is really working,” Albayalde said in a mix of English and Filipino in a chance interview, assuring the public that the PNP appointed them because they are qualified for the job – regardless of their blemished past. 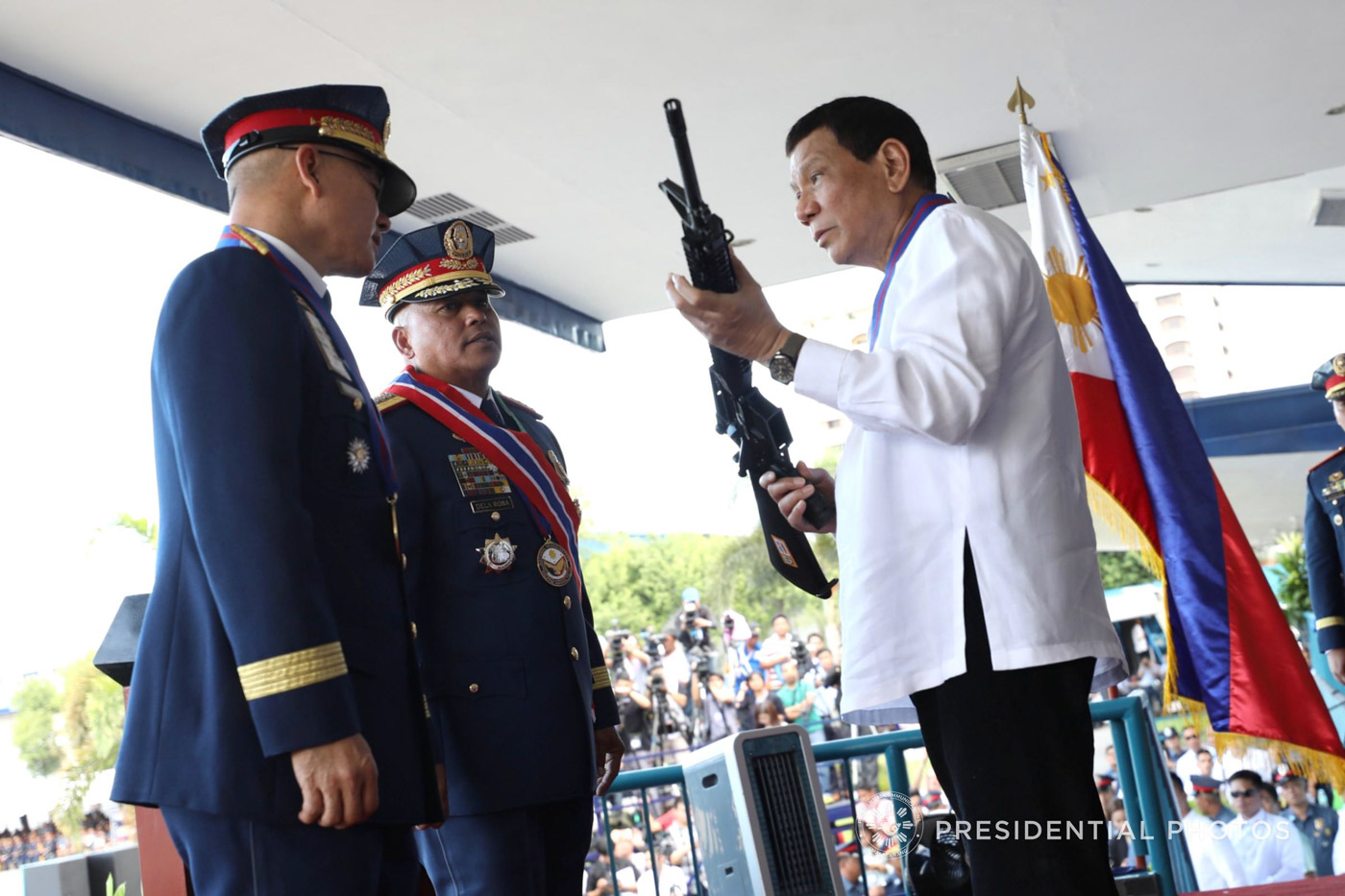 “We are putting people we know can help in the fight against illegal drugs and criminality, because we know this is the thrust of this administration,” the top cop said, adding that they are better utilized than kept idle as investigations move forward.

Can’t the PNP choose other officers with untainted service reputations?

“Kulang talaga tayo (Our numbers are not enough),” said Durana pointing to the PNP’s longtime problem of being undermanned vis-a-vis the Philippines’ growing population, even if it is one of the biggest government agencies.

And so the process of recycling or reappointment is seen to continue in the PNP.

After all, the President’s got their back. – Rappler.com