IN NUMBERS: Foreign visitors up by 10% despite Boracay closure 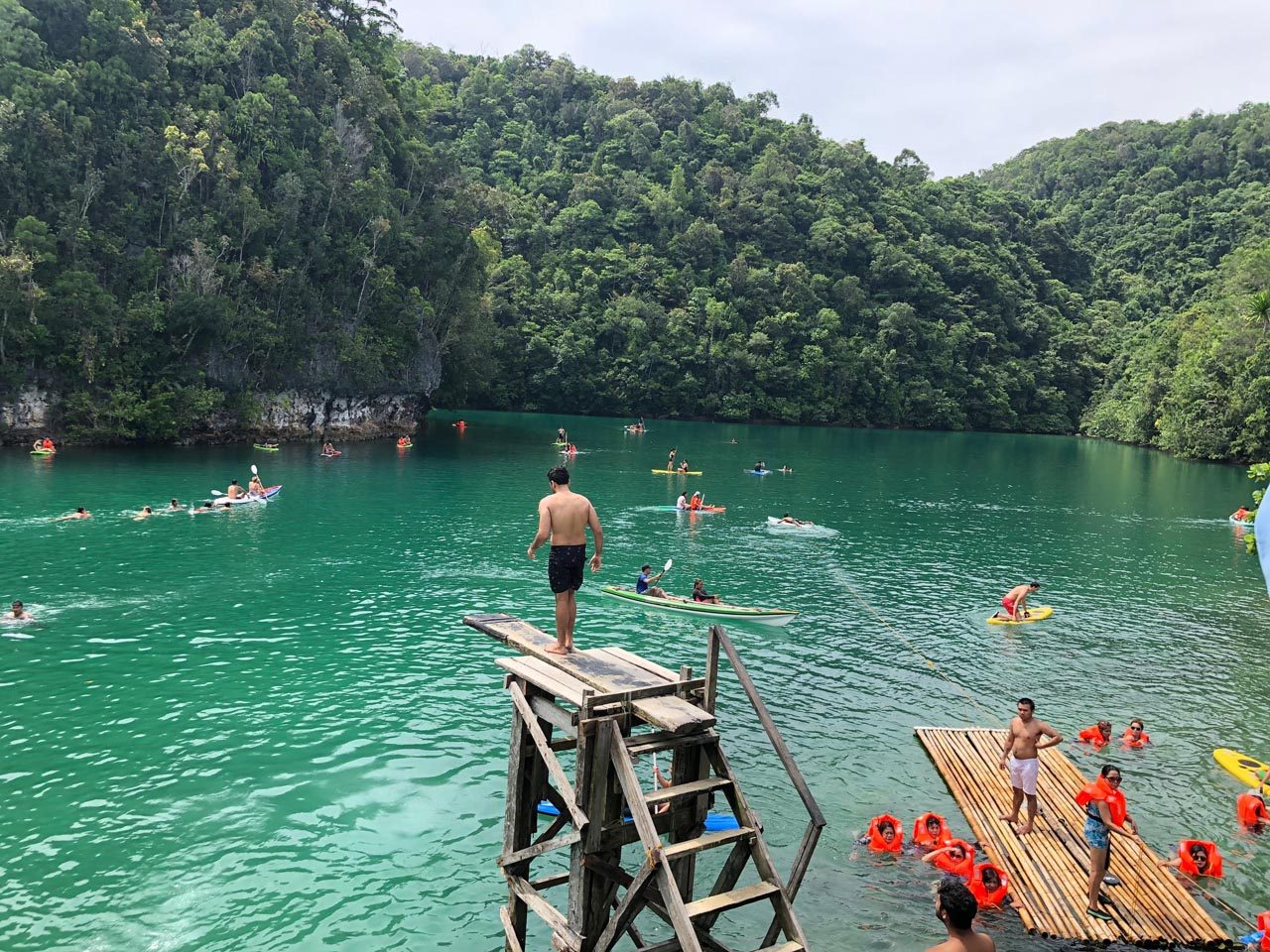 MANILA, Philippines – Tourist arrivals in the Philippines continued to climb even  with the temporary closure of famed destination Boracay Island, the Department of Tourism (DOT) said.

Speaking to hotel owners and marketers on Thursday, July 5, DOT Spokesperson Bong Bengzon said that the country saw a 10.24% year-on-year increase in foreign visitors from the period of January to May.

“Despite the closure of Boracay in late April, foreign visitor arrivals in May still grew month-on-month. Total arrivals in May 2018 reached 537,743, representing a growth rate of 0.94%,” Bengzon said.

Though the figures show a decline from January to May this year, a similar trend can be observed in the previous year.

Last year, tourist arrivals slumped to 474,854 visitors in June 2017, but it spiked to 568,035 the following month. The high numbers in mid-year 2017 can be attributed to seasonal changes in temperate countries, when July marks the start of summer.

South Korea continued to be the Philippines’ top source of visitors from January to May with 705,548 travelers, followed by China with 559,289 visitors.

South Korean travelers comprise more than a fifth of the countries’ foreign visitors at 22.20%, while China is at 17.80%.

Americans came in at third with about a half a million visiting the Philippines from January to May.

Data from the first 5 months of 2018 showed a high number of Chinese visitors.

From January to May, more than half a million Chinese nationals visited the Philippines, or a growth rate of 43.81% compared to the previous year.

During the same period in 2017, China was a far third from South Korea and the United States – with 388,896 Chinese nationals visiting the Philippines.

February saw the highest increase in Chinese travelers, with 145,536 nationals visiting the country. This figure is an 85.99% month-on-month increase – the highest in the first 5 months of 2018.

Towards the end of 2017, China officially dislodged the US as the second top market in terms of tourists, with close to a million Chinese visiting the Philippines then.

In August 2017, the Philippines allowed visas on arrival for Chinese visitors who are part of tour groups of DOT-accredited operators and businessmen.

As Chinese visitors continue to grow, Bengzon said the Philippines is considering shortening the visa on arrival process for Chinese travelers.

The country’s friendlier ties with China under the administration of President Rodrigo Duterte has drawn more Chinese tourists to the Philippines.

In a media interview, Bengzon said that foreigners continue to visit the Philippines, despite the closure of top tourist destination Boracay.

He said that tourists merely went to other beach destinations. (READ: Which tourist spots will be rehabilitated after Boracay?)

“The Boracay experience is an ultimate lesson in balancing development and protecting the environment. Lessons learned are not for Boracay alone but also for the other island destinations around the county,” he said.

Duterte ordered the 6-month closure of Boracay due to its environmental problems, starting April 26. Officials said that rehabilitation efforts in the island are currently on track. (INSIDE STORY: How Duterte decided on Boracay closure)

The tourism official said that the government recently allowed hotel owners to start accepting booking late October, as the re-opening of the island is slated on October 26.

The DOT also prioritized working with the Boracay inter-agency task force, the business sector, and local communities to “transform the island into a model for sustainable and responsible tourism.”

“As we face the next half of 2018, we look forward with excitement to hitting a new high in Japanese tourism arrivals by breaching the 600,000 mark,” Puyat said during a recent business mission to Japan, addressing stakeholders in Japan’s tourism industry and tourism officials there.

Bengzon said on Thursday that while Korea, China, and Japan continue to be the country’s “bread and butter,” the government is also looking at expanding inbound visitor arrivals from other countries.

He said that countries like India, France, Spain and Russia; and countries from the Middle East and the Mediterranean are the opportunity markets, while those in Southeast Asia will also be given attention due to the ease of shorter travel.

“In the end, what we want is a good mix of source markets and more targeted marketing to ensure that we attain headcount and revenue targets in the National Tourism Development Plan,” Bengzon said.

The award-winning campaign “It’s More Fun in the Philippines” will also be retained, the spokesman said. A pivot towards digital marketing will also be pursued, given the “ever-changing nature of booking patterns by millennials,” he said.

In 2017, more than 6.5 million foreign nationals visited the country, surpassing the 6 million target.

This year, the government is eyeing 7.5 million foreign visitors. – Rappler.com