The problem with plastics: stopping it ‘at the source’

Sep 15, 2018 11:30 AM PHT
Facebook Twitter Copy URL
Copied
Brands need to give consumers options that encourage them to reuse, recycle, or return their plastic packaging instead of throwing them away after one use 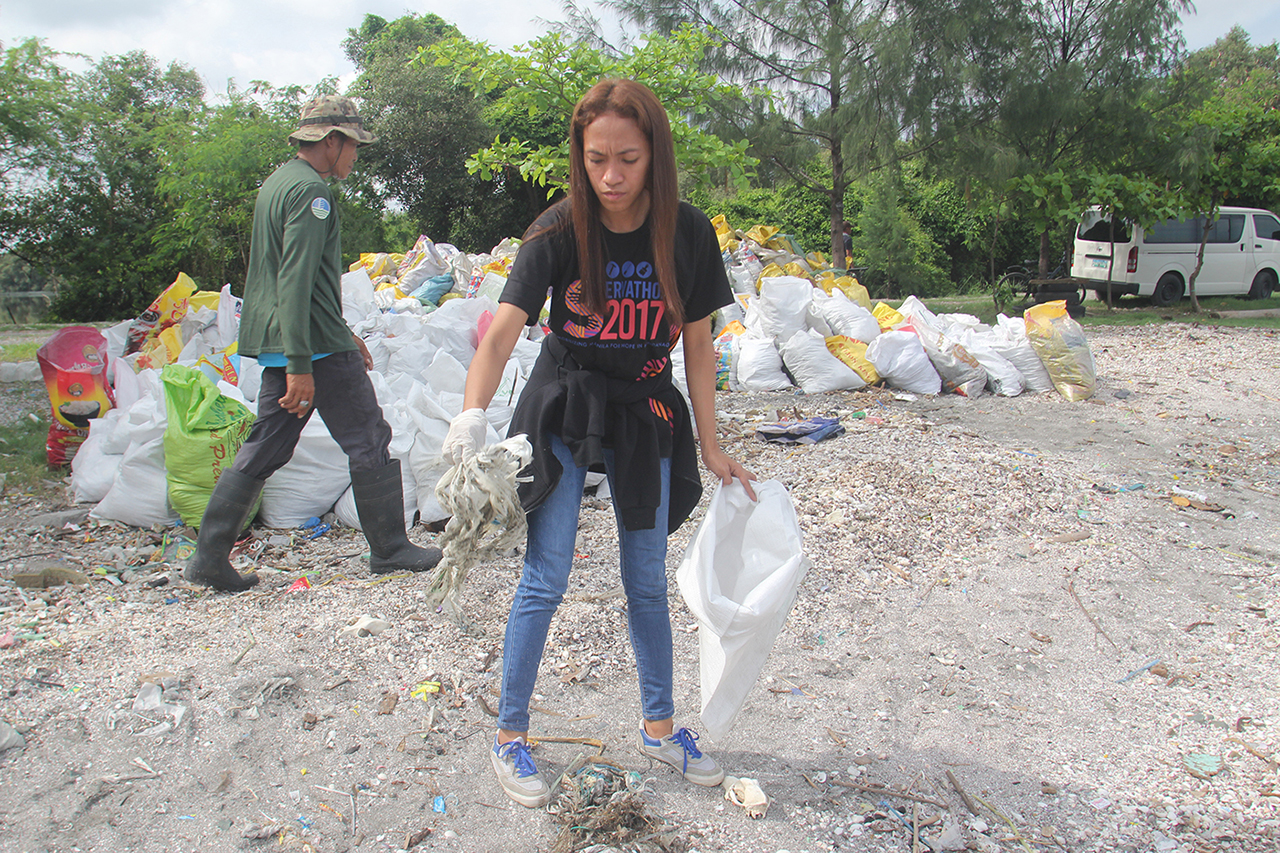 READ Part 1: Why can’t the Philippines solve its trash problem?

Brands need to give consumers options, she said, that encourage them to reuse, recycle, or return their plastic packaging instead of throwing them away after one use. That way, you “stop the problem at the source.”

In September 2017, the Break Free From Plastic (BFFP) movement, a global movement of which Greenpeace Philippines is a part, conducted a “brand audit,” where they cleaned up Freedom Island, part of the Las Piñas-Parañaque Critical Habitat and Ecotourism Area (LPPCHEA) in Manila Bay.

After collecting the trash in the area, they categorized their findings per brand, then further into product type, and package type.

They found that Nestle, Unilever, and PT Torabika were the biggest contributors to the waste found along Freedom Island, with 9,143, 5,889, and 5,618 pieces of trash found from each brand respectively. Among these 3 brands, the trash found was mostly multi-layer packaging for food, personal care, or household products.

According to Aguilar, most of the more than 54,000 pieces of trash they picked up were sachets – some even with designs from the ‘90s.

In the Philippines, it’s no surprise.

As author and renewable energy advocate Dennis Posadas said when he wrote for The Guardian in 2014, affordable sachets are a way for companies to tap into low income markets – high-quality products become more accessible, companies gain more market share. It would be a win-win situation, except that the more sachets we produce, the greater our trash problem becomes.

“Stopping the problem at the source” then, is a lot easier said than done.

But work is already underway, not just for non-governmental organizations like Greenpeace, but by these big companies. Nestle and Unilever both told Rappler through email that they’ve been working on developing sustainable packaging alternatives and programs that reuse their packaging once consumers are through with them.

This, they said, was being done even before the brand audit was sent to them and the rest of the top 10 companies who contributed the most trash.

Aside from reducing the waste they produce in their factories, Nestle said that their research centers globally have been looking into innovative packaging designs and alternative materials, that since 1993 they’ve been trying to reduce the amount of packaging materials they use in their products, and that they have initiatives to recover and recycle the plastics and laminates.

Among these initiatives is a partnership with local government units and green housing solutions company Green Antz Builders Inc, to make eco-bricks – building blocks made of used plastic.

Another initiative, in partnership with the Department of Education and Philippine Business for Social Progress, is “Tibay Chairs,” where used sachets are used to make chairs for public schools.

Reusing, however, is not the same as not producing altogether. “[Our main call] is that the only way that we can stop the problem of plastics is to reduce the production of single use plastics,” Aguilar told Rappler about what BFFP asked of the top 10 companies when their audit results were presented.

She continued: “And we recognize that it’s not going to happen overnight. So our call is for them, while they are doing short-term projects on plastic waste management, they look for longer-term solutions.”

When it comes to individuals trying to make a difference, efforts by the likes of the members of Buhay Zero Waste on Facebook contribute a lot too. “It means you’re not adding to the existing problem,” Aguilar said in a mix of English and Filipino. “So little things like that are important and commendable.”

She added that speaking up on social media about living a zero waste lifestyle and wanting more options from brands would also be a great help.

“If they utilize their own social media personal accounts to call out, if there’s a big movement of people calling out corporations for their contribution to plastic pollution, I think big step ‘yon. And I doubt kung hindi ito – kung may swell ng tao – kung hindi ito pakikinggan ng mga corporations,” she said.