MANILA, Philippines – An unusual number of bright orange stickers were plastered on human rights defenders during a press conference one September afternoon.

Their purpose became clear when the host, at the start of the program, asked the media to refrain from taking photos or videos of members of their human rights groups who were in the room. It turned out that the stickers were supposed to indicate the people who did not want to be seen in videos or photos related to the event, for safety reasons.

It was the first time the group did this, said Nymia Simbulan, Philippine Human Rights Information Center (PhilRights) executive director.

“Before, members of the media were free to take videos of all the people when we hold these pressers,” she told Rappler. “Now, we really have to take these precautions because of the work we do.”

Their fears are not unfounded. Human rights defenders in the Philippines have been the subject of threats – even from President Rodrigo Duterte himself.

The sad reality is that these threats have led to actual deaths. A recent report by Ireland-based human rights group Front Line Defenders shows that 60 defenders died in the hands of unidentified gunmen in 2017 alone.

Task Force Detainees of the Philippines (TFDP), meanwhile, documented 26 cases of killings from January to June 2018.

The work of a human rights defender has always been dangerous. Since 2001, at least 613 killings have been documented in the Philippines.

Neal*, a fresh graduate, said he had an idea of the dangers involved during his job interview.

“They asked me if I was ready for the risks that may arise while working,” he said. “The risks were very clear.”

To address these safety issues, groups now go through a “mindset shift” – they beef up their offline and online security protocols to ward off dangers in the course of their job. They are now more wary of risks to their security and safety – from having their digital devices compromised to being subjected to state surveillance. (READ: Prone to abuse: State surveillance as a tool to silence dissent)

The protection of human rights defenders, however, is not supposed to be one-sided. The government is supposed to protect the welfare of all its citizens.

But there is still a wide gap between precautions taken by groups and the state’s actions. One manifestation of this is the lack of legislation that institutionalizes the role of human rights defenders.

The Human Rights Defenders’ Protection Bill is still stuck at the committee level in the House of Representatives and the Senate.

What’s important about this bill, according to Karapatan Secretary General Tinay Palabay, is that it is “essential recognition” of the role of human rights defenders in ensuring a peaceful and equal society.

“It’s essentially for a legal recognition of human rights defense work, the right of people to defend rights,” she said.

The bill, if signed into law, will push the state to become the primary protector of human rights defenders. This means that protection orders can be easily granted to those at risk, requiring state forces to abide.

“The legal recognition and protection of human rights defenders is crucial to ensuring they can work in a safe, supportive environment free from attacks and unreasonable restrictions,” Task Force Detainees of the Philippines (TFDP) said.

“The situation underscores the need for a strong policy to provide safe and enabling environment for human rights defenders by implementing measures of legal recognition and protection under national laws and international mechanisms,” the group added.

Human rights groups have lobbied extensively for the bill since 2007. It is a much-needed law and supposed be in confirmity with the United Nations (UN) Declaration on the Rights of Human Rights Defenders adopted in 1998.

“We think that the bill as it is right now is reflective enough of the situation and the needs of defenders,” Palabay said.

“It’s been 20 years already but there’s still no domestic law that translates the UN instrument to our local body of laws,” she added. 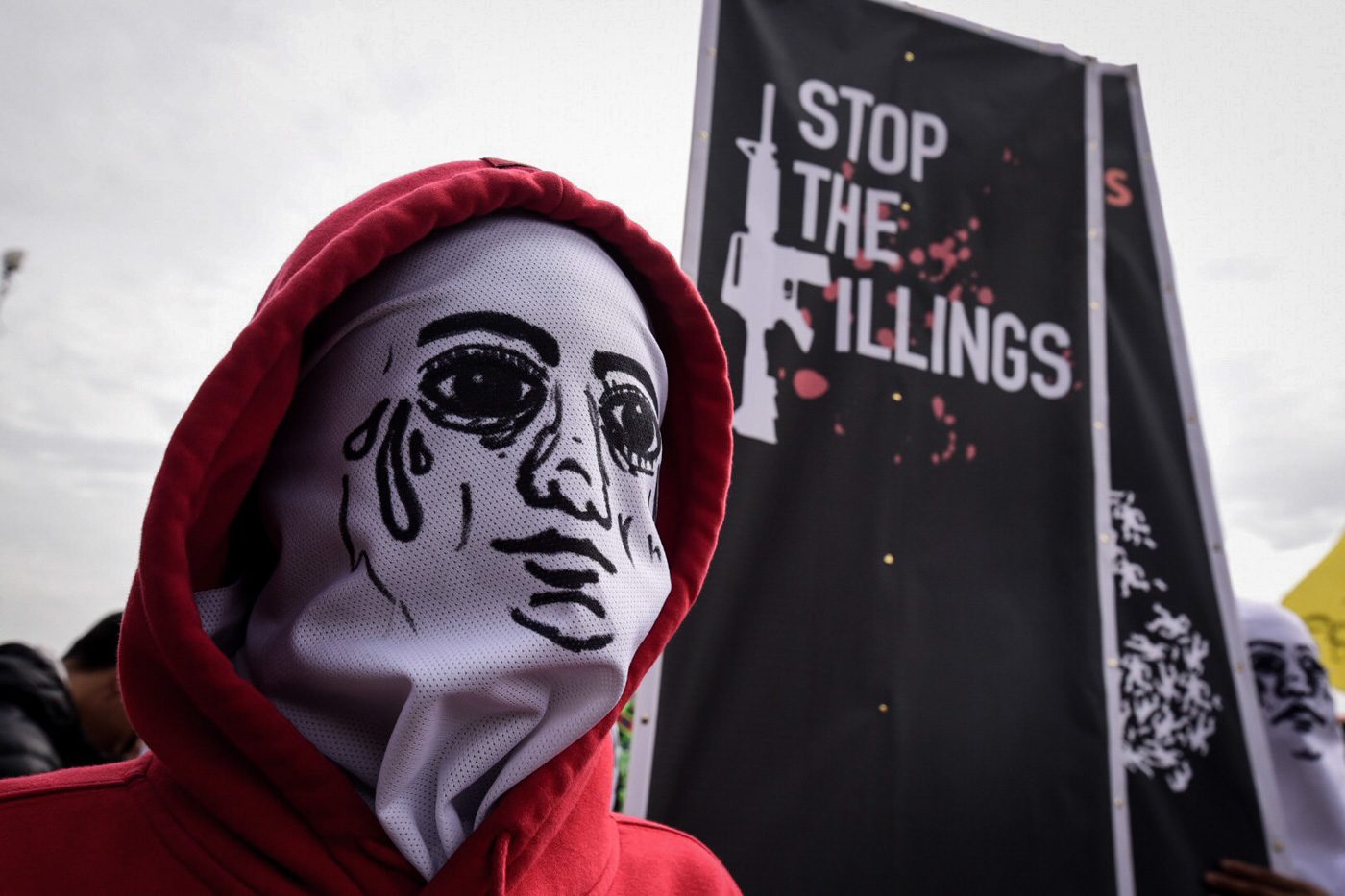 If President Rodrigo Duterte’s recent actions against any form of dissent is any indication, it shows that the worst is yet to come, according to Filipino human rights defenders. Chances are, the bill protecting them might not even pass in the next few years.

According to Jim Loughran, head of Front Line Defenders’ HRD Memorial Project, the continuing pattern is rooted in “endemic impunity, a dysfunctional legal system, and official hostility to the work of human rights defenders.”

“It reinforces the climate of impunity for attacks against defenders by sending a message to the police and army that they will not face any consequences, and legitimizes the use of lethal force as a normal part of policing rather than something to be used in exceptional circumstances,” he said.

The government should take immediate action against the stigmatization of and attacks on human rights defenders for them to safely play “their vital role in creating more just and equal societies.”

Authorities should also ensure “prompt and exhaustive investigations” not just into the deaths but also threats received by activists, providing enough protection to those at risk, Loughran said.

The absence of a law protecting human rights defenders, after all, is not an excuse for the government not to ensure their safety. It only takes political will and the understanding of the importance of human rights. (READ: Hate human rights? They protect freedoms you enjoy)

Until that bill is passed, and while the Philippines is governed by an administration “both unwilling and unable to protect human rights defenders,” organizations should continue to work together and protect each other.

“It is very important that there is a clear and consistent message from human rights defenders,” Loughran said. “Good documentation is vital as in the events, the facts will speak for themselves.” – Rappler.com

*Last name withheld upon the request of the interviewee