Enemy at sea, friend of the chief: Philippine military navigates ties with China 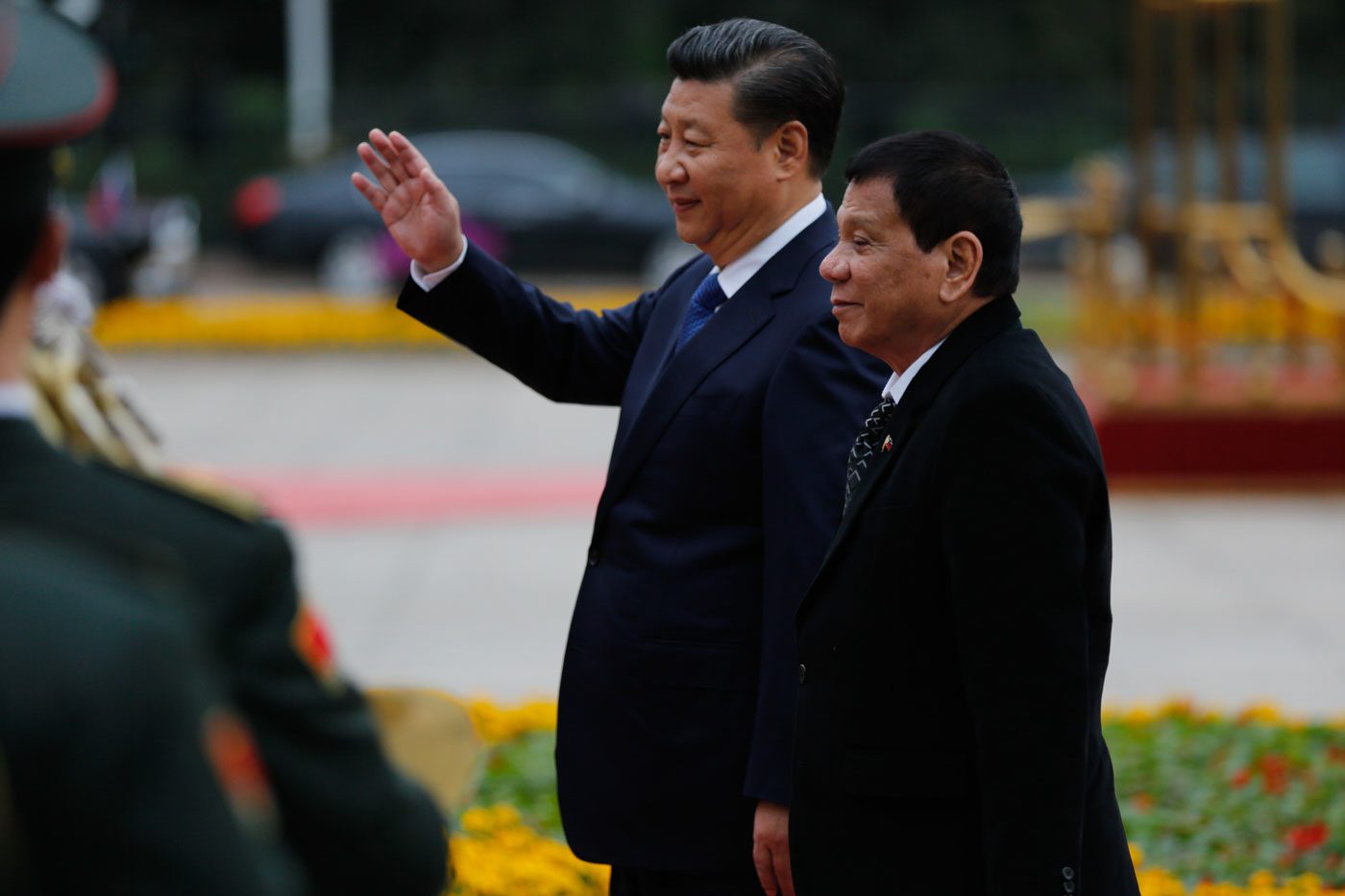 Facebook Twitter Copy URL
Copied
Bullied and harassed by China in the West Philippine Sea, the Armed Forces of the Philippines is forced to strike 'cordial' ties with the staunch ally of its commander-in-chief

MANILA, Philippines – Captain Sherwin Respeto didn’t know what to feel when he and his men approached the Chinese province of Zhanjiang aboard Philippine Navy vessel BRP Dagupan City last October.

“It was mixed emotions. It was the very first time we set foot in Chinese territory,” Respeto told Rappler, recalling that inaugural day of the ASEAN-China maritime exercises.

Respeto relaxed when he saw a long line of Chinese People’s Liberation Army Navy (PLA-N) personnel waving their hands and heard a band playing to welcome the Philippine vessel. “Soon we felt the comfort of amiable gesture of welcome and acceptance,” Respeto said.

Throughout the week-long exercises, the Filipinos learned interoperability with China and other ASEAN navies. They also enjoyed local food and immersed themselves in China’s rich culture.

“Whatever issues we have with China, we set aside that, because we have primary the objective of joining the ASEAN-China maritime exercise. We have to perform our mandate of enhancing cooperation with ASEAN countries and China,” said Respeto.

This is the current policy of the Armed Forces of the Philippines (AFP) towards China: Follow  instructions from President Rodrigo Duterte to set aside the dispute while he romances the neighboring military superpower.

The soldiers are taking the cue from their commander-in-chief. But make no mistake – this isn’t a rival-turned-allies happy ending story. Far from it.

“Everyone is cautious. We follow orders but we take necessary measures,” said a well-placed military officer critical of China but who spoke to Rappler on condition of anonymity.

The Duterte administration ushered in joint activities, increased grants from China, and created a welcoming environment that allowed the regular presence of Chinese officers in the military headquarters in Camp Aguinaldo.

During the Marawi siege in 2017, China donated thousands of rifles to the Philippine military, though most of them were eventually transferred to the police since the soldiers do not use those types of weapons.

Last year, the military received a Christmas grant of 100 million yuan or $14 million worth of defense equipment. It was also offered long-term soft loans for big-ticket items.

“We are increasing our military-to-military relations. We have stabilized the West Philippine Sea vis-a-vis our occupied islands, rotation of troops and their regular resupply. Our fishermen could also fish at their traditional fishing waters especially around Scarborough Shoal,” Lorenzana said.

It’s the best description, said the same military officer. “Secretary Lorenzana is right. It’s cordial. It’s not warm,” he said, adding that relationship will not really move forward until the dispute in the West Philippine Sea is resolved.

For sure, Duterte’s pivot to China has proclaimed believers in the military.

Philippine Navy chief Vice Admiral Empedrad said diplomacy was needed to “show China that we are a friend.” He said the two countries’ “good friendship will help in improving the situation in the West Philippine Sea.”

Empedrad said more engagements will be discussed in December, when he is scheduled to host a high-ranking PLA-N official in Manila.

“President Duterte is good at geopolitics,” a high-ranking general was once overheard as saying in a meeting. “Duterte is right about China,” said another officer based outside Luzon.

But several officers interviewed by Rappler said this sentiment is shared by a minority in the armed forces.

“It’s easier to follow orders if you can convince yourself that it is the right thing to do,” one officer said. 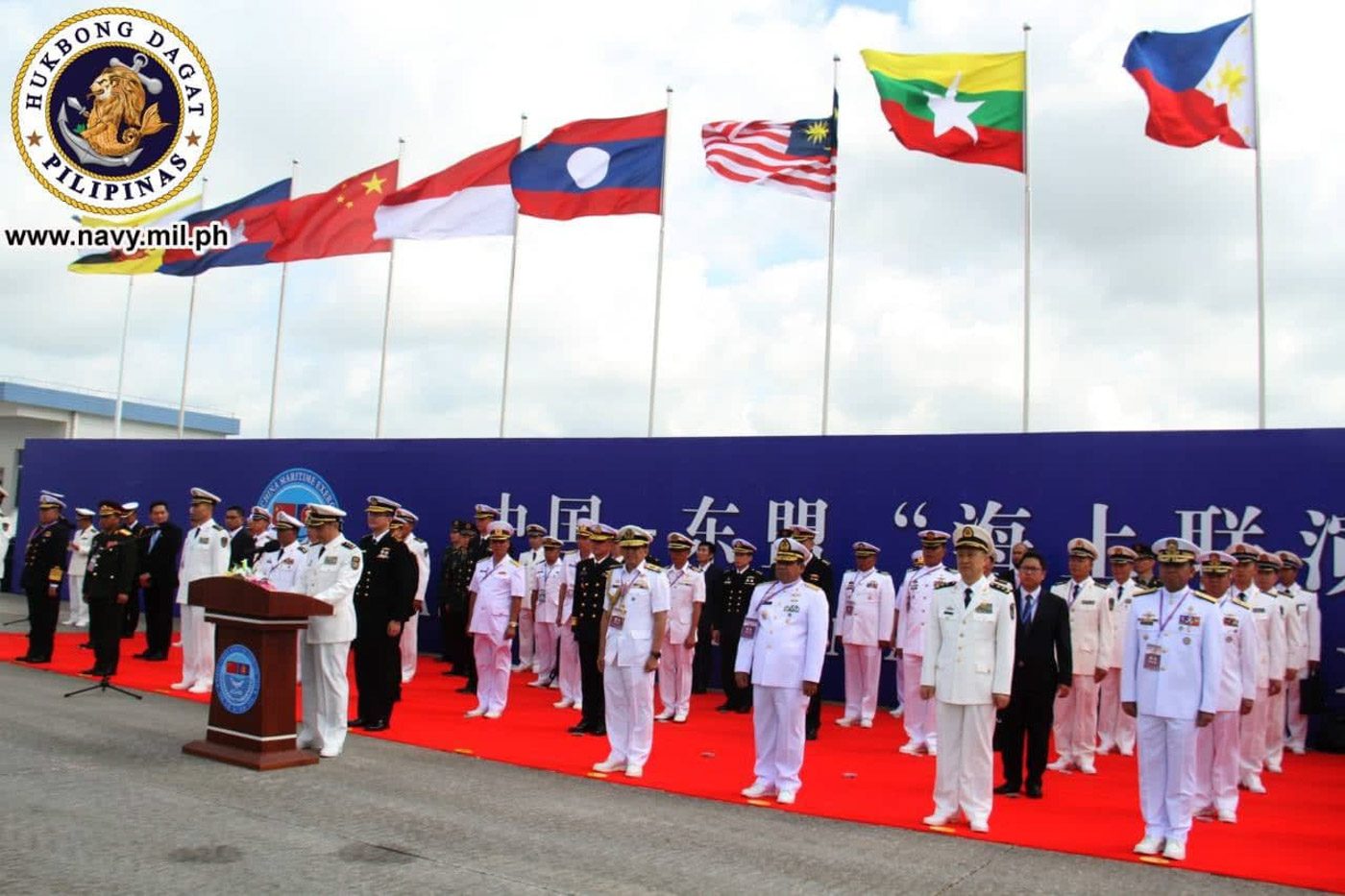 “The problem with the Philippine military is what may be called careerism. There are certain officers willing to risk the welfare of the institution to advance their personal careers,” Custodio said.

“It is these very types that the Duterte administration and the Chinese will try to cultivate to railroad more pro-Beijing policies in the future to the AFP and overcome the existing bias against China,” Custodio said.

Even Lorenzana, credited for deftly protecting the country’s traditional alliances, had been criticized  for echoing pro-Beijing politicians.

Online, there are netizens who closely follow how the military responds to the country’s security challenges. “Traitor,” wrote someone on Twitter when photos of Filipinos returning from the exercises in China were posted.

“I hope we know about them as I’m sure they know about us now,” another netizen said, wary of the information that Filipinos shared to their Chinese counterparts during the exercises.

Respeto said the pinnacle of their performance in China was winning the communication drill, beating Singapore and wowing China. He said a Chinese submarine officer even approached him to ask how his men had mastered decrypting and transmitting tactical signals.

Ironically, that’s a feat that Filipino troops learned from a longstanding ally, the United States, whose support and influence President Duterte has dismissed since assuming the presidency in 2016.

The US and Philippine militaries constantly hold communication drills, year in and year out, in various exercises. Respeto said his men were fast because they’ve memorized the manuals.

Despite his fierce anti-US mindset and language, Duterte has so failed to break this iron-clad alliance. Even while the military was forced to downplay its closeness to the US, the ties were practically unaffected.

These days the military doesn’t have to hide its preference for the US, resulting in a situation where most generals remain pro-American while politicians pivot to China.

As preparations were being made for the arrival of Chinese President Xi Jinping on Tuesday, November 20, for example, high-ranking US and Philippine generals also visited each other. Officers interviewed by Rappler said it’s because of Lorenzana that military officers have been calm while Duterte tries to shake the military to its core.

An officer said Lorenzana took time to assure officers of the direction the government was taking. By the end of 2016, or 6 months into his presidency, the military leadership had come to separate and ignore political noise while they focused on continuing traditional alliances.

“We get President Duterte’s point. There’s logic in what he’s doing. But we still believe we should not drop our guard down,” said an officer, echoing a common response from senior officers about the issue.

Officers said they are also aware that political alliances may shift again when Duterte’s term ends in 2022 and there’s a new president in Malacañang. If and when the other shoe drops, they believe they’ll know what to do.

Critics of Duterte’s China policy cannot be placated, however.

Custodio said the military risks losing public confidence as it continues its silence over the country’s direction in the West Philippine Sea, partly a result of a gag order imposed by Malacañang.

Incidents also showed how Duterte has kept the generals out of the loop. For instance, they had been caught unawares in discussions on a joint exploration deal with China in the Philippine waters and about the arrival of Chinese military assets in the country.

If this continues, “Beijing will see a Philippine defense establishment that is unwilling to defend its turf,” said Custodio.

That would be tragic for a military that, in the past, had defended Philippine territory in the high seas, no matter the risks and the ragtag ships. –  Rappler.com