The rise of Cynthia Villar: How politics, money, networks made her No. 1 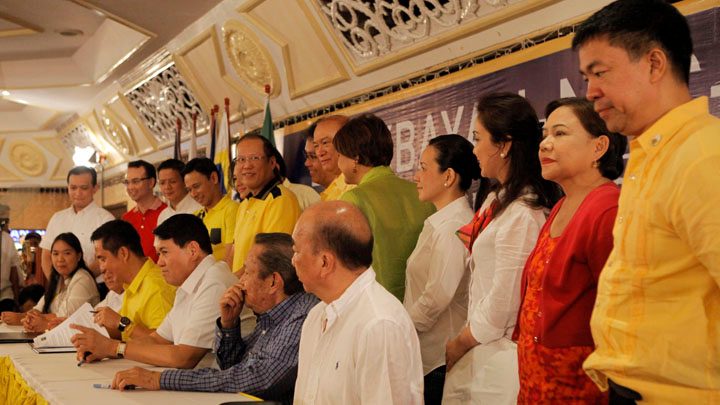 Facebook Twitter Copy URL
Copied
Hers was not a one-time surprise ascent but a deliberate, steady, and sure climb

MANILA, Philippines – With the perfect mix of politics, business, and influence, reelectionist Senator Cynthia Villar emerged as the top senatorial candidate in the 2019 midterm elections.

Hers was not a one-time surprise ascent but a deliberate, steady, and sure climb. It was decades worth of politics, business, advocacies, and name recall.

Even Villar herself said she was not surprised by the outcome because preelection surveys predicted it.

“Because last April and May, there were 3 surveys – two from Pulse Asia and one from SWS (Social Weather Stations) – which said I would get the top spot. Of course, whether it will come about during Election Day, we could not say because it is the delivery of votes. but it seems the surveys are correct. I am not surprised but I am happy that the survey results are now manifesting in the vote counting,” Villar said in a mix of Filipino and English during an interview with GMA-7.

Villar comes from a wealthy political family in Las Piñas in the south of Metro Manila. Her family, the Aguilars, have held sway over the city for decades.

It was her husband Manny who first ventured into politics and became president of the Nacionalista Party. In 2001, Cynthia ran and became the city’s congressional representative. She served for 9 years and was later replaced by her son Mark.

In 2009, the Villars were among the most vilified of families, owing to the controversies that hounded the C5 project. The issue cost them the 2010 presidential bid of her husband, who was former Senate president and House speaker.

Six years after, in 2019 – and the C5 controversy behind her – she ranked first in the senatorial polls, surpassing popular candidate Grace Poe.

As University of the Philippines political science assistant professor Gene Pilapil said, everything was working out for Villar. But how did she do it?

Advantage of the incumbency

In general, incumbent officials have an advantage over first-time candidates and those who would have been gone from the public eye.

Villar, as one of the 7 reelectionists, surely enjoyed this privilege, according to UP professor Jean Franco.

Under the 17th Congress, Villar served as the chairperson of the Senate committees on agriculture and agrarian reform. She is also a known ally of President Rodrigo Duterte.

“You have 6 years in office, you have an office budget that you can use to promote your advocacy or to promote your name all over the country. Plus whatever the Senate does, the media also cover that. It also helps reelectionists,” Franco told Rappler.

“She’s had a lot of media mileage the past 3 years, whether good or bad, ang taas ng awareness (the people have high awareness of her),” she added.

Indeed, the senator, like her colleagues, went around the country to promote her advocacies of livelihood, agriculture, and environment.

While a candidate could not win on popularity alone, Villar has many other things working for her.

Launching a national campaign is no easy feat. One needs millions in cash – something that is not an issue for someone like Villar, who continues to be the richest senator.

“Funding is very important. You are embarking on a nationwide campaign in a synchronized elections. It’s very, very expensive,” Franco said.

In 2019, her husband was declared the richest man in the Philippines, boasting a net worth of $5.5 billion.

Data from the Philippine Center for Investigative Journalism (PCIJ) showed that Villar spent P80.8 million for political advertisements from January 2018 to January 2019, way before the official campaign period started on February 12.

The cost of Villar’s pre-campaign ads amounts to just 2.20% of her declared net worth, barely making any dent in her coffers.

During the campaign period, from February 12 to April 30, Villar ranked 2nd among the candidates who spent the most on political ads.

On top of this, Villar owns a private plane, which made it easier for her and her team to travel to the 81 provinces in the country.

High-ranking sources from PDP-Laban – where Villar is a guest candidate – and the Senate said Villar was able to visit around 3 to 4 areas or provinces per day. Many candidates were not as privileged, as some had to contend with delayed commercial flights in airports.

One source said Villar would sometimes invite other candidates but it was not clear who these bets were. A separate source said she was often seen travelling with her party mates Imee Marcos and Pia Cayetano, who are also poised to win based on a partial, unofficial tally.

But for Villar, wealth was not the reason for her high ranking, saying she made sure she had the “most low profile” campaign.

“‘Di ba maganda din na gusto ka ng tao, hindi naman ‘yung yaman mo, influential ka, but gusto ka ng tao (Isn’t it nice when people also like you. It’s not because of your wealth or because you’re influential, but it’s because people like you), that is very important,” she said.

Indeed, the senator conducted a steady and quiet campaign. She skipped televised debates and national fora, seldom commented on issues, intrigues, and controversies, and stuck to her messaging as “Mrs Hanapbuhay (Livelihood).”

“Hindi ka naman nakakarinig sa kanya ng anything (You could not hear anything from her) that will make people turn away from her,” Franco said.

Here are some of Villar’s key points in her campaign speeches:

Her “low-profile” strategy was apparent even before the campaign began. Villar rarely figured in issues. She had a stable run in the Senate as a staunch supporter of President Duterte.

Only a few minor issues were thrown against her. These included her call to prohibit unlimited rice in restaurants, which drew public ire. She immediately clarified the issue, averting possible problems.

Manny Villar lost to former president Benigno Aquino III in the 2010 race. But their bitter past hardly stopped the Nacionalista Party (NP) from joining the Team PNoy administration coalition in 2013 – a move seen to have benefitted the NP as Aquino enjoyed high ratings at the time.

It was Manny Villar who inherited the NP, which an ailing former NP president Salvador “Doy” Laurel, had asked him to take over as shepherd.

After winning in 2013, Cynthia Villar became a part of the majority bloc in the 16th Congress and was largely an ally of Aquino in pushing for his legislative agenda.

Fast forward to 2015, when there were talks the NP would support the presidential bid of Senator Grace Poe, the frontrunner at the time. Poe also visited the Villars’ hometown in Las Piñas City, where she held a rally and a motorcade. In the end, however, there were no formal announcements.

The Villars also supported the candidacy of then-Davao City mayor Rodrigo Duterte, who eventually won. Duterte himself revealed that the Villar couple convinced him to run and gave him cash as support.

“Nag-dinner kami… Nagdala siya ng pera sa bag. Sabi niya, ‘Pang-umpisa mo lang kung gusto mo lang tumakbo. ‘Pag hindi, iyo na ‘yan,'” he said. (We had dinner. He brought a bag and said, “You can use this to start your campaign if you want to run. If not, just take it.”)

This investment in Duterte paid off for the Villars, as they enjoyed close ties with the sitting President after he assumed office.

Their son Mark was later on appointed secretary of the Department of Public Works and Highways, a post widely seen as presenting a conflict of interest situation.

The good relationship between the Villar family and Duterte led to the presidential endorsement of Cynthia and her daughter Camille, who ran and won as Las Piñas representative. 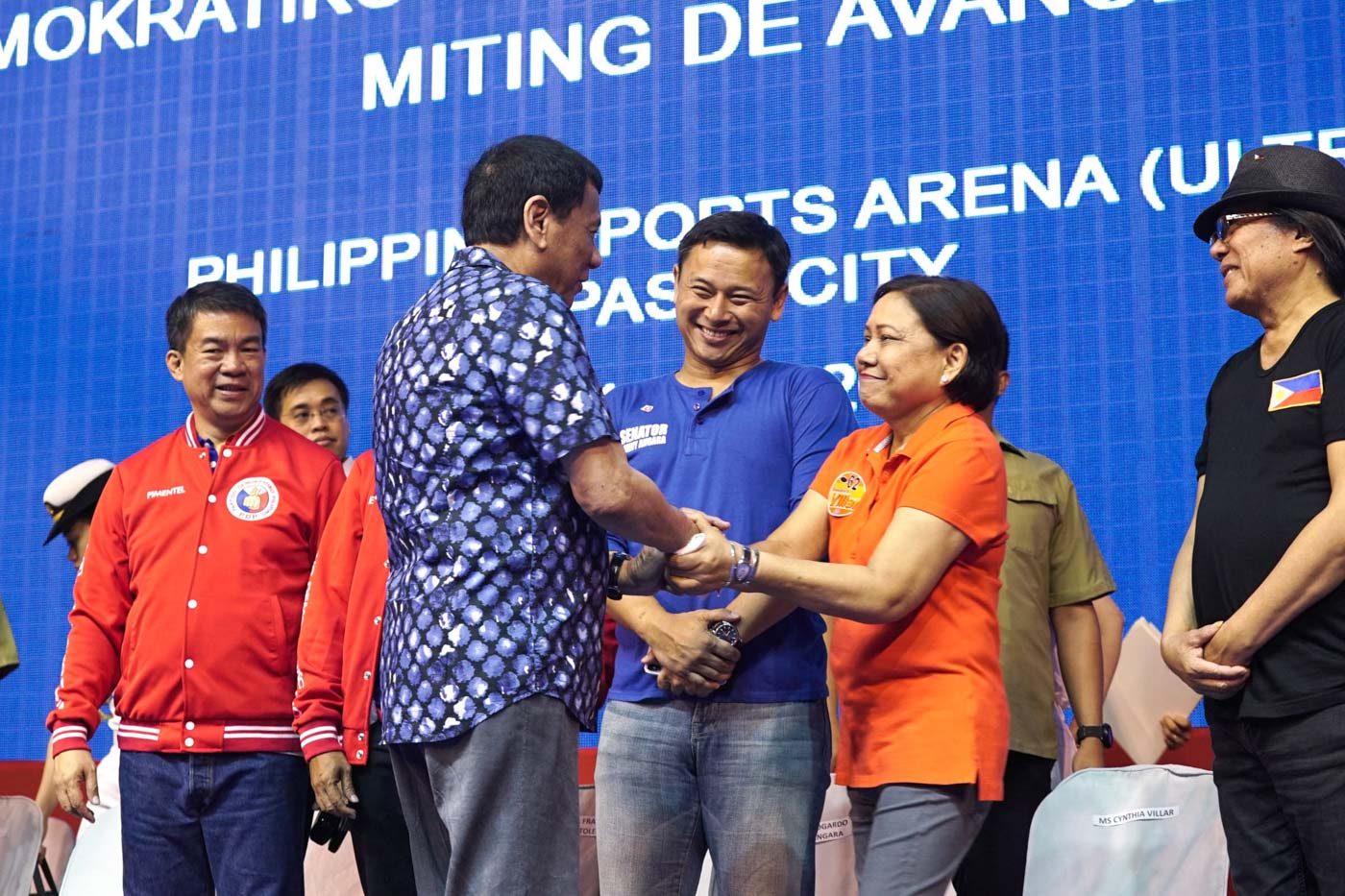 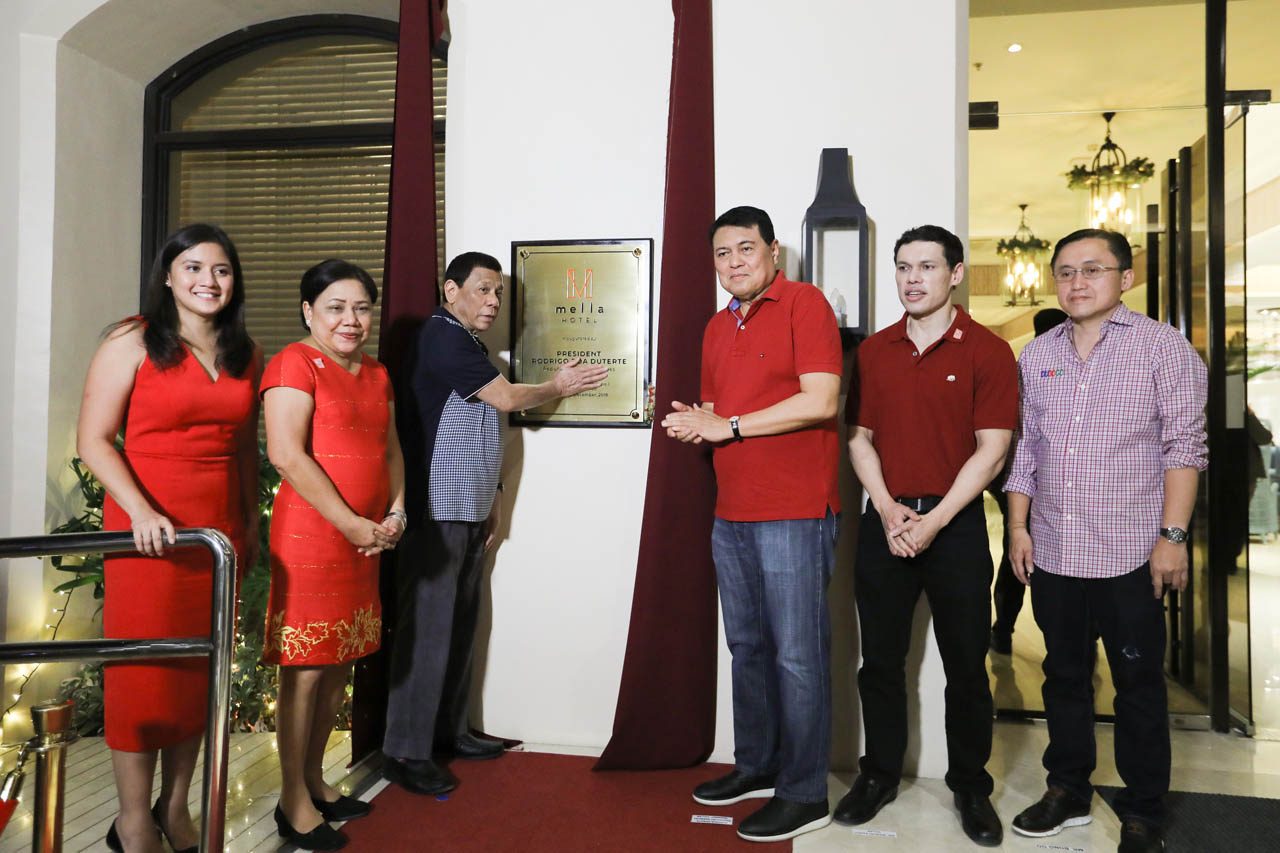 On top of this, the NP also sealed an alliance with presidential daughter and Davao City Mayor Sara Duterte’s Hugpong ng Pagbabago.

Franco said the “Duterte factor” contributed to Villar’s rise to the top spot, as a presidential endorsement was “a force to reckon with.”

Analysts said Villar’s networks, both in the public and private sectors, helped propel her to the top.

“One could not beat the network of their business empire.…I mean everything is going for her,” Franco told Rappler.

“It’s good to raise the private aspect of this….How the subdivisions, which may be strategically placed, up to what extent could they affect the performance in elections?” PIlapil said.

During PDP-Laban’s miting de avance, many of the Villar supporters who attended the event were employees of the Villars’ mall business.

Villar also established the Villar SIPAG (Social Institute for Poverty Alleviation and Governance) Foundation in 1992, which promotes her advocacies of livelihood, environment, and poverty alleviation. Many of her projects as a senator were done in partnership with the foundation. Aside from this, analysts said Villar also benefitted from the machinery of HNP and the network of the NP, whose members include the Marcoses and Senate President Pro-Tempore Ralph Recto, and his wife Batangas 6th District Representative Vilma Santos Recto.

In the 17th Congress, the NP had 30 members in the House of Representatives and 9 others from allied party list groups. Data from the Commission on Elections show a total of 4,771 NP candidates who ran in the 2019 polls

Villar has another 6 years to serve as senator. But with early talks about the 2022 presidential polls, questions abound: will she run for higher office? Will she try to gain what her husband lost in 2010?

For now, Villar said she would rather not dwell on it.

“I don’t think about [running for president] yet but I don’t think so, unless it will be given to me on a silver platter, I’m not going to exert any effort to be president. I’m really convinced you can work hard, you can be a senator through hard work and determination but becoming president is destiny. I really believe that,” she said in a mix of Filipino and English during an interview with radio dzMM.

She also said she does not want to vie for the Senate presidency because managing the chamber is a full-time job.

“I can do that but I don’t like that kind of work,” she said, adding that she does not want to give up her chairmanship of the agriculture committee.

But in politics, one never says never. A lot can happen in 3 years. – Rappler.com