Agony continues for families shut out from Bilibid

MANILA, Philippines – Mariam* sat outside the national prison on Wednesday, October 16, twelve days since she was last allowed to visit her husband who has been in Bilibid for 19 years. Suddenly, an ambulance blared putting her on edge.

She kept asking and asking the guard on duty. She was told an inmate had died. The woman beside Mariam was even more nervous; her husband has asthma and had fever the last time she saw him.

They couldn’t visit, and they’re not being told anything. They watched their husbands’ appliances from the demolished shanties taken outside; they also saw their sacks of rice, eggs, and packs of noodles brought out.

“What are they eating then?” Mariam, desperate for information, pressed the guard. She was told: “May rasyon, bakit sila magpapakasarap sa pagkain?” (They have rationed food, why should they be offered good food?)

A Senate investigation had revealed that prisoners were eating basically just broth, and were only getting only P39 per day for their meals out of their P60 supposed daily budget.

This has been a fact of life for Mariam, or at least for the last 19 years – that her husband, and the other inmates, cannot depend only on rationed food and water. For the last 19 years, she lived the prison life, and she sensed something was wrong.

(Until now I’m staring blankly in my house, nervous because I really want to see them, to bring them food, medicine, to see them for even just a while.)

Bilibid is just coming off the Good Conduct Time Allowance (GCTA) scandal that exposed all sorts of corrupt practices that put not only the Bureau of Corrections, but also the Department of Justice (DOJ) and even the Philippine National Police (PNP), in hot water.

The situation has been tense ever since, aggravated by the demolition of shanties as ordered by new BuCor chief Director General Gerald Bantag.

(What’s happening inside? We can’t see because we’re here outside. General Bantag, please have mercy. Their rationed food is like dog food.)

But no one is talking to them.

The best assurance they’ve gotten so far was an announcement via Justice Secretary Menardo Guevarra last Friday, October 25, that the Bureau of Corrections (BuCor) will restore visitation privileges as “soon” as they ensure the safety of the situation.

This is not a good sight for the wives, worried sick, on the 3rd week of blocked access to Bilibid.

BuCor chief Director General Gerald Bantag, generally elusive to media, denied that there is a crisis inside the national prison.

BuCor Spokesperson Wena Dalagan said the deliveries are regular. “There is no water shortage, we have continued supply, regularly po ‘yan na ginagawa po (that is being done regularly),” Dalagan told Rappler in a text message Monday.

“Hindi natin sure kung talagang malinis na tubig ‘yun,” she told Rappler in a phone interview on Monday, adding that prisoners buy mineral water from inside the penitentiary.

(We’re not sure if that’s really clean water.) 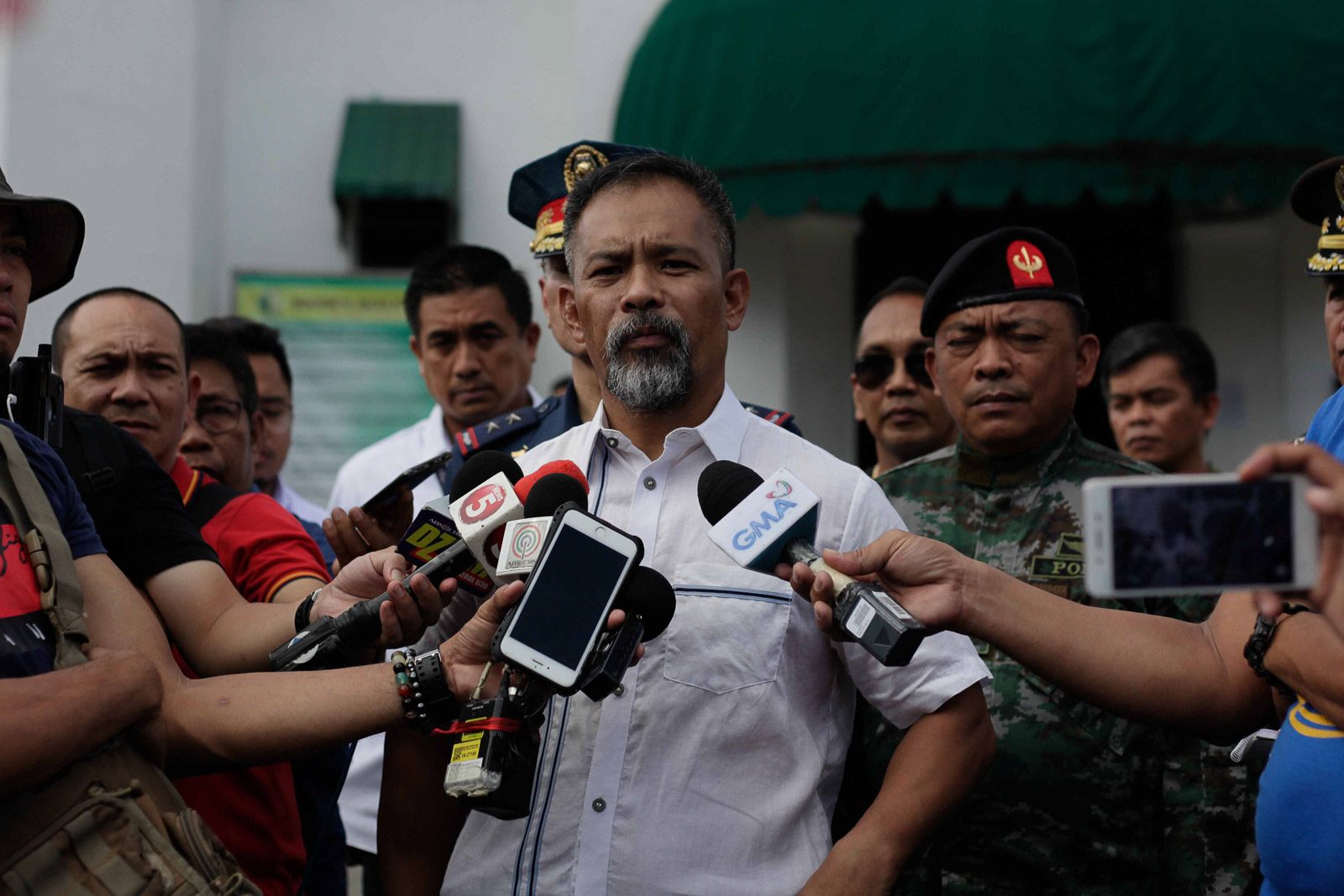 Families and rights group KAPATID said that as many as 7 prisoners have died since October 15 due to dehydration and lack of medication, which Dalagan denied.

“The causes of death are tuberculosis, pneumonia, and cardiac arrest,” Dalagan said, without confirming the number of reported deaths.

“Useless ang magpa-ospital sa loob ng Bilibid, expired yung gamot (It is useless to go to the hospital inside Bilibid, the medicines are expired),” Mariam said.

Bantag also dismissed the deaths, saying it should not be a cause of alarm.

(You know, even before demolition, many people had died there, right? If they died, it’s because they had medical issues that they would really die. Even healthy people die.)

Mariam, and the other relatives, want to take medicines to the inmates, but that is not a simple process – if and when they are allowed to finally visit.

Mariam has heard so many horror stories about the prison hospital.

(Those who are sick are admitted to the hospital inside, they are injected with these things, and then they start to get sick. Then they’ll say now the inmate is sick and has some complication.)

The last time Mariam saw her husband was on October 4, for a conjugal visit.

The visit was cut abruptly, and she watched Muslim prisoners ordered out of their prayer room.

(They tore the pages of the Quran, they stepped on it, cops stepped on it, we saw it, when they ordered us to leave, there were so many people, that was the first time in 19 years that I experienced that.)

Dolores Pangilinan, whose husband is also detained at the Maximum Security Compound and is the head of the Samahan ng mga Pamilya ng Nasa Death Row, said policies vary per BuCor chief.

“Sobrang dapang-dapa na po ang aming dignidad (our dignity has been trampled on repeatedly),” Pangilinan said, and added that she has experienced what she called an overly invasive body inspection during previous visits.

“Parang nakakalimutan niyo na ba na may pamilya na naghihirap sa tabi?” asked Pangilinan. (Have you forgotten about the families who are suffering on the side?)

Statistics do nothing to appease the worried wives.

Bilibid’s own hospital chief, Ernesto Tamayo, admitted to the Senate that about 20% of maximum security inmates at the national prison die every year mostly due to overcrowding inside the jail.

In an earlier statement, Guevarra said they will closely monitor developments in BuCor. The BuCor law limits the power of the DOJ over prison operations, even though BuCor is a DOJ-attached agency.

“Supervision includes calling attention to actions which are improper, unlawful, or way out of bounds. It also includes instituting disciplinary action whenever warranted,” said Guevarra.

*Upon her own request, Rappler has changed Mariam’s real name to afford her protection.