BAGUIO CITY, Philippines – Baguio City got its first COVID-19 scare more than a month into the Luzon-wide lockdown.

On April 25, Baguio recorded 8 cases, including a 9-day-old baby and two doctors. The next day, 4 more medical frontliners tested positive.

The Baguio General Hospital, which was responsible for testing the whole Northern Luzon, only had machine for reverse transcription-polymerase chain reaction or RT-PCR testing – the gold standard for testing – and one medical technologist qualified to handle it.

What saved Baguio from going downhill was the city’s contact tracing strategy, devised by its mayor, who was a former top police investigator: Benjamin Magalong.

Contact tracing is one of the essential responses to any disease outbreak, no different in the coronavirus pandemic.

Taken hand in hand with testing, tracing people who might have come in contact with positive patients, or “contacts,” allows the local government to isolate possible cases before they can spread the virus.

The national government has said that the country has a big shortage of contact tracers – around 83,000 of them as of June 18.

Baguio’s tracing efforts thrives, however, helping the city keep its number of infected down even as it has begun reopening its economy.

A story of tracing 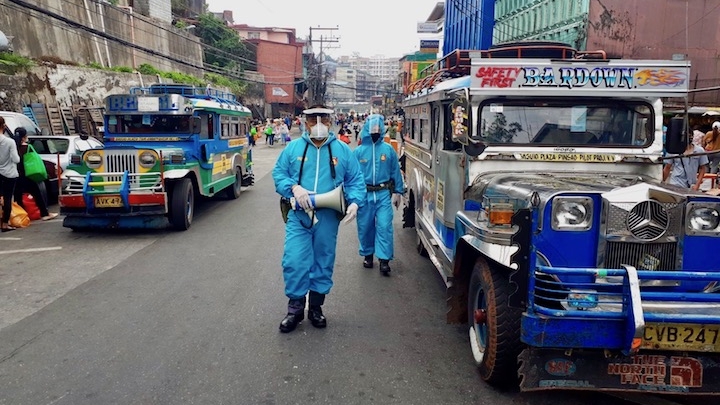 One of the contacts of a well-known doctor, who was diagnosed that weekend in April, recalled getting a call from the doctor, telling her to be tested.

She only recalled handing over a pack of personal protective equipment to the doctor a few days earlier.

On Monday, she got a call again from a nearby health center, asking her to get a test.

The contact, fortunately, tested negative from a rapid testing kit at the Baguio Health Center.

The tracers may be persistent, but the contact was able to breathe with ease.

After that dreadful April weekend, the number of Baguio’s active cases did not rise higher than the 17 it had reached at the time. In June, the average number of cases was less than 10.

There were no breakouts from the villages where the positive cases stayed. The closest was when a male nurse infected his brother, although both had since recovered.

A member of the contact-tracing team said that a patient could have as many as 150 first-level contacts.

Contacting all of them is difficult, but more so extracting that much number from a patient who was already stressed and panicky. 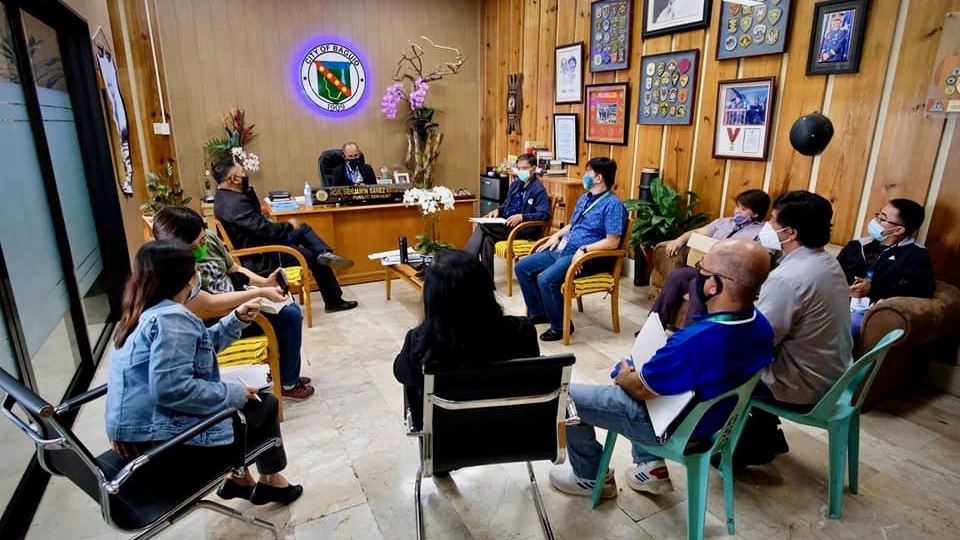 At the start of the Luzon lockdown in mid-March, Magalong already stressed the importance of contact tracing to stop the spread of COVID-19.

As early as the third week of March, he had formed his contact-tracing team. He drew from his experience as the former chief of the Criminal Investigation and Detection Group of the Philippine National Police by introducing enhanced cognitive interviewing (ECI).

ECI is a recent police questioning technique to retrieve information about a crime scene from eyewitnesses and victims.

Retrieval techniques include reinstating the environmental and personal context of the crime scene by asking witnesses how they felt, what they saw, heard, and smelled, even trivially, that particular day.

It also includes juggling from different perspectives the events leading to their detection and reporting.

“If they interview as usual, they only get 25% of where the patient went or who they interacted with. The cognitive interview will get the other 75%,” he said. 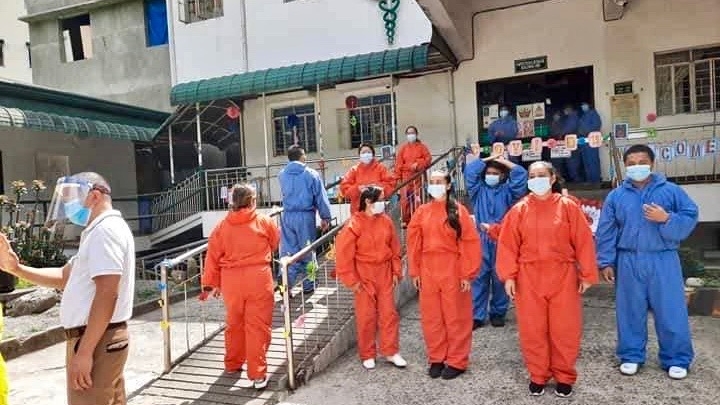 The contact tracers not only zero in on the patients but on their home barangays. After the results prove positive, Mayor Magalong would declare that particular barangay under lockdown.

The team would then swoop down on the barangay and interview the neighbors and possible contacts in that place.

The team also includes those who disinfect the place. The information-gathering would take a few days or even more than a week after, as in the recent case of the barangay where the first taxi driver in Baguio to become COVID-positive lives.

That was because the taxi driver said that he never left his home during the lockdown except to go to the market. But he also drove his cab for three days when the quarantine eased.

In fact, if you look at the comment sections of the Facebook posts of these cases, almost all sent their prayers and encouragement.

With Dr. Donna Lorenzana Tubera-Panes, the chief epidemiologist of the city, at the helm, a real-time website was created (endcov19.baguio.gov.ph) to show the locations of suspect, probable, and confirmed cases. Also included are collected statistics, like profiles of the confirmed cases and the health facilities where the active and suspect cases are.

Tracing beyond one’s own 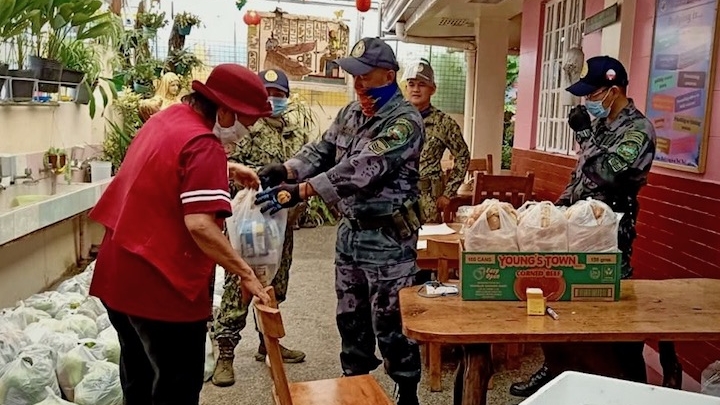 With Baguio’s active cases down to less than 7 throughout June, the city has expanded its risk-based mass testing.

With 4 RT-PCR machines, one RT-PCR automatic extractor, and about 10,000 kits, Baguio has started zeroing on frontliners other than those in the medical services.

In mid-June, Mayor Magalong met with the mayors of the municipalities that surround Baguio – La Trinidad, Itogon, Tuba, Buguias, Tublay, Bokod, Mankayan, and Sablan – to discuss cooperation to fight COVID-19.

With Benguet province now having more than 20 cases, Magalong had the mayors and their teams undergo a two-week training in COVID-19 detection and contact tracing.

He said that with the re-opening of the city and the province, the otherwise controlled situation would be compromised.

He said synchronizing data among neighbor local governments is essential as more and more of the cases are interlinked. (READ: UP experts flag gaps in DOH coronavirus data)

This is evident in the high number of vegetable dealers and producers who tested positive recently, as they crossed towns and mingled with residents from different localities.

Magalong stressed that, in the end, tracing cannot be limited to one’s own territory, but requires cooperation with neighboring localities.

“Using the city’s current COVID-19 detection and contact tracing resources,” Baguio’s mayor said, “is a powerful tool in establishing the entire picture on the links of the patients.” – Rappler.com