Billions of pesos in Church funds locked in stocks 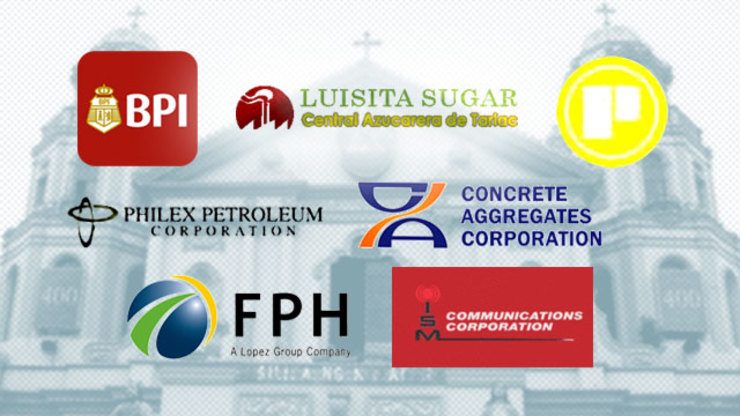 Part 1: Can we know how rich the Catholic Church is?

MANILA, Philippines (UPDATED) – In the repair and renovation of the Manila Cathedral, not a single centavo was spent by the Archdiocese of Manila.

Big-time philanthropists shouldered 90% of the entire cost, according to former chief justice Artemio Panganiban, who was tapped by the Church to spearhead the fund-raising. When Manila Archbishop Luis Antonio Cardinal Tagle gave the go-signal for the project, there was no money to spare.

“The Church has money for operations but not for construction,” Panganiban told Rappler.

To be sure, on its own, the archdiocese can well afford to finance the undertaking.

In fact, whenever the financial board of the Archdiocese of Manila sits down, its main agenda “is what to do with the money,” a long-time Church adviser relates.

Like other organized religions, one would be hard pressed to assume that the dominant faith in the country is lacking in resources. The more difficult challenge is to determine the actual worth of the Catholic Church, considering its errant financial reporting to regulatory bodies.

One way of assessing the financial status of the Church is through its stock investments, where companies are required to disclose their biggest stockholders. Although it does not capture the entire picture, it provides a bird’s eye-view of how much and where Church funds are.

A check with the PSE showed that the Church is a major  player in the stock market, with  billions of pesos in funds locked in shares. It has investments in banking, oil, information technology, energy, food and beverages, construction, and mining.

Solidifying its reputation as still one of the richest dioceses in the world, the Archdiocese of Manila leads the way, with its hospitals and other companies engaged in the stock market. It can be argued that it is the most liquid among the dioceses in the Philippines.

As of December 29, 2014, the value of  stocks of the archdiocese and its subsidiary companies parked in different companies listed in the PSE amounted to more than P30 billion.*

With BPI, the Archdiocese of Manila is the 5th largest stockholder, equivalent to 8.35% share.

The Archdiocese appears to have consolidated its share in BPI. Based on a December 31, 2010 disclosure, its percentage share was pegged at 6%, with 3 Church-run hospitals – Hospital de San Juan de Dios, Hospital de San Jose, and St Paul Hospital, owning less than 1% of the total share of stocks. Two  other Church related entities – Real Casa Misericordia and Mayordomia deal Cathedral – also had substantial shares.

By September 30, 2014, these Church entities were no longer in the list of top 100 stockholders in the bank. Still, the Church investment is equivalent to one seat in the BPI board of directors. “The Church used to have 3 seats before but its shares have been diluted,” the Church financial adviser said.

With oil firm Philex Petroleum, the Archdiocese was number 14 in its list of 100 top stockholders as of April 2014. However, by September 2014, the Church had apparently divested its shares.

The Church financial adviser said that the archdiocese decided to divest from the oil and mining company to be consistent with its teachings. In 1998, the Catholic Bishops’ Conference of the Phillippines issued a pastoral statement criticizing large-scale mining as destructive to the environment.

But some dioceses are not practicing what they’re preaching.

It’s not only the Archdiocese of Manila that’s dabbling in stocks. The archdioceses of Zamboanga, Tuguegarao, Nueva Segovia de Vigan, Jaro, and the dioceses of Butuan and Sorsogon also have placements in the stock market.

While bishops and archbishops are only titular CEOs in their respective dioceses and ecclesiastical goods, in essence, are not their personal assets, retired Archbishop Diosdado Talamayan had stocks parked with Phinma under his name totalling 35,066 shares worth P350,660.

The reported Church shares listed above exclude investments that Catholic religious groups have placed in the stock market.

Based on the PSE disclosures, the Religious of the Virgin Mary rivals the Archdiocese of Manila in stock placements.

The Archdiocese of Manila’s financial empire was built by the late Cardinal Rufino Santos. Known as a financial genius, Santos spearheaded the Church’s diversification that included companies that, in hindsight, operate businesses that conflict with the Church teachings.

But things have changed since then.

The Church financial adviser said the Church has a “negative list” where investments should not be placed because these “go against Church teachings.” These include firms that engage in mining, gambling, and child labor.

The financial adviser admits that it took some time for the Church to be consciously selective about where to put its money, referring to its previous investments in Philex Mining. “It takes some time for consciousness to take root,” the adviser explained.

Consciously, the Archdiocese of Manila is trying to simplify its complex cash system, the Church financial adviser added.

The revamp could include divesting some of its investments in businesses that are not profitable or could invite controversy in the future. – with reports from Rey Santos Jr/Rappler.com