Inside story: SAF kept military out of the loop

Jan 29, 2015 8:51 AM PHT
Carmela Fonbuena
Facebook Twitter Copy URL
Copied
By the time the soldiers arrive in the area, the task waiting for them is to carry the dead in the bloodiest one-day clash in the recent history of the Philippine police 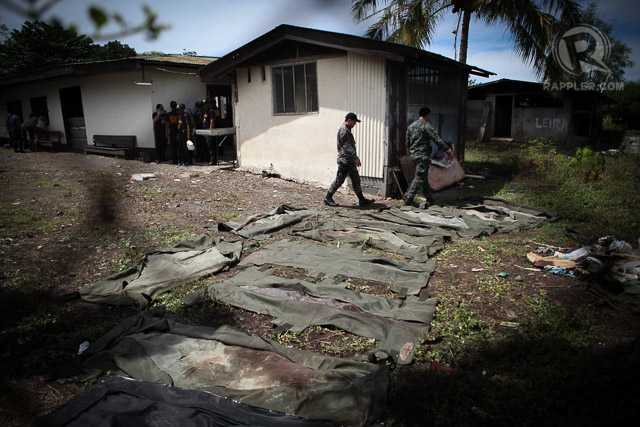 The Army 6th Infantry Division wanted to immediately provide fire support, according to 3 sources in the Armed Forces, but the cop on the phone couldn’t give the exact grid coordinates.

“Saan kami puputok? Hindi nila alam kung saan sila. Ang pinakamasakit, friendly fire (Where are we going to fire? They did not know where they were. The worst that could happen was [for us to come in and commit] friendly fire),” said a military general based in Camp Aguinaldo but was privy to the operations on the ground on Sunday.

As they are a mobile force, many SAF troops were plucked from other areas outside Maguindanao for this operation.

The military had several military detachments and hundreds of soldiers deployed around Mamasapano in Maguindanao at the time, but lack of prior information and coordination prevented them from preparing contigency plans that could have possibly stopped the carnage.

By the time the soldiers arrived in the area, the task waiting for them was to carry the dead – 44 elite cops – in the bloodiest one-day clash in the recent history of the Philippine police.

In his televised speech on Wednesday, January 28, President Benigno Aquino III scored the failure of SAF to follow his strict instructions to coordinate with the military on the ground. (READ: Aquino: I talked to SAF chief before Maguindanao ops)

This failure was fatal. When the SAF asked for help, the military still had to scramble for troops deployed in various detachments.

Aquino said he was shocked to learn that the Western Mindanao Command (Westmincom) chief Lieutenant General Rustico Guerrero and 6th Infantry Division chief Major General Edmundo Pangilinan – who are in charge of military units on the ground – were only informed of the operation after the SAF units had already attacked the area.

The police later revealed that a total of 392 SAF troops – an entire battalion – were deployed for the operation. The overwhelming force shows it was meant to be an all-PNP operation, based on the assessment of the military officer. They were walloped inside enemy territory. (READ: Zamboanga’s heroes are Maguindanao’s fallen, too and Region in mourning: 1 in 3 slain SAF sons of Cordillera)

SAF commander Police Director Getulio Napeñas Jr has since been relieved. The operation that the top PNP echelon claimed they did not know about is now the subject of various investigations. 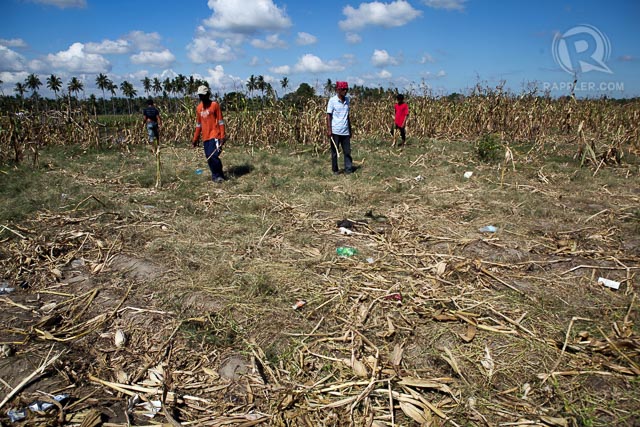 Mindanao veterans in the Army were also aware of how treacherous the terrain of Mamasapano is.

On that fateful day, military commanders knew that had they joined the battle belatedly it could have blown into a full-scale war, marking the death of the peace process.

Troops of the Army 45th Infantry Battalion saw the SAF enter the encounter area around 3 am Sunday. Barangay Tukanalipao, site of the main clash, is about 15 kilometers from the highway. This estimate is similar to a police report Rappler obtained Sunday noon indicating that the SAF units entered the area at 2:30 am.

About an hour later, at 6 am, the soldiers heard the firefight but did not know what was happening. It could have been rido or clan war, too, which is common in the area.

It was reportedly about 9 am, at the height of the firefight, that PNP OIC Deputy Director General Leonardo Espina called Westmincom chief General Guerrero – his classmate at the Philippine Military Academy (PMA) – to ask for reinforcement. 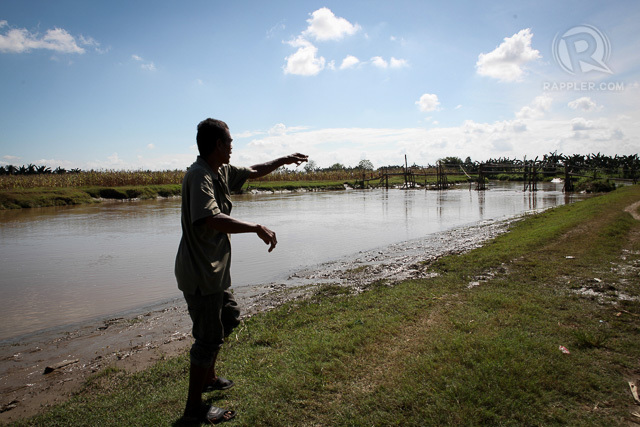 They rushed to the MILF’s 105th base command in Mamasapano but arrived there between 10 am and 11 am. The SAF had suffered their massive casualties by then, although the firefight wasn’t over.

“It was important for us to be there physically to stop the fighting. We saw bodies on the streets,” he said.

Galvez and the rest of the CCCH members had to crawl into the battle zone to stop the firefight. “Grabe, nagmamakaawa si General Galvez,” described the military general.

Meanwhile, it was already around noon time when troops from the 45th Infantry Battalion, accompanied by the tanks of the 2nd Mechanized Brigade were able to assemble at the highway leading towards Tukanalipao. 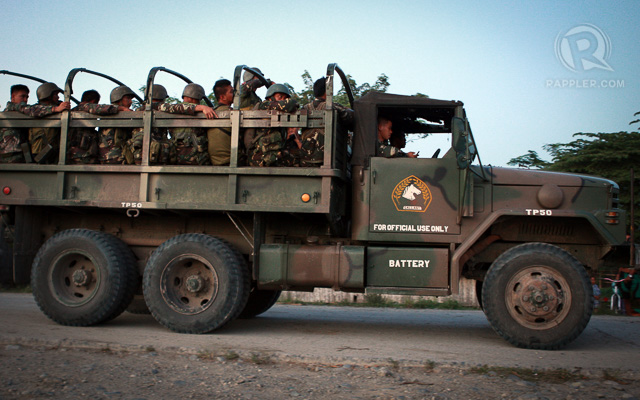 The military walked on eggshells in Maguindanao.

They were afraid of endangering the peace talks, the legacy of President Benigno Aquino III that they were instructed to protect.

“Very emotional kami dito. Kapag nabulilyaso ang peace talks, sino ba ang makikigyera?” an officer on the ground lamented. (We are very emotional here. If the peace talks collapse, who will be going to war?)

The military tried its best to distance itself from the police operation. When the BIFF claimed on Sunday that they exchanged gunfire with soldiers, Camp Aguinaldo was quick to issue a statement to say that it was purely a police operation.

As some camps lamented that the military could have done more to help the SAF troopers, soldiers argued it could have been worse had they rushed to the encounter area. “It’s going to be war and it will involve us,” said the military officer.

Still, the military could have fired explosives to hurt the rebels who trapped the surviving SAF troopers. But the soldiers blamed the absence of reliable grid coordinates for their failure to do so.

MILF’s cozy ties with the BIFF

The bloodbath happened as Malacañang hoped to get Congress to pass the Bangsamoro law that will legislate the agreements in the peace deal signed last year. 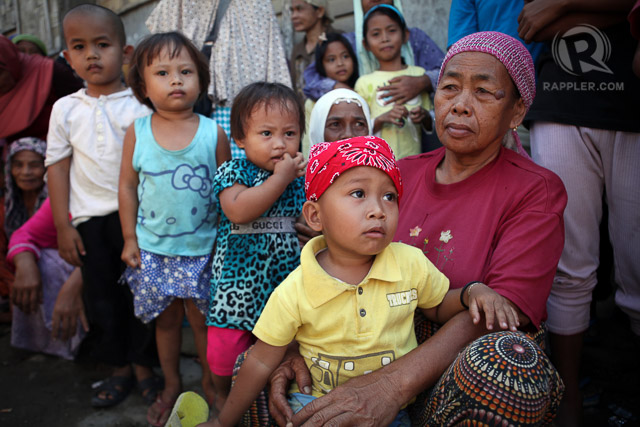 This is where the SAF got sympathies from combat soldiers familiar with the situation in Maguindanao, who acknowledge the likely reason the police did not coordinate is to make sure Marwan will not be tipped off and escape.

As in the aftermath of Al-Barka, the President once again stood his ground for peace. But he knows too well the landscape has changed. – Rappler.com