Why Binay resigned from the Cabinet One month before his resignation, Rappler already reported that Binay was likely to resign even before the filing of certificates of candidacy in October, and before President Benigno Aquino III chooses an administration candidate.

Calls for Binay to vacate his posts as housing czar and presidential adviser on Overseas Filipino Workers (OFW) concerns began since his buddies-turned-accusers exposed one corruption scandal after another, and filed plunder complaints against him last year.

Sources from the Binay camp told Rappler the reasons for his resignation have more to do with politics than answering graft accusations. ‘The awkward, odd man out’

“He’s really not part of the political party where most, if not practically all of those serving the Cabinet are members. So he seems to be the odd man out. At some point, it really becomes intolerable, especially when the political climate heats up,” Bautista told Rappler. 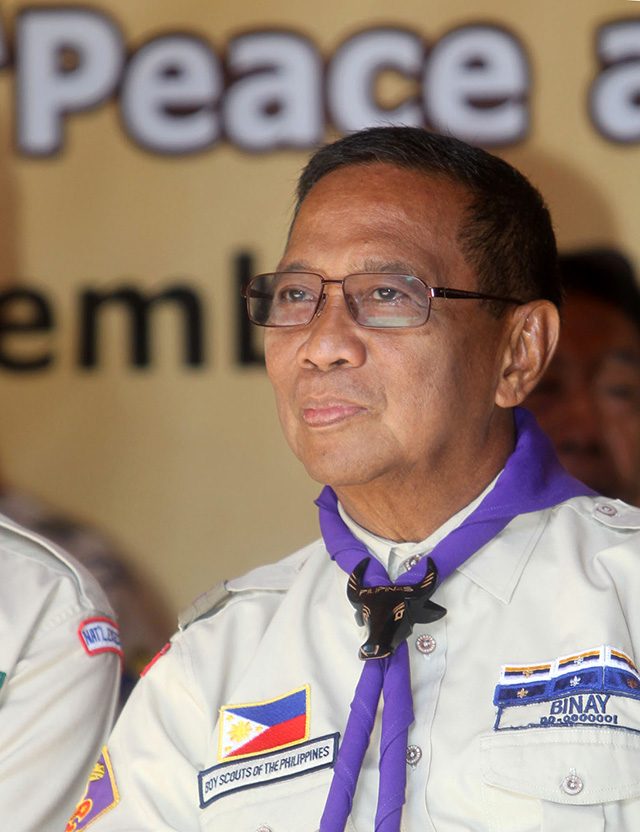 He added: “It’s untenable in the sense that he is still in the Cabinet and a declared candidate, and the President will be supporting someone else, it’s going to be awkward.”

The President is set to name the administration’s standard bearer after his State of the Nation Address on July 27, making the period key for political parties and politicians finalizing plans for 2016.

A partymate of Binay said the the Vice President’s call was a “personal decision” based on “gut feel.”

The group was initially torn about their patron resigning before October. Those in favor of early resignation believe Binay might lose “political gravitas” in the sure event that Aquino anoints another successor, either Interior Secretary Mar Roxas of the LP or independent Senator Grace Poe.

Besides saving face, another factor behind Binay’s possible resignation is that the move will allow him to directly criticize the Aquino administration.

“He will not be burdened by having to answer as an alter ego of the President,” Bautista said.

Years before the polls, Binay already distanced himself from Aquino, creating his own Senate slate in 2013, and questioning the lack of inclusive growth, particularly unemployment and poverty. (READ: Binay and the politics of firsts)

Even on foreign policy, Binay does not toe the official line. He backs a joint venture with China for oil and gas exploration in the disputed South China Sea while Aquino approved a historic legal case against Beijing’s expansive claims.

A member of Binay’s inner circle said that the Vice President wanted to speak up about the government’s handling of the January 25 Mamasapano clash that killed 67 Filipinos including 44 police Special Action Force (SAF) members. It was a major security and political crisis that pulled down Aquino’s popularity. (READ: Binay keeps mum on Aquino’s role in Mamasapano)

“VP Binay felt hurt on how the SAF 44 and the survivors were treated, that they were even the ones blamed. He wanted to openly speak out but he just kept quiet because he didn’t want to add to the problems of the President. He did not want to leave the President at his lowest moment. That was the height of the thought of resignation,” the source said.

Publicly, Binay then only said “there can be no peace without justice,” and warned against rushing the passage of the Bangsamoro Basic Law, a priority, legacy measure of Aquino as part of the peace process with the Moro Islamic Liberation Front. 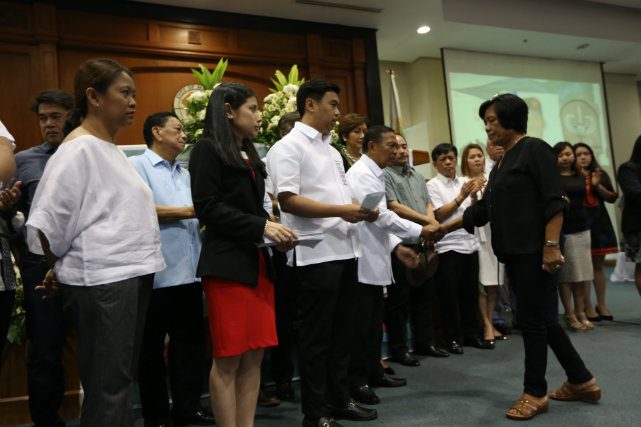 What happens now that Binay resigned?

Political science professor Allen Surla of De La Salle University told Rappler that there will be no significant impact on governance. He said it would have been different had Binay bagged plum posts like the interior, and transportation and communications portfolios that Roxas got.

“The positions Binay holds are not administratively tedious but they reach out to the poorer segment of society. What’s the number one problem of Filipinos? Housing. That has a lot of photo ops and media mileage but he already optimized that. He has name recall. Now, he’s got everyone either for him or against him. There’s no middle ground. It’s love or hate,” Surla said.

Fierce Binay critic Senator Antonio Trillanes IV wanted Binay out of the housing sector, accusing him of using his influence for his friends to corner development loans.

The effect of resignation is political. Bautista said that while UNA called itself a “loyal opposition” to Aquino in 2013, this time around, the party draws the line.

“We are no longer ‘Her Majesty’s Loyal Opposition’ like in the UK. We are now the opposition but the behavior of this opposition is not old politics centered on character assassination like the Villaroyo and Topak,” Bautista said in reference to black propaganda against Aquino and former Senator Manuel Villar Jr in the 2010 polls.

It remains unclear if Binay will speak against Aquino himself, considering family ties and debt of gratitude. The former Makati mayor owes his political break to the President’s late mother Corazon who appointed him officer-in-charge of the city during her presidency in 1986.

Personal relations and having the two highest officials from opposing parties characterize the oddity that is Philippine politics.

In countries like the United States and Indonesia, presidents and vice presidents are voted from the same party with similar ideologies. A heartbeat away from the presidency, America’s VP also acts as president of the Senate, and influences legislation.

Surla believes there is merit to the Philippine system. “If the president is abusive and you have a strong vice president, he could be the voice. But if they are partners and they are both corrupt, the vice president will sign the same tune. It’s good to have a balance.” Binay will remain vice president, but no longer a Cabinet member. Bautista said Binay will just focus on campaigning.

Binay’s Cabinet tasks allowed him to go around the country under the pretext of awarding land titles or distributing housing assistance. These past weeks, he was in Dumaguete City, Panabo in Davao del Norte, and Davao City.

The Vice President admits he combined campaigning with his official functions, meeting with local leaders, and firming up his grasp of the pulse of ordinary people. The official campaign period has yet to start in February.

(In plain language, is it forbidden? Not yet. There is no prohibition on campaigning now because that, in the first place, is the advantage of the incumbent. Because if an incumbent works, they can accuse you of campaigning. But when it’s them who go around, what now?)

His aides insisted that the resignation is not related to the freeze order, and should not be taken as a sign that he supports the Anti-Money Laundering Council (AMLC) investigation into his alleged ill-gotten wealth.

Binay’s bolting the President’s official family will not come as a surprise to Aquino. As early as November 2014, the chief executive already responded to Binay’s complaints of a government-orchestrated demolition job, and his criticism of the administration.

While Binay’s swipes are often implicit, Aquino was blunt: “If he thinks we are on a wrong direction, he is free not to join us.” – Rappler.com