Jul 13, 2015 6:00 PM PHT
Aries Rufo
Facebook Twitter Copy URL
Copied
'She has captured the imagination of the public, but has not mesmerized them yet,' says political science professor Gladstone Cuarteros of Senator Grace Poe 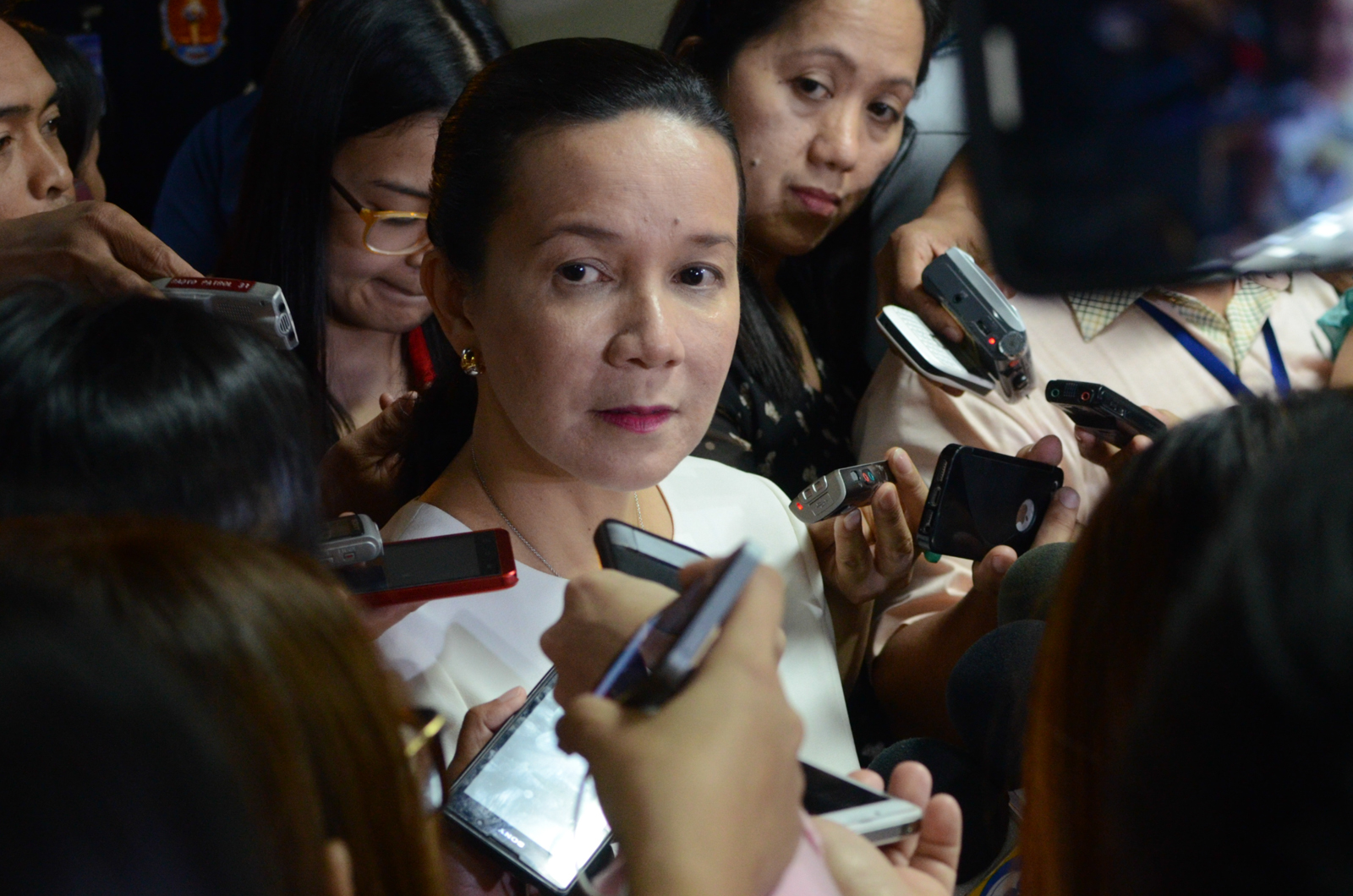 Editor’s Note: This is the concluding part of our 2-part series on the legal issues that Senator Grace Poe, eyed as a top candidate in the 2016 presidential race, is expected to confront.

MANILA, Philippines – Citizenship issues against presidential candidates had proven to be the Achilles heel for at least two in the past – former Manila Mayor Alfredo Lim and the late Fernando Poe Jr who contested the presidency in 1998 and 2004, respectively.

As soon as questions were raised against their citizenship, the downtrend in their campaigns became irreversible. Financially, the effect was fatal. Potential funders shied away and campaign funds dried up.

But in the case of Senator Poe, Rappler learned from someone close to her that some big-time funders are already making a bee line for her door. But there is no assurance that manna from heaven will continue to rain, especially if legal issues against her prosper. 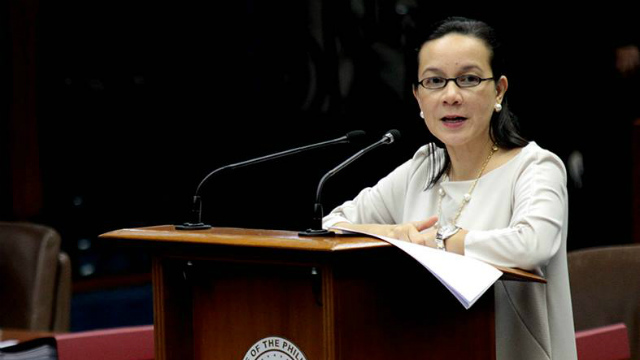 Poe has insisted she is a natural-born citizen although critics argue her being a foundling makes her stateless. Poe was abandoned as an infant. Her parents, although presumed to be Filipinos, remain a mystery. (READ: Grace Poe: I’m a natural-born Filipino citizen).

Poe has cited the UN Convention of the Rights of the Child and the 1954 UN Convention relating to the status of Stateless Persons in asserting her citizenship and natural-born status.

Election lawyer Romulo Macalintal, for his part, told Rappler that Poe, in asserting her Filipino citizenship, can also invoke the 1961 Convention on the Reduction of Statelessness, which states that a foundling assumes the nationality of the place where it is born.

Specifically, Article 1.1 of the Convention states that: “A contracting State shall grant its nationality to a person born in its territory who would otherwise be stateless. Such nationality shall be granted: (a) At birth, by operation of law, or (b) Upon an application being lodged with the appropriate authority, by or on behalf of the person concerned, in the manner prescribed by the national law.

A lawyer familiar with the international conventions said they provide a weak argument for Poe. In the first place, citizenship under the UN Convention relating to the status of Stateless Persons is not automatically conferred, as stated under Article 32 with the heading, Naturalization. “You still have to apply to acquire citizenship. And when you apply, you are no longer presumed to be natural born.”

As for the Convention on the Reduction of Statelesssness, only about 63 countries have ratified it, excluding the Philippines, which means “we are not bound by it.”

To further complicate matters for Poe, she could be deflecting qualification issues from two fronts at the same time – either at the SET or the Commission on Elections when she finally files her COC.

Former Comelec chair Sixto Brillantes told Rappler that a case can be filed against Poe before the SET and the Comelec without cancelling each other out. “The positions to be questioned are two different posts. In the SET, it is her qualification as as senator. In the Comelec, it is her qualification as presidential or vice presidential candidate. It is to deny due course to her COC. The SET and the Comelec have different jurisdictions,“ Brillantes said.

Brillantes, who might join either Binay or Poe as legal consultant, said it is better for Poe to face a legal challenge to her qualification before the SET early on, than to wait for her COC to be challenged before the Comelec.

“In the Comelec, the case will be first raffled before a division. And then it will be elevated to the en banc. And very likely, this will be brought to the SC,” Brillantes said. “In the SET, the legal issue can be settled easily. Poe submits her evidence proving her nationality and that’s it.”

But is it just really just a case of going through the judicial motion and simply submitting proof of one’s citizenship?

If Poe assumes she will get fair play in the High Court, she could be in for a big disappointment

The bodies that are going to decide whether she’s a natural-born Filipino or not, or whether she has satisfied the 10-year-stay requirement for those seeking the presidency are also highly political ones inasmuch as these are judicial.

The SC justices, although vetted by the Judicial and Bar Council, are all appointed by Malacañang. Aquino has 5 appointees in the 15-man body, with the rest, appointees of former President Gloria Macapagal-Arroyo.

And this is where things could get more frustrating for the newbie senator. If she is assuming she will get a fair play in the High Court, she could be in for a big disappointment.

Peeled of their supposed judicial independence and objectivity, political leanings of members of the High Court surface from time to time, indicating where their loyalties lie. The most recent example of this invisible political divide was evident in the Court’s June ruling upholding Aquino’s Executive Order 2 that revoked the appointments of 5 midnight appointees of Arroyo.

A High Court insider said that based on the voting, 6 Arroyo appointees held their ground that the former president’s midnight appointments were legal. Up to the last minute, voting was split down the line, 7-7. In the end, voting was 8-6 after one SC member, who is an Arroyo appointee, switched sides.

Had the minority won, “it would have been an embarrassment to the President,” the High Court insider said. 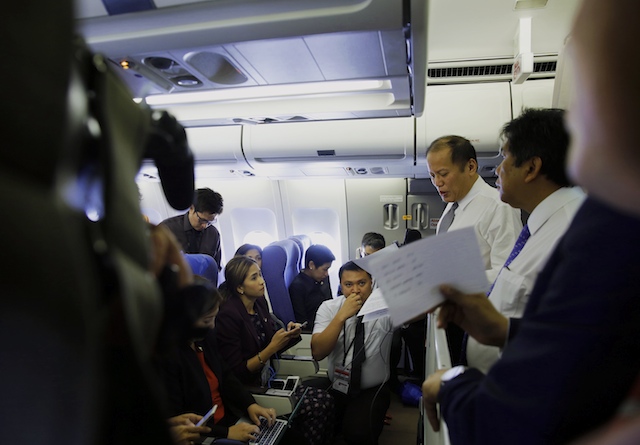 In the case of Poe, with practically no judicial clout, she is bound to lose in the SC which will eventually rule on her disqualification case filed before Comelec. With no perceived allies, her only hope is to be in the good graces of the President, who might be able to rally his own appointees to back her up.

Reports of a strategic alliance between Binay’s UNA and Arroyo’s Lakas party also do not augur well for Poe, as this could well spill over to the Tribunal. And without the protective mantle of the President, “if you look at the configuration, she has practically no assured votes.”

The  case of her late father, who was declared natural-born by the SC with an  8-5 ruling, was a different matter, however. The movie icon had at least some cushion from 4 justices who were not appointees of Arroyo. Hounded by the citizenship issue case in the first half of the campaign, Fernando Poe’s campaign suffered in the end. (READ: FPJ’s citizenship woes a glimpse of Grace Poe’s battle ahead.)

Political analyst and De La Salle political science professor Gladstone Cuarteros said Poe can hope that if her presidential candidacy generates enough groundswell of support from the public, the SC justices might just look at things differently. “She has captured the imagination of the public, but has not mesmerized them yet.”

Macalintal agreed. “If Poe remains highly popular, the SC could consider the public backlash that might result in denying her the right to seek the presidency. Justices are also sensitive to the prevailing political situation.” – Rappler.com

If you have information or tips to share, email us at investigative@rappler.com