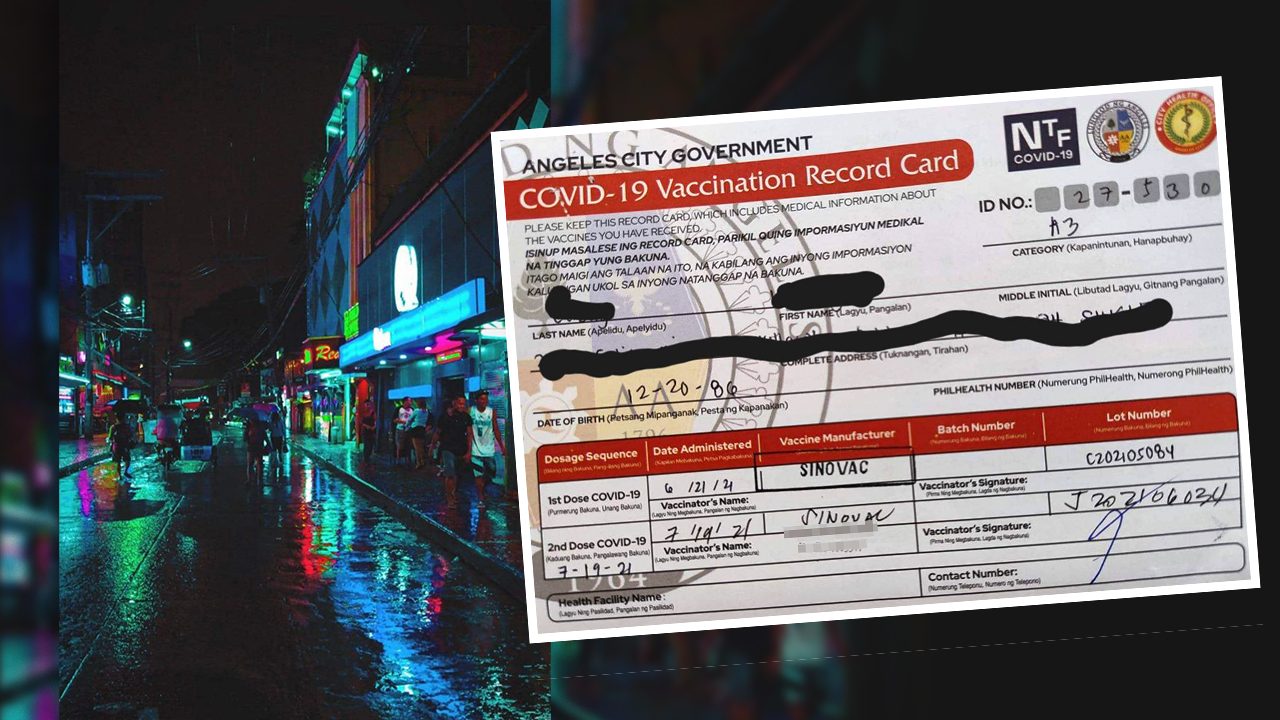 ANGELES CITY, Philippines – When Angeles City gave the green light to reopen recreation establishments mid-2022 after a two-year COVID-19 lockdown, the first order of business was to update the health cards for workers of the bustling Fields Avenue bar district.

Under pandemic management guidelines, the government added the COVID-19 vaccination card to the list of requirements for entertainment workers to obtain a health certificate.

“We knew many entertainers were unvaccinated. That is why we set a Rondabakuna on Fields Avenue to accommodate them,” Angeles City chief adviser I.C. Calaguas said in a mix of English and Filipino.

It was logical for the city to launch a vaccination drive at the popular nightclub strip, frequented by customers eager to take a much-needed break from the stresses of the pandemic.

Before COVID-19, Calaguas said, some 3,000 entertainers worked in the bars dotting a 500-meter pedestrian center of revelry and surrounding streets. Fields Avenue opened in the 1940s to cater to American servicemen stationed at Clark Air Base.

The number of workers needing health cards is much higher now since they include other service staff, those working at massage parlors, cleaners – an army of folk bustling behind the neon lights. Pre-pandemic, around 5,000 firms were registered under the League of Angeles City Entertainers & Managers, according to Infobel, a Belgium-based online international telephone directory that gives snippets of business data.

For sure, there were workers who refused to get vaccinated, but, according to Calaguas, “they needed vax cards to return to work.”

Recall that in the early days of the pandemic in 2020, then-president Rodrigo Duterte declared a state of national emergency. The crisis eventually led local government units to pull in all available workers to help with the vaccination program.

In August, when the vaccination drive for entertainers went full swing, personnel of the sanitation department – the agency that issues health cards – noticed that something was wrong.

They could not find the names of at least 13 entertainers with vaccination cards in the database of the Gender and Development (GAD) office, which collates vaccination data – the same data shared with the staff of the sanitation department.

This would not have raised red flags since, across the country, vaccinated individuals seeking certificates had reported their names missing from the national government database. They just needed to go to their local government unit and request for the uploading of their records. (READ: Philippines’ digital vaccine certificate system launches for OFWs, certain travelers)

But sanitation unit staff spotted other irregularities. For example, some of the cards listed vaccination dates during which no vaccination operations were held. Other cards named brands, like Pfizer, even if these were not dispensed on the dates indicated.

Calaguas said: “Either ‘yung date na ‘yun wala kaming bakuna or ‘yung time na ‘yun hindi Pfizer ‘yung ginamit, pero Pfizer ‘yung nandoon.” (It was either we were not vaccinating on the dates written down, or some mentioned Pfizer when that wasn’t what we were using.)

The discovery cemented the claim of a bar employee in charge of entertainers, who told sanitation department workers that a young worker assigned to CENRO was peddling COVID-19 vaccination cards around Fields Avenue.

After the city started operating mega vaccination sites in March 2021, there was talk as early as late April and May that some individuals on duty were selling vaccination forms.

“Do you remember, the first time vaccines arrived, there was limited supply?” Calaguas recalled. Those forms would allow bearers to jump the line, as the first priority for vaccination were health workers and other frontline personnel vulnerable to COVID-19 infection, followed by senior citizens and persons with comorbidities.

The loose talk about the forms being sold went unacted upon. The city government was unable to thoroughly probe into the reports and instead decided to place CCTV monitors around vaccination sites and responsible offices to serve as deterrent and to aid surveillance.

An attempt to piece together how the anomalies involving vaccination cards happened revealed that a young CENRO worker got her hands on genuine vaccination cards while on duty at the City College of Angeles mega vaccination site. She was identified as Janine Lising.

Lising and some barangay nutrition scholars were assigned to fill up vaccination cards, and had easy access to a key resource: blank vax cards that were not being monitored.

It was a bar person in charge of entertainers who helped investigators identify Lising as the source of the fraudulent vaccination cards. The bar person showed an exchange of messages with Lising when city personnel started asking about workers’ vaccine cards.

“It was a coincidence that we were then meeting with the city health office. We looked for Lising. We asked her, ‘Is this you? Did you talk with this person?’” Calaguas told Rappler.

The CENRO worker admitted it was her, but initially said she had released only four cards. But, on August 18, the sanitation office found 13 more fake cards, all also allegedly from Lising. The discovery of the 13 cards prompted the city government to file a complaint against Lising on August 23.

Lising was held overnight at the Angeles City Police Office (ACPO) Station 3 on the same day, but was released the day after, August 24, police told Rappler.

The police have filed 13 complaints against her for falsification of public documents, each complaint representing a falsified vaccination card turned over by the GAD office. 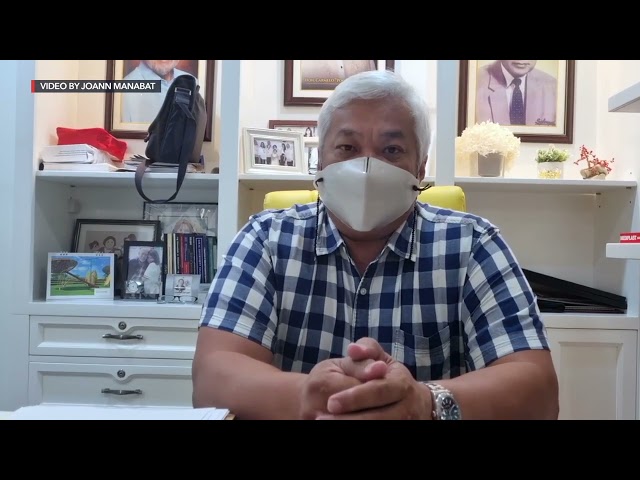 Mayor Carmelo Lazatin Jr. said Lising’s group falsified the signatures and license numbers of two city vaccinators, Glenda Aromin and Anna Unika Marieya Cabigting. Both have signed affidavits confirming that the signatures on the vaccination cards were not theirs.

“There are no records of [the entertainers’] vaccination at the Angeles City Covid Database Center,” GAD officer-in-charge Mina Cabales stressed.

Calaguas told Rappler on August 30 and September 1 that Lising eventually admitted getting around 1,000 cards.

“Lising said she got an estimated 1,000 cards. That was her statement. But we were not able to retrieve those 1,000 cards she mentioned,” Calaguas said in a mix of English and Filipino.

Lising sold the 13 cards to entertainers for P1,000 each after filling these with false information. It is not yet clear what happened to the rest of the cards. City officials are still deliberating on how best to track these.

Rappler sought Lising’s side, but she refused to give a statement. Her preliminary hearing is set for September 5.

Lazatin has ordered the filing of complaints against everyone involved in the scam, including Lising’s customers and others who helped facilitate the sales. The city withheld their names because of the ongoing investigation. GAD is preparing the supplemental affidavits, Calaguas told Rappler.

In an interview with Rappler on Tuesday, August 30, city officials acknowledged that at a time when local government units were feverishly trying to inoculate as many residents as possible, a lack of control mechanisms around the distribution of COVID-19 vaccine cards allowed the filching of the cards and opened the way for fraud.

All of the city’s vaccination cards come from the health department.

“The vax cards were not controlled. The format did not include a control number. Well, who would have thought someone would benefit from that?” the city adviser pointed out.

“By November 2021, CENRO staff were no longer in the mega vaccination site,” Calaguas said, as a new team had been brought in. She said the change was not prompted by the discovery of the fraud.

Calaguas warned those still contemplating fraud in relation to vaccination: “With the centralized database of the Department of Information and Communications Technology, if you make a fake card, you can’t use that at the end of the day.”

Calaguas said what the city had so far discovered was “only the tip of the iceberg.”

If one person, a very junior employee, could get her hands on a thousand cards, the question must be asked: How many other DOH-issued cards with fake details are in the hands of the unvaccinated?

“If RHU 1 gets 50 cards, we place at the back, individually, numbers 1 to 50. If we give RHU 2 the same number of cards, the numbers at the back will be from 51 to 100. So if there is a problem, we know which unit distributed that card,” the city chief adviser explained.

Based on discussions with the city health office, at the end of every day, agencies will count the vaccinations cards.

Other local government units like Mabalacat, also in Pampanga, use a QR code. 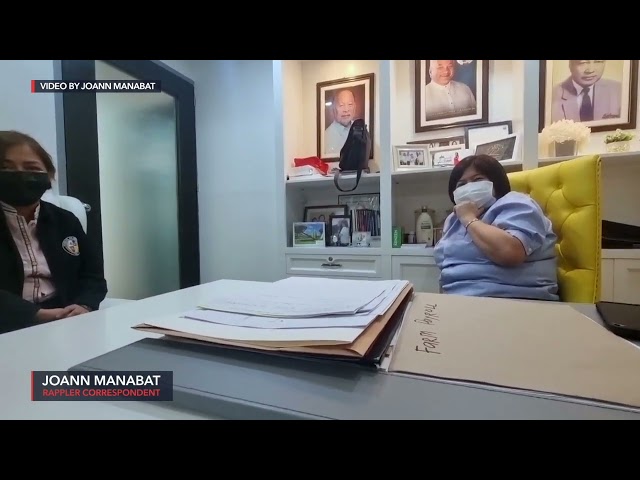 The number of fully vaccinated persons is more than its original target of 324,977, including minors 5-17 years old. The city has a population of 462,928.

“We need to increase the number of senior citizens who get booster shots,” Calaguas said, adding that the city wanted to trim the sector’s 4,000-person backlog.

The local government is also ramping up vaccination among students and other minors, although it would abide by the new policy of the Department of Education and the Commission on Higher Education that does not require vaccination for students returning to face-to-face classes. – Rappler.com