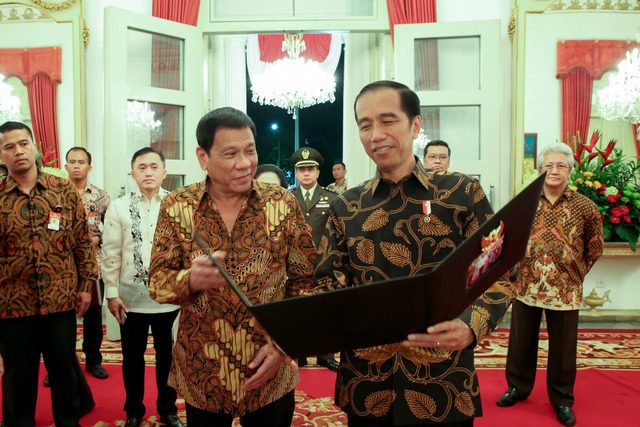 When the Philippines’ leading doctors, in an unprecedented move, banded together to beg the government to help them, President Rodrigo Duterte shot back the way he knew best: he dared the frontliners to plot a revolution.

“If you stage a revolution, you will give me the free ticket to stage a counterrevolution,” Duterte said in a mix of English and Filipino. “Try it. Let’s kill everyone with COVID-19. Is that what you want?”

Duterte’s choice of words – practically accusing doctors of plotting a “revolution,” ordering police to shoot violators, and even wanting to “slap” that “idiotic” virus – betrayed the way he views the coronavirus crisis. It is, for this long-time mayor called “The Punisher,” more a problem of law enforcement than public health.

It is, for Duterte, time to summon the generals. Carlito Galvez, the Philippines’ former military chief, is now the chief implementer of the government’s coronavirus policy. In this fight, he is under Defense Secretary Delfin Lorenzana and Interior Secretary Eduardo Año, also both retired military men.

More than 2,700 kilometers away from Manila, a similar story is emerging.

Though not foul-mouthed like Duterte, Indonesian President Joko Widodo, better known as Jokowi, has likewise sent retired and active generals to battle. In Indonesia, the COVID-19 task force is led by Lieutenant General Doni Monardo, who also heads the country’s disaster agency. Another prominent figure in Indonesia’s coronavirus response is Terawan Agus Putranto, the country’s health minister, who is also a retired general.

Indonesia and the Philippines stand out in Southeast Asia as countries where generals – not health experts – lead their coronavirus response.

The men who appointed them also have things in common: Both populists, former local leaders (Duterte as Davao City mayor and Jokowi as Jakarta governor), and politicians who, for different reasons (to become another Marcos, in the case of Duterte, or to compensate for the lack of political pedigree, in the case of Jokowi), have often found the need to court soldiers for support.

An analysis by Foreign Policy noted that Singapore and Vietnam, in contrast, “placed civilian leaders and health officials in leadership,” while in Myanmar and Thailand, military men have already been in charge in general.

“In Indonesia and the Philippines, allowing army officials to manage the crisis suggests that these governments see the coronavirus pandemic as an insurgency to quash – not a crisis that requires long-term health reforms,” wrote Foreign Policy’s Nyshka Chandran.

It’s no coincidence that the Philippines and Indonesia are also Southeast Asia’s laggards in COVID response.

The problem however is not so much the involvement of the military – experts say their wartime skills are needed in crises like this – but the way science takes a backseat as the Philippine and Indonesian governments prioritize enforcing the law and rebuilding the economy.

Latest data show how Indonesia and the Philippines are too far behind their neighbors when it comes to controlling COVID-19.

The Philippines recently overtook Indonesia as the Southeast Asian country with the highest number of coronavirus cases.

A far third is Singapore with 55,395, though it is crucial to note that around 94% of these cases come not from the community (as in the case of the Philippines and Indonesia), but from a separate outbreak in workers’ dormitories. The number of community cases in Singapore is around 2,200.

Trailing Singapore is Malaysia with 9,114 and Thailand with 3,356. The other Southeast Asian countries in the CSIS compilation – Vietnam, Myanmar, Cambodia, Brunei, and Laos – have 3-digit COVID numbers.

The problem in Indonesia, according to observers, is the government’s unscientific approach especially in the early months of the pandemic. Critics often cite how Jokowi at first endorsed herbal medicine against COVID-19. Or how Health Minister Putranto, a military doctor, said Indonesia initially had zero coronavirus cases because of prayer. “We owe it to God,” Putranto had said.

“The government’s narrative from the very beginning has been one that denied the science and denied the need for early intervention,” said Elina Ciptadi, co-founder of KawalCovid19.id, an Indonesian movement to provide data about the pandemic. She was one of the panelists in a COVID-19 forum organized by the International Institute for Strategic Studies (IISS).

Evan Laksamana, a political scientist and senior researcher at Indonesia’s Center for Strategic and International Studies (CSIS), said in the IISS forum that the “military outlook and mindset” influenced the decision-making process in Indonesia’s COVID response. One of these influences is the view that a lot of information should be kept a secret, to avoid giving “ammunition” to government critics.

Chaula said the military has a patronage system where soldiers nurture trusted circles. While on the one hand, the patronage system allows soldiers to work more efficiently together, there is the danger they might keep information for themselves. “Now that they have the information, it becomes their leverage with the civilian authorities, to show their competence and also their credibility,” Chaula told Rappler.

When asked why Jokowi depends much on the military, Chaula pointed out that the Indonesian leader, who “didn’t have any strong political roots,” needs soldiers to support him. “He tends to rely on military institutions because he doesn’t have enough support or back up,” she said. “He doesn’t have a high degree of influence within the party so it explains why he tries to rely on the military.”

Indonesia, after all, is an archipelago made of 17,500 islands, and the government needs military hospitals and their other assets to transport medical equipment, enforce health protocols, and conduct contact tracing of COVID patients. Unlike in the Philippines, he said, the perception of the military during the coronavirus pandemic “is not that negative” in Indonesia.

The problem in Indonesia, according to experts, is that the country is focusing more on rebuilding the economy than safeguarding public health. “Even though we suffer from the COVID-19 pandemic, the most important thing for the people is that at least they can eat daily,” said Habib. “The government sees that this is also an important issue for the people.”

“I think the spike of cases in Indonesia also has something to do with the business aspect itself,” said Chaula, noting it was the businessmen, not the military, who urged Jokowi to reopen Indonesia after lockdown, “otherwise there would be an economic fallout.”

In the Philippines, the Duterte government has also drawn flak for focusing more on law enforcement than public health. “Solusyong medikal, hindi militar (Medical, not military, solution),” has been the battle cry of Duterte’s critics during this pandemic.

A Rappler in-depth report shows how the military has influenced the government’s coronavirus response. It comes in the context of the Philippine president courting the military since Day One of his presidency to consolidate his grip on power the way the dictator Ferdinand Marcos did. Dr Tony Leachon – the Philippine government’s former coronavirus adviser who was “eased out” over a critical tweet – said putting the Philippines under quarantine, for one, was the idea of retired generals.

“It was the former generals who suggested these. The military tightens borders to control the movement of the New People’s Army or the Abu Sayyaf. This time, however, the enemy is a disease,” Leachon told Rappler in a July 28 interview.

The retired generals “think they are at war,” according to a Rappler source from the defense community, “but you cannot blame them.”

Still, according to a former defense official, the military’s experience in “deliberate crisis action planning” helps in responding to the coronavirus crisis. As in the time they responded to Super Typhoon Yolanda (Haiyan) in November 2013, these are the times they’re made for.

There is one important thing to note, however: according to experts, in the Philippines and Indonesia, soldiers have so far deferred to civilian authorities in responding to the coronavirus crisis.

In the Philippines, Leachon said former generals often yield to Health Secretary Duque and Presidential Spokesperson Harry Roque – men who have the ear of Duterte. In Indonesia, Habib said Monardo, head of the country’s COVID-19 task force, “is the one only implementing things on the ground, not creating policies.”

But if civilian authorities think this is a war more than an issue of public health, what marching orders would their generals get? Unfortunately for Indonesia and the Philippines, the fight against COVID-19 is more complex than just a war in the jungle. – with reports from Simon Levien and Nikko Dizon/Rappler.com