Winners and losers under Duterte's 2019 budget

This year's fiscal plan is the most controversial yet, with both chambers of Congress accusing one another of manipulating items in the budget bill to suit their interests.

It caused a months-long delay before its enactment, pushing the government to operate on a reenacted budget until the appropriations bill was signed on April 15. It meant that new projects were stalled, as the same amount of funds allocated in 2018 were used for the first quarter of 2019. (READ: Budget deadlock: Who's to blame?)

There were several issues hounding the P3.757-trillion ($72.24 billion) budget bill, with President Rodrigo Duterte exercising his line-item veto power to remove the appropriation of some P95.37-billion ($1.83 billion) worth of projects under the Department of Public Works and Highways (DPWH).

Apart from that, Duterte also ordered the implementation of a cash-based budgeting system for 2019 despite Congress' rejection of the policy. Previously, the Philippine government was running under an obligation-based system, which allowed disbursing payments for programs and projects that may not be delivered in the same year. (READ: What is cash-based budgeting?)

The spreadsheet below compares the 2019 budget with the cash-based equivalent of the 2018 budget:

Under the 2019 General Appropriations Act (GAA), the education sector received the lion's share of funds for a combined allocation of P501.232 billion ($9.639 billion) under the Department of Education, State Universities and Colleges (SUCs), and the Commission on Higher Education (CHED).

DepEd's allocation will mostly be used for repair and construction of school buildings, the hiring of teaching and non-teaching personnel, as well as developing and providing learning materials to students. (READ: FAST FACTS: What you need to know about the PH education system)

Despite having the largest budget, DepEd was not free from cuts in its programs.

In the 2019 National Expenditure Program or the proposed budget, the Department of Budget and Management (DBM) slashed P69.4 billion ($1.33 billion) from DepEd's Basic Education Facilities Fund (BEFF) due to underspending, citing the education and public works departments' absorptive capacity.

Under the budget bill, the DPWH should have at least P549.39 billion ($10.57 billion) in its coffers – and should be the highest allocation among agencies. But the contested P95.37-billion ($1.83-billion) item was vetoed by Duterte, making its budget only the second biggest this year.

DPWH's funds will be used for the government's infrastructure program "Build, Build, Build," as well as maintenance and construction of roads and bridges, payment for right-of-way for new projects, and improving flood control systems.

The PNP will be using P152.31 billion ($2.93 billion) for crime prevention – some P135.27 billion ($2.60 billion) of which will be used for the conduct of police patrol operations "against dissidents, subversives, lawless elements," as well as the campaign against illegal drugs.

The biggest spend for the conduct of police patrol operations is personnel services, which amounts to P131.61 billion ($2.53 billion). Meanwhile, the budget for intelligence activities is only at P61.05 million ($1.17 billion).

The rest of the PNP funds or P681.3 million ($13.1 million) will be used for criminal investigation and other related confidential activities.

The Department of Health (DOH) ranked 6th among government offices with the largest budgets this year at P98.57 billion ($1.99 billion).

Where's the budget for the Philippine Health Insurance Corporation? It's lodged under the budgetary support for government corporations. This amounts to P67.35 billion ($1.3 billion).

That would mean a budget of about P165 billion ($3.17 billion) for the health sector then, if the DOH and Philhealth funds were combined.

A third of DOH funds or P32.5 billion ($624.92 million) will go to health facilities operations, such as hospitals and drug rehabilitation centers.

The next biggest spend is the health systems strengthening program at P25.89 billion ($497.82 million), which included a restored P15.92-billion allocation ($306.12-million) for the controversial health facilities enhancement program (HFEP). The money should be used for investments in infrastructure and medical equipment.

But the DOH won over the budget department in this situation as lawmakers restored the funds under the 2019 GAA because they "recognize" the value of the program. Still, lawmakers urged the health officials to ensure efficient use of funds.

The hike in personnel services fund for cops and soldiers was due to the salary increases for military and other uniformed personnel, with about P70 billion earmarked in the 2019 budget.

In January 2018, Congress signed a joint resolution authorizing the compensation adjustment. But this was not reflected in the agency budgets in 2018, as it was sourced from the Miscellaneous Personnel Benefits Fund. Hence the apparent big jump in this year's budgets.

DepEd also received a considerable increase in funds by around P31.06 billion ($597.24 million), apart from getting the highest budget. The increase went mostly to the operation of schools and salary adjustments for personnel.

The Department of Transportation (DOTr) ranked as the 4th top gainer, with a total of P27.49-billion hike ($528.6 million) in funds. Most of it went to the rail infrastructure program of the department, or around P16.99 billion ($326.7 million).

The following Japan-assisted projects will be funded by the program:

Only 11 government agencies had their budgets for this year slashed.

The DBM earlier explained that the funds to be used to prepare for the 2019 midterm elections had already been "front-loaded" in the 2018 budget. Last year, the Comelec had a total of P16.15-billion ($310.59-million) worth of funds.

But the decline in funds was not unprecedented, former budget chief and now central bank head Benjamin Diokno said. The slash in funds was due to its poor spending performance in the past years, which was at 55.1% in 2017 and 66.2% in 2018.

To make matters worse, the agriculture sector slumped to 0.8% from a growth rate of 4% last year.

DA Secretary Emmanuel Piñol complained about their smaller budget, saying that they needed a bigger one to improve agricultural productivity. But Diokno shrugged it off and pointed out that the DA instead needs to improve its policy strategy and implementation.

The DBM was somehow "generous" by slashing only P863 million ($16.6 million) in the proposed budget. But this was further decreased after congressional deliberations, bringing the total budget cut to P3.37 billion ($64.81 million).

Despite the Philippine government's effort to clean up tourism sites, the Department of Environment and Natural Resources (DENR) ranks as the 3rd top loser among government agencies in terms of budget cuts.

The DBM did not intend to slash its funds. In fact, under the NEP, DENR funds are supposed to be hiked by P1.51 billion ($29.04 million).

In the proposed budget, the DBM allotted P11.76 billion ($226.16 million) for the natural resources conservation and development program of the department. Lawmakers cut this to P9.36 billion ($180 million).

The bulk of the slash was taken from the capital outlays of the program, which originally had P5.05 billion ($97.12 million). The appropriated amount fell to about half of the proposed funds to P2.85 billion ($54.81 million).

Some P80 million ($1.54 million) remains to be appropriated for the operational plan for the Manila Bay coastal management. In the proposed budget, the amount was shared between Metro Manila at P47 million ($903,728), Central Luzon at P18 million ($346,109), and Calabarzon at P15 million ($288,437). When the budget was passed, all of the funds were allocated to Metro Manila.

When the proposed budget was under the scrutiny of Congress, several issues already hounded the expenditure program.

The delay in the approval of the budget began when House members started opposing the cash-based system for 2019. The system was meant to dramatically reduce underspending and force government agencies to have fiscal discipline.

Congressmen were initially receptive to the idea of forcing government agencies to spend their budgets within the year. But the power shift in the House which resulted in the election of Speaker Gloria Macapagal Arroyo caused them to turn 180 degrees.

Despite the promise of reform, House deliberations on the proposed budget dragged on due to another issue brought up by House majority leader Rolando Andaya Jr – the P50-billion ($961.46-million) worth of "misplaced" public works funds.

Another impasse developed when Senator Panfilo Lacson alleged that pork-like funds were inserted in districts of lawmakers allied with Arroyo. This happened after the budget bill was transmitted to the Senate.

Andaya then hurled a slew of corruption accusations against Diokno, claiming he was reserving funds for Duterte administration allies or that his family members were benefitting from his government position. Diokno denied the claims, and refused to back down on cash-based budgeting.

By the end of 2018, no budget bill was signed. The Philippine government operated on a reenacted budget. Taxpayers who waited for improved funding on social services and civil servants who craved for their salary adjustments were only frustrated by this impasse that lasted for more than 3 months.

In March, senators accused congressmen of realigning P95.37-billion ($1.83-billion) worth of DPWH projects post-bicameral conference committee, a move which they called "unconstitutional." Andaya retaliated at the senators, saying that "they did the same" anyway.

The deadlock ended when the Senate transmitted the budget bill to Duterte despite "strong reservations" late March, urging the President to veto the contested projects.

And the President did, making DPWH and the House the biggest losers. Moreover, Duterte ordered the implementation of a cash-based budgeting system – a win for the DBM. (To be concluded) – Rappler.com

All figures used for the 2018 budget are already in their cash-based equivalent.

Aika Rey is a business reporter for Rappler. She covered the Senate of the Philippines before fully diving into numbers and companies. Got tips? Find her on Twitter at @reyaika or shoot her an email at aika.rey@rappler.com. 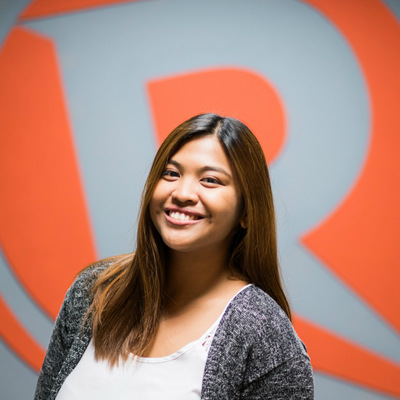