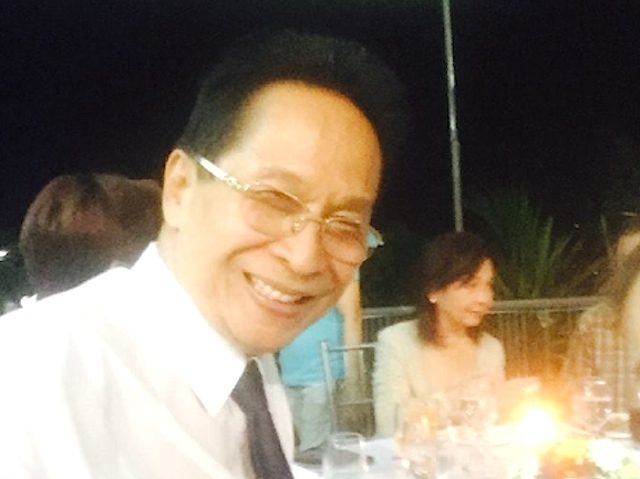 Facebook Twitter Copy URL
Copied
The lawyer of presidential candidate Rodrigo Duterte attends the birthday party of the former president at her La Vista home, along with volunteers of the Duterte campaign

Some allies of former president Gloria Macapagal Arroyo have said she is supporting the presidential bid of Vice President Jejomar Binay, but photos posted by the lawyer of another presidential candidate on a social media site indicated otherwise.

The caption of the photos said, “Taken during the birthday bash of a celebrated friend in her La Vista home with volunteer ladies for Mayor Duterte on April 5.”

The Supreme Court had earlier granted Arroyo’s request to celebrate her 69th birthday in her La Vista home. Arroyo is seeking reelection for her third term as Pampanga representative on May 9. 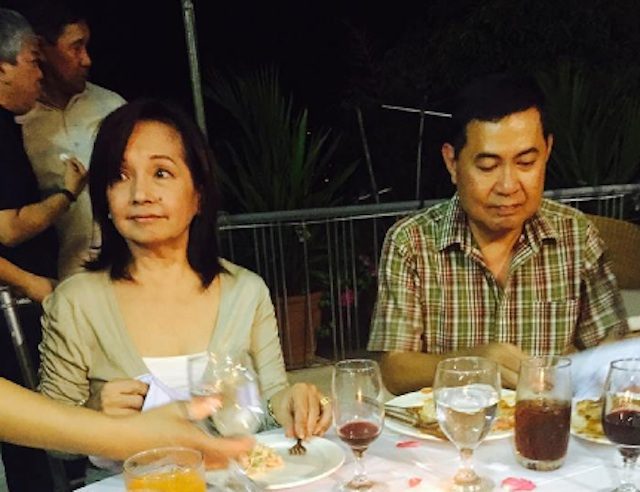 All the photos were set for public sharing since they were posted on April 11 until early Tuesday, May 3. But around noontime Tuesday, the photos that included either Panelo or Arroyo were set to private.

The anti-graft court Sandiganbayan ordered Arroyo’s arrest in October 2012 for her involvement in the alleged misuse of P366-million Philippine Charity Sweepstakes Office (PCSO) intelligence funds from 2008 to 2010.

Since then, she has been in hospital detention at the Veterans Memorial Medical Center (VMMC) in Quezon City. Arroyo herself is suffering from multilevel cervical spondylosis or the wearing of the bones.

In March, former Quezon representative Danilo Suarez told Rappler: “There is no formal proclamation yet, but minus the formal proclamation, the marching order of the former president is to help the Vice President.” (READ: Arroyo to allies: Help Binay win)

Binay had also said that if he wins, he would appoint two former Arroyo Cabinet members – Teves and former trade secretary Peter Favila.

Binay was the first presidential candidate to express support for Arroyo’s bid for house arrest. The second was Duterte.

During a campaign rally in February, Duterte said if elected president, he will order the release of Arroyo as he believed that the “evidence against her is weak.” (READ: What has happened to Arroyo plunder case)

Former Armed Forces chief Hermoneges Esperon Jr, who served as Presidential Management Staff chief during the Arroyo administration, is a known supporter of the mayor.

Duterte, who had served Arroyo’s administration as anti-crime consultant, is the poll front-runner among the presidential aspirants. – Rappler.com