Incoming SolGen Calida: How ‘in’ was he during Arroyo’s time?

Jose Calida, recently named incoming solicitor general, is identified as one of the former officials of Gloria Macapagal Arroyo’s administration who have been picked by President-elect Rodrigo Duterte to serve with him.

Calida, a fellow Davaoeño of the newly elected president, was actually first noticed during the time of President Fidel Ramos (well, Duterte has named a number of FVR people to his Cabinet too).

At the height of efforts to amend the Constitution to allow Ramos to seek reelection – moves that were believed to be backed by people associated with the president then – Calida was among those behind the group, Sign or Support the Initiatives for the Good of the Nation. The group was associated with Brother Eddie Villanueva’s Jesus Is Lord Movement, which would later form the party-list group Citizens’ Battle Against Corruption. 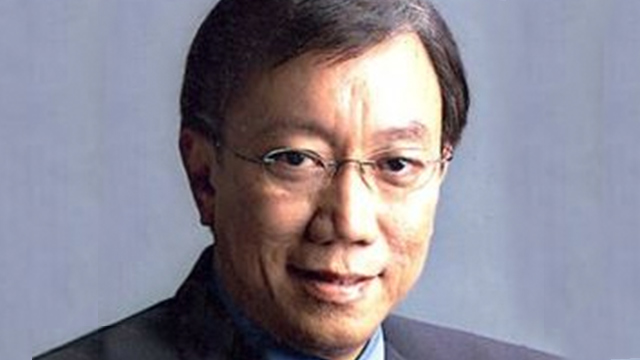 It was, however, during the time of Arroyo, whom Ramos’ party helped propel to the presidency, that Calida enjoyed considerable influence in government, beyond the official title of undersecretary of justice.

In 2001, Newsbreak published “Political Give and Take” to reveal Calida’s connections:

Ever wonder why, among the winning party-list groups which the Commission on Elections has deemed disqualified, the Citizens’ Battle Against Corruption (Cibac) is the only one not raising a howl of protest? Not really because it’s a good loser, but because, sources say, it is confident of being eventually proclaimed despite the Comelec’s negative assessment of its qualifications.

The reason for that confidence is the group’s close links to Justice Secretary Hernando Perez. Let us explain. Cibac is a front for the Jesus Is Lord Movement, a religious group. Religious groups are the only ones specifically banned by law from joining the party-list exercise.

Although Cibac denies being the front for a religious group, its nominees are a dead giveaway – they are elders and influential members of JIL. In fact, topping its list is the son of JIL bishop Eddie Villanueva. JIL, of course, is the group that claimed to have received word from God in 1992 that Fidel Ramos would be the next president.

In 1997, JIL formed a group called Support the Initiatives for the Good of the Nation (Sign), which helped the movement Pirma gather signatures for a plebiscite on whether to allow Ramos to run for reelection. Sign’s leader was a lawyer named Jose Calida, who later helped the prosecution team in the impeachment trial of President Estrada.

Guess where Calida is now. He’s undersecretary of justice, under the reputedly most influential Cabinet member.

Cibac was the group used by Perez to call for the disqualification of another party-list group, Mamamayan Ayaw sa Droga (MAD), the underlying motive for which was not really Richard Gomez’s supposed nonregistration in his voting precinct, but Jewel Canson’s ties with Perez’s and Vic Corpus’s pet peeve, Senator Panfilo Lacson.

That’s the anti-corruption campaign for you.

As solicitor general under the Duterte administration, will Calida be able to make good his promise to “enforce the rule of law, regardless of who the appointing authority is”? – Rappler.com