Why Sotto, Lacson skipped their proclamation 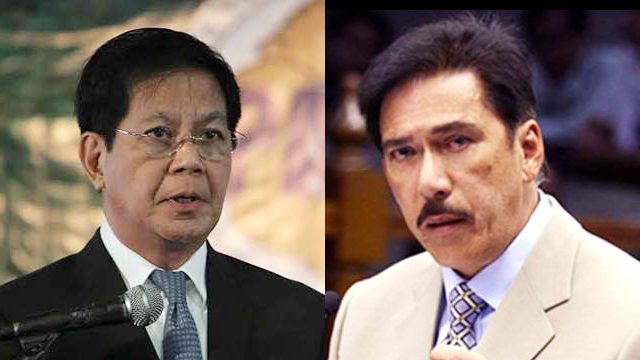 It marked their return to the Senate. But Panfilo “Ping” Lacson and Vicente “Tito” Sotto III skipped their proclamation on Thursday, May 19. (READ: Meet the PH’s 12 new senators)

Sotto and Lacson ranked 3rd and 4th, respectively, in the recent elections.

Asked by Rappler why he was absent from his proclamation, Sotto said he was already on vacation with his family.

The veteran senator added it was something he had promised his wife, actress Helen Gamboa-Sotto, long ago.

“Long overdue vacation that I promised my wife. I did not feel like going back for that,” Sotto said in a text message.

Pre-election surveys showed Sotto as either the top or second choice of voters. In the end, he ranked 3rd after Franklin Drilon and newcomer Joel Villanueva.

Lacson, for his part, was candid enough to say he skipped his proclamation because he was not able to improve or sustain his ranking in the 2007 elections – the last time he ran for the Senate.

“No big deal. It’s just that ‘stupid’ promise I made to myself earlier during the campaign that I would skip the proclamation ceremony if I didn’t equal or top my ranking in the 2007 elections,” Lacson told Rappler.

In 2007, Lacson ranked 3rd in the senatorial race. Pre-election surveys conducted by the Social Weather Stations in May showed Lacson ranging from the 6th to 8th spots. In the end, he ranked 4th, with nearly 17 million votes. – Rappler.com