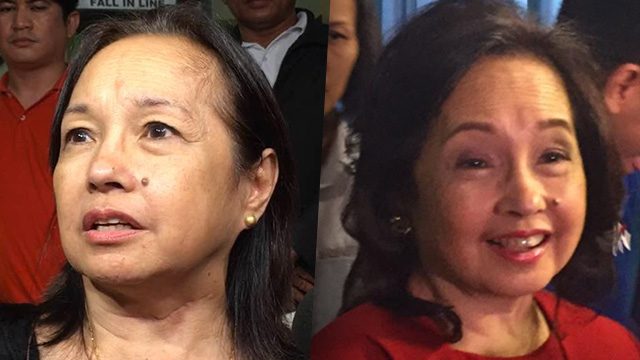 Former president Gloria Macapagal-Arroyo, fully made up in a red suit and coiffed hair, spoke to reporters at the House of Representatives’ conference room on Monday, September 5.

It has been two months since the Supreme Court ordered Arroyo’s release from hospital arrest at the Veterans Memorial Medical Center (VMMC), and it seems she has been doing well – at face value, at least.

Told by a reporter that she was visibly “blooming,” the Pampanga Second District Representative smiled and responded, “Freedom is always very healthy.”

Arroyo even joked and asked if the media wanted beauty tips. On a serious note, though, the former president said she is still uncertain of her health condition. Arroyo is suffering from multiple cervical spondylosis, a disease that affects the bones.

She is flying to Germany on September 20 for medical treatment.

“I sent [my doctors] my medical records. There were additional tests done [that were sent to them last week]. They will [then] send their diagnosis and prescription,” Arroyo said.

The former president used to wear a neck brace until she became free from detention. Her lawyer Ferdinand Topacio earlier explained that Arroyo need not wear the protection 24/7.

“It is only used to support the neck at times when support is necessary. The neck muscles will have atrophy if it is worn every day,” Topacio said.

The Sandiganbayan allowed Arroyo and her husband, former First Gentleman Mike Arroyo, to travel to Germany and France from September 20 to October 3 and to Hong Kong from October 29 to November 4.

Arroyo will go on vacation with her family in Paris and Hong Kong, and also plans to visit Filipino communities. – Rappler.com