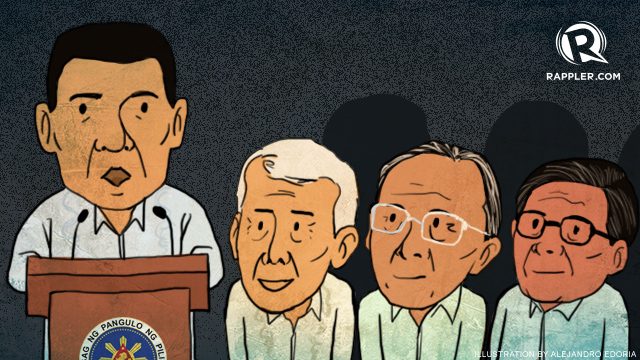 How well do you know Duterte’s Cabinet secretaries or close friends?

Guess who President Rodrigo Duterte was referring to when he made some amusing introductions of these government officials during his 6 foreign trips.

Every time Duterte speaks at a gathering of Filipinos in a foreign country, he brings along several Cabinet members and introduces them to his audience in a teasing way.

This portion of his speech is always interesting because of his candor and the bits of information you get about Cabinet members, among the highest officials of the country and part of the President’s inner circle.

It also clues you in on what Duterte thinks of these men and women and what history he shares with them.

Here is a compilation of some of the more amusing introductions Duterte has made for his Cabinet secretaries or other personalities who were with him in his trips to Laos, Indonesia, Vietnam, Brunei, China, and Japan.

Can you guess who he is introducing?