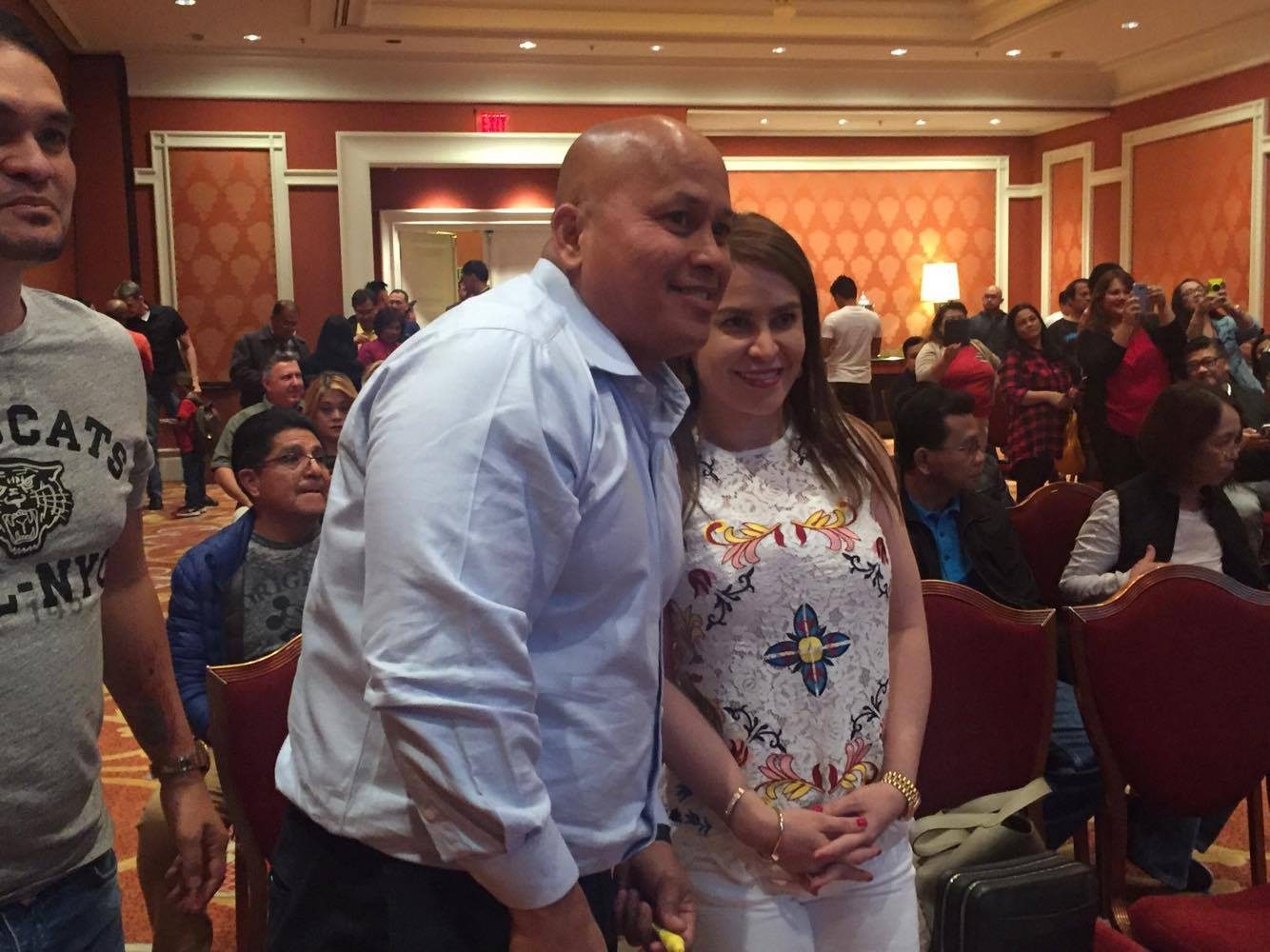 President Rodrigo Duterte may have recently lashed out at the United States and a Philippine National Police (PNP) plan to procure much-needed rifles may have been shelved, but that didn’t stop the country’s top cop, Director General Ronald dela Rosa, from paying a visit to America.

Dela Rosa flew to the US Wednesday night, November 2, hours after facing the media to address concerns over the US State Department’s reported decision to stop a P1.7-billion rifle sale to the PNP. Reuters reported that a US senator who sits in the foreign affairs committee was going to halt the sale, supposedly because of concerns over human rights violations by the PNP in the ongoing “war on drugs.”

When asked earlier if he was flying to the US to watch the Pacquiao fight scheduled on Sunday noon, November 6 (Manila time), Dela Rosa played coy. “Senator Pacquiao invited me. I hope I’ll be able to go,” he quipped. (READ: Pacquiao to be paid on ‘percentage’ while Vargas earns career-high payday)

Dela Rosa attended a prayer service in Las Vegas on Friday morning, November 4 (Manila time), and was introduced to the crowd by no less than Pacquiao himself.

Rock, Dela Rosa’s only son, also joined Pacquiao’s exercise and training in Las Vegas, according to an ABS-CBN television report. Also on Friday morning, Dela Rosa guested live on GMA7’s Unang Hirit in Las Vegas at Pacquiao’s training facility. The PNP chief was flanked by several members of the Pacquiao team, as well as his own son Rock.

It’s not Dela Rosa’s first time to watch a Pacquiao fight. The two are longtime friends. Dela Rosa was also present during the April 9, 2016 Pacquiao vs Bradley match in Las Vegas. (READ: ‘Bato’ Dela Rosa in 2019?)

But this would be Dela Rosa’s first US visit since surging to prominence as the PNP’s top honcho.

It also comes amid US criticism of the Duterte administration’s war on drugs, a campaign that’s led by Dela Rosa himself.

San Francisco state police recently announced they’re ending a long-running training program with the PNP because of concerns over extrajudicial killings in the campaign against illegal drugs.

It’s not clear if Dela Rosa’s visit is purely for pleasure. When asked if he was bringing home another wanted criminal like he did during this Thailand visit, Dela Rosa gave out a hearty laugh. – with reports from Bea Cupin and Ryan Songalia/Rappler.com