Reunion of press secretaries: Did Andanar ask for tips?

Nov 20, 2016 10:00 AM PHT
Camille Elemia
Facebook Twitter Copy URL
Copied
It's been part of tradition for past and present press secretaries to hold fellowship meetings 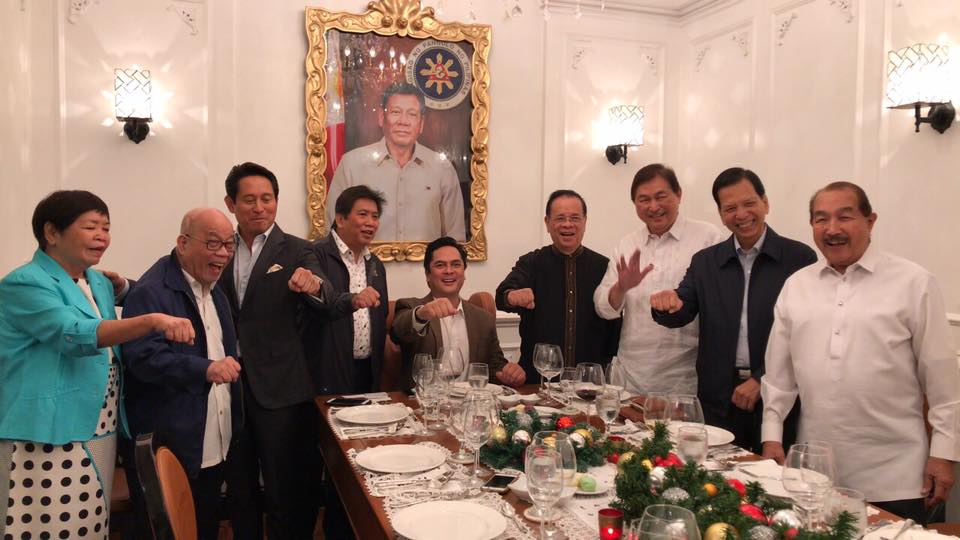 Past and present presidential press secretaries held a reunion on Tuesday, November 15, at a restaurant in Pasay City.

All administrations from the time of the late dictator Ferdinand Marcos were well-represented.

Recently, he drew flak for his newspaper column where he called anti-Marcos burial protesters as “temperamental brats.” He eventually apologized but not without gaining additional critics. (READ: Pimentel to Andanar: ‘Review your history’ on Martial Law)

Did Andanar take the opportunity to ask for tips?

“No, I did not seek advice. It was purely reunion and strengthening our small group,” Andanar told Rappler.

Coloma, Andanar’s predecessor, shared the same sentiment, saying there was no politics involved.

“No politics, just a lot of friendly banter and humor among friends,” Coloma said.

The former secretary said it is a “tradition” for past and present press secretaries to hold fellowship meetings, emphasizing that all administrations since Marcos were well represented during the reunion.

Aside from this, he said the group also commemorated their departed colleagues such as Rodolfo Reyes, who served as press secretary of former presidents Fidel V. Ramos and Joseph Estrada, Jesus Sison of the Ramos administration, Teodoro Benigno of the first Aquino administration, and Noel Cabrera of the Arroyo government. – Rappler.com