Understanding Duterte 101? ‘Take him seriously but not literally’ 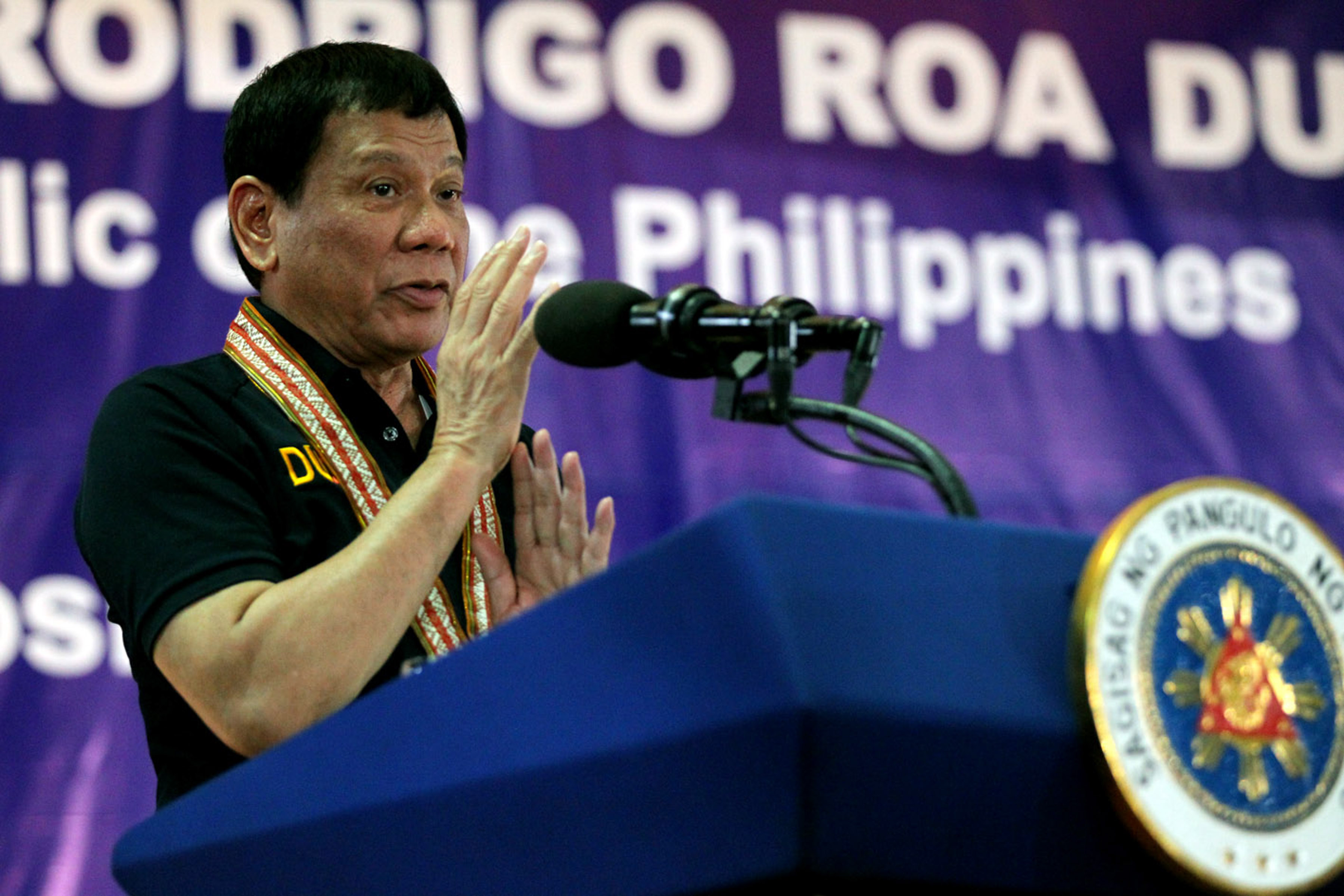 There seems to be no argument that more than any other Philippine chief, President Rodrigo Duterte has created the most media buzz as much as media headaches – a migraine on many days – because of his controversial statements.

His spokesmen and allies have dismissed many of these statements, especially those related to his anti-crime campaign, as just “hyperboles” typical of the President. Presidential Spokesperson Ernesto Abella had even told the media to use their “creative imagination” when writing about Duterte. (READ: ‘Creative imagination’ under Duterte, or interpreting what he says)

Communications Secretary Martin Andanar has offered the media and the public another way to navigate his boss’ statements: Take his words seriously, but not literally.

Andanar made the suggestion in an interview with fellow Filipino Rico Hizon on BBC Newsday on December 15 in Singapore, where he joined a presidential trip. He was asked about Duterte’s admission that the Philippine leader had killed crime suspects when he was Davao City mayor.

“He is not a killer,” the Cabinet official replied.

This was just days after Duterte told businessmen in Manila that he used to roam the streets of Davao City on his motor bike. His exact words: “In Davao I used to do it personally. Just to show to the [police] that if I can do it, why can’t you? I go around in Davao [on] a big bike and I would just patrol the streets and looking for trouble. I was really looking for an encounter to kill.”

It was seen as a direct admission of killing crime suspects before he became president, which Defense Secretary Vitaliano Aguirre II believed to be “not illegal” as the acts were, to him, done under “justifiable circumstances. Others, including Vice President Leni Robredo, feared that such statements encouraged impunity and inspired authorities to kill crime suspects rather than give them due process.

What about Andanar? Well, the Palace communications chief had a different take on it.  “We don’t take all the President’s statements literally, but we take his statements seriously,” Andanar told Hizon.

A day after the BBC interview, Duterte indicated that he was being serious – and quite literal – when he said he killed crime suspects in Davao City.

“I did kill,” he said at a news briefing in Davao City early Saturday morning, December 17, about halfway through his lengthy response on whether he believed he would win his war on drugs.

The President cited two incidents involving kidnappers in Davao City when he was mayor. He joined the police team and fired at the suspects in a shootout, which ended in casualties on the other side. (READ: Duterte admits to personally killing during Davao hostage incidents)

“What’s wrong in being…pictured to be a killer? So, at least I killed to protect people. I am not here a dictator killing my political opponents to stay in power,” Duterte said. – Rappler.com