The Liberal Party and realpolitik in the House 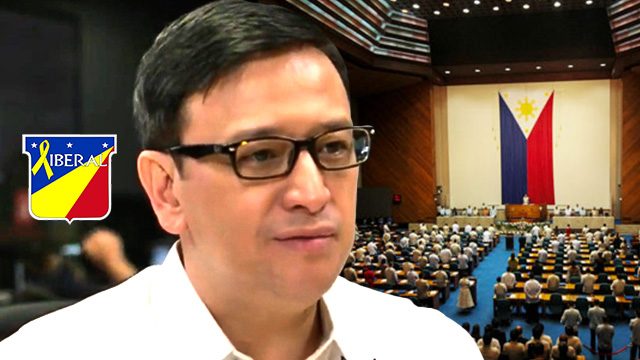 Facebook Twitter Copy URL
Copied
Deputy Speaker Miro Quimbo explains what it's like being member of the Liberal Party under a Duterte-controlled House of Representatives. After elections, from close to a hundred, members were reduced to 32.

But many of its members jumped ship to President Rodrigo Duterte’s Partido Demokratiko Pilipino-Lakas ng Bayan (PDP-Laban) after he won the 2016 polls.

Months later, LP member and House Deputy Speaker Miro Quimbo joked about their loss of members when asked how the party continues to survive in a Duterte-controlled House of Representatives.

“The lonely party ha? It’s difficult. I think it’s in a flux. I think one thing that I’m certain about is close to a hundred members after the elections, we’ve been decimated to just 32. People we were not [expecting] would leave the party, left. But it’s a natural progression. No love lost, meaning that’s how it is,” the Marikina 2nd District Representative said in a Rappler Talk interview on Wednesday, January 11.

Twenty-seven of the remaining LP congressmen stayed in the majority bloc, while the other 5 decided to stick to the independent minority bloc.

Quimbo explained that realpolitik – wherein circumstances and various factors are given more consideration than moral and ethical objectives – was behind the LP’s decision to sign a coalition agreement with the ruling PDP-Laban.

“I wouldn’t want to call it political survival but it’s really realpolitik. At the time, when you try to determine it, had we moved, the few of us who had stayed in the minority, regardless of whether we were going to lose the minority, in my count, we were like 11. Counting the 5 who remained there, it’s just going to be 11,” said Quimbo.

“And the realpolitik decision there was, ‘Okay, there’s going to be 11 of us. Why not? We’ll be the hardened opposition. We’ll do it on a daily basis.’ But ultimately, the party would have been completely decimated,” he added.

Quimbo also pointed out that congressmen in the minority do not get committee memberships and also cannot vote in committee meetings.

“And you know, Speaker Belmonte made a leadership call and said that it’s going to be unfair to everyone. Let’s have a critical cooperation with the majority bloc,” said Quimbo.

He has since been named one of the 13 deputy speakers, giving the LP a place in the House leadership.

“It can be difficult. But that’s why it is a democracy and the reason for which we accepted it is because we are free to disagree with a number of measures,” said Quimbo, adding that some chairpersons of the most powerful House committees still disagree with reimposing the death penalty, a priority bill of the President.

“So I think that’s going to be a challenge but…There’s more than enough space for you to ventilate your opposition,” he said.

Still, Quimbo said being an LP member and deputy speaker puts him in a tight spot.

“I also think that if you’re part of the House leadership, you also have to be conscious that you fight your battles…It’s like a family. You come together as neighbors and you decide that this is the direction. Then certainly, you’ll debate against, but when the organization decides that this is going to be the direction, then you go with that,” he said.

“Unless of course if [it’s] so diametrically opposed to your beliefs, then you get out of the kitchen and be part of the opposition. But it has not reached that position,” added Quimbo. At least for now. – Rappler.com