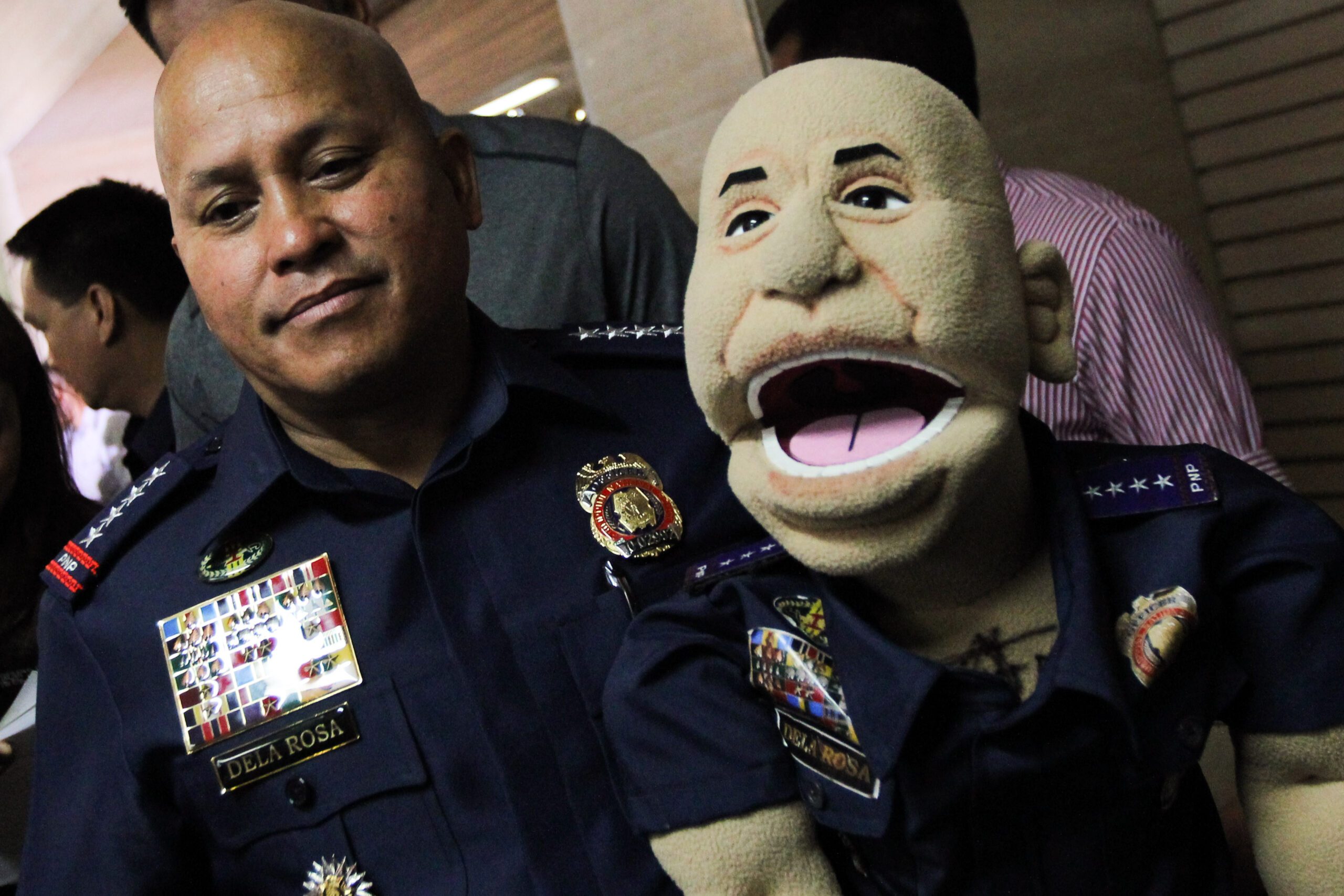 Facebook Twitter Copy URL
Copied
Inquirer columnist Ramon Tulfo is an apparent supporter of President Duterte but a harsh critic of the PNP chief, the subject of his most recent columns

He once shed tears before a Senate committee because of his problems with cops who moonlighted as criminals, but when it comes to criticism from a newspaper columnist, national police chief Ronald dela Rosa wouldn’t shed tears.

Tulfo, who is also a radio commentator, said in his column:

If President Digong wants to instill fear among policemen and criminals—there seems to be no more distinction between the two—he should replace PNP chief Director General Ronald “Bato” dela Rosa.

Dela Rosa is all bluster but lacking in action.

He has not inspired respect among the PNP officers corps and the rank and file because they look at him as a clown; always making the public laugh instead of being serious in his work.

Dela Rosa has led the Philippine National Police since July 1, or the day after President Rodrigo Duterte took office.

The national police has been the lead agency in implementing Duterte’s popular but controversial war on drugs.

While police have boasted of more than a million alleged drug personalities busted, groups have criticized cops for supposedly turning to extrajudicial means in the name of the bloody war.

It has also resulted in allegations of police abuse through other means. “President Digong’s war on drugs has brought about an ugly by-product: policemen who extort money from innocent civilians by accusing them of involvement in the drug trade; and cops who use the campaign to settle personal scores,” wrote Tulfo in his column.

Days before this, the Inquirer reported that police used the war on drugs as a cover-up in the kidnapping of a South Korean businessman in Angeles City. The businessman has yet to be found, but one of the suspects in the case has since surrendered to the National Bureau of Investigation.

Tulfo is an apparent supporter of President Duterte but a harsh critic of Dela Rosa. His most recent columns have been about the 4-star police official.

In a January 13 column, Tulfo again insisted that Dela Rosa did not have the respect of his subordinates, citing the case of the cop suspected of being behind the kidnapping of the Korean national.

Dela Rosa, like the President, is famous – or infamous – for making strong pronouncements in public. The police general is by no means shy when it comes to public performances. He’s been seen wearing a Santa Claus costume while giving out gifts to kids who lost at least one parent to the war on drugs, or belting out a song during a concert against illegal drugs. – Rappler.com