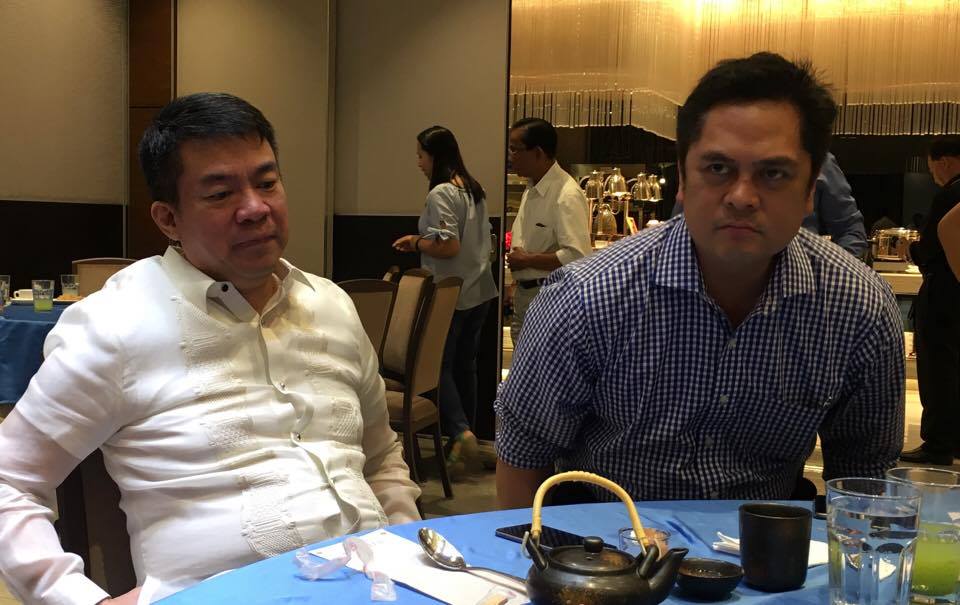 It was supposed to be a dinner hosted by Senate President Aquilino Pimentel III for members of the Senate media at a restaurant in the Mall of Asia.

Unknown to the journalists, however, Pimentel also invited Communications Secretary Martin Andanar, in the Senate President’s attempt to “patch things up” between the two camps.

Andanar had wrongfully accused Senate reporters of corruption, without any hint of apology. They gave him the cold shoulder Wednesday night, March 1.

Andanar was practically ignored by most members of the media; only a few tried to be cordial and civil to him. Others just stayed for an interview with Pimentel and immediately left after it was done.

Most of the time Andanar was just talking to Pimentel, the senator’s staff, and his own people.

“I’m glad Secretary Andanar is here upon my invitation para magshare man lang tayo ng (to share) at least one meal with the Secretary and the Senate media in the hope that I can patch things up,” Pimentel said in an interview.

“This is my effort to establish good relations with the Secretary and the Senate media,” he added.

The 15-20 reporters who were present then went on to ask the Senate leader about key issues in the chamber, such as the death penalty bill, Senate reorganization, and the detention of Senator Leila de Lima.

Andanar earlier alleged that members of the Senate media were given $1,000 to cover the press conference called by Senator Antonio Trillanes IV, one of the fiercest critics of President Rodrigo Duterte.

During that briefing former SPO3 Arturo Lascañas retracted his earlier statements and accused the President of ordering killings when he was mayor of Davao City.

In response, the Senate media issued a statement criticizing the secretary for his baseless allegations and demanding his apology. (READ: Senate media to Andanar: Prove claim or apologize for fake news)

Andanar got piqued when a Malacañang reporter pressed him to explain where he got the information on the alleged bribery of Senate media and what verification process it went through before he made it public. (READ: Martin, stop being an embarrassment to the Bisaya! or Martin, ayaw intawon paka-ulawi ang mga Bisaya!)

It was not the first time Andanar, a former TV news reader, had angered members of the media.

Last January, he claimed journalists “misreported” the President’s remarks about martial law and called their actions “the height of journalistic irresponsibility.”

The Malacañang Press Corps fired back at Andanar, pointing out that their stories were supported by transcripts and videos of Duterte’s remarks.

They also urged Andanar and his staff “to read the entire news stories, not just the heads or titles, to get a better picture of the media’s coverage of the President.” – Rappler.com