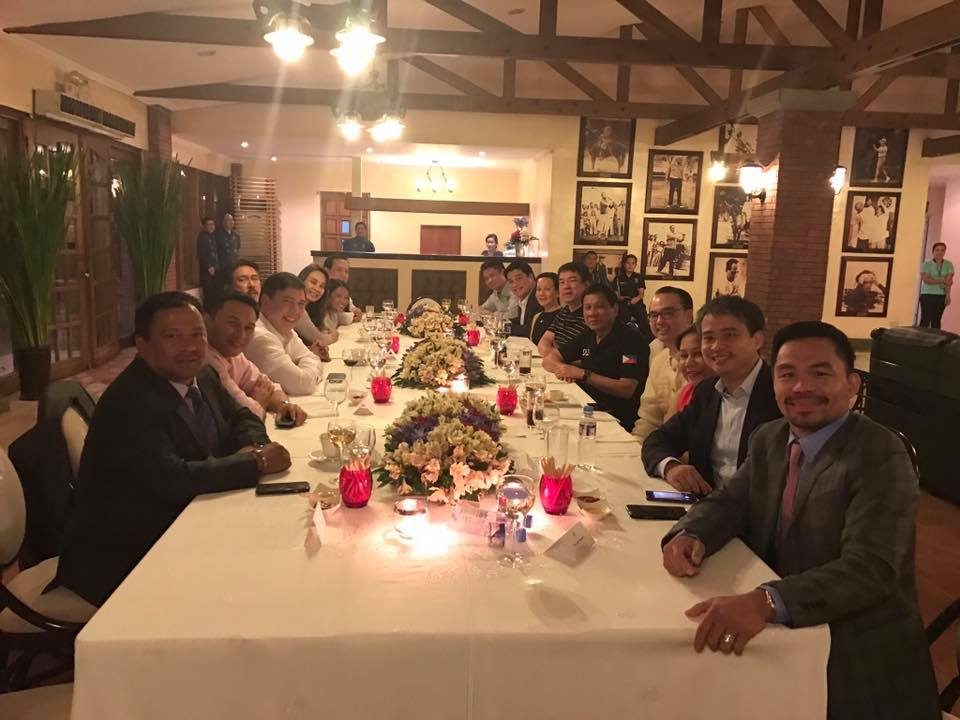 Two weeks after a major Senate reorganization, President Rodrigo Duterte hosted a dinner in Malacañang for members of the majority bloc on Tuesday, March 14.

Senator Joseph Victor Ejercito posted a photo on his official Facebook account, with the caption “Intimate dinner between President Duterte and my colleagues in the Senate.”

Ejercito said they discussed the “proposed tax reform measure,” one of the priority bills of the administration.

They also discussed other “vital legislation” that the Senate needs to pass after the break, Gatchalian told Rappler in a text message.

The dinner comes a month after the arrest of Senator Leila de Lima, Duterte’s fiercest critic, and weeks after Liberal Party senators were ousted from key Senate posts, prompting them to join the minority.

Senators and Malacañang both denied the Palace had a hand in the reorganization, even as Duterte has repeatedly slammed the LP for leading “destabilization” plots against his government.

Duterte, in response, said he does not care about the committee report, as he would continue to defend the PNP. – Rappler.com