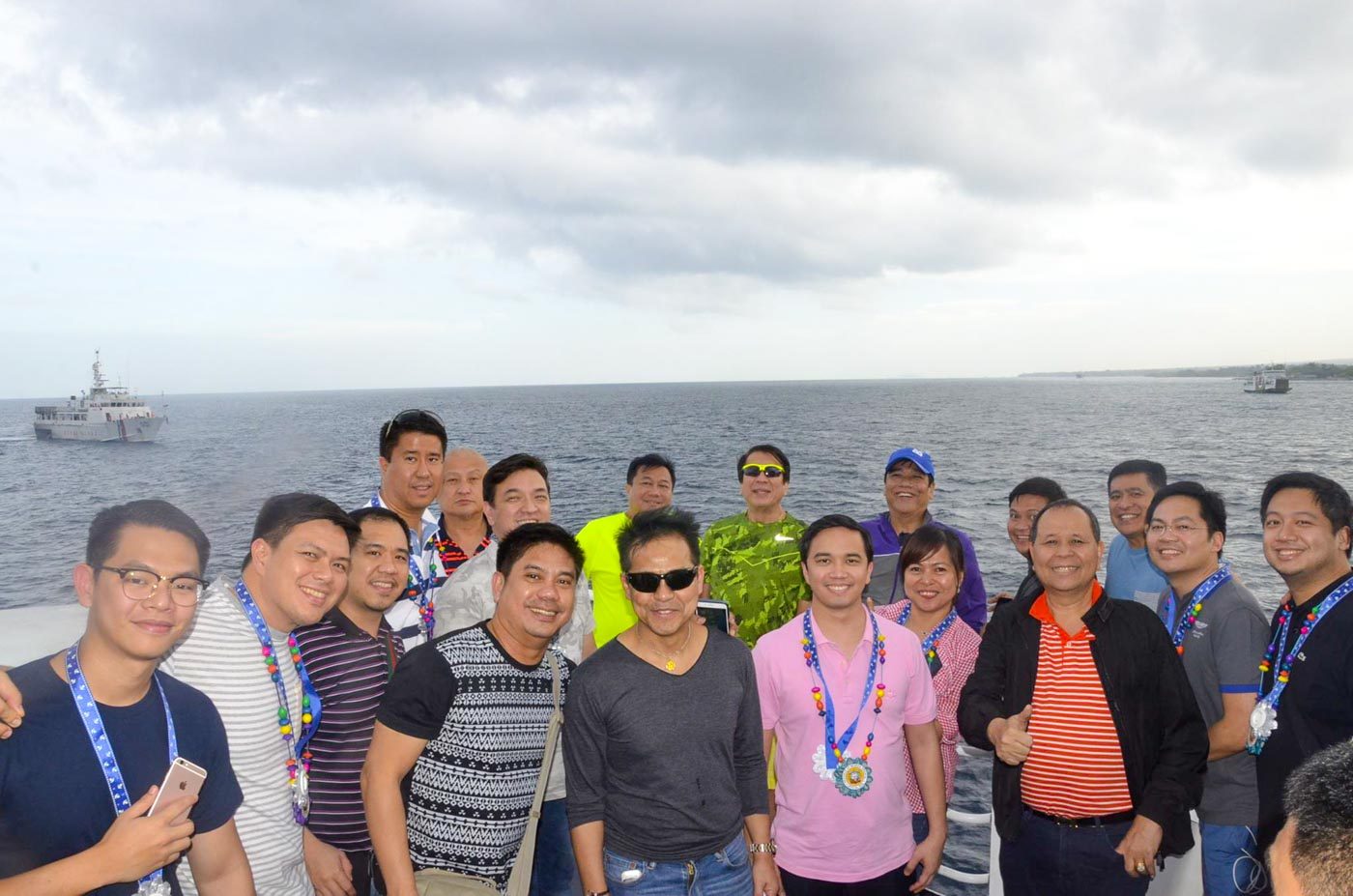 Facebook Twitter Copy URL
Copied
Duterte allies in the House go on a 'nautical highway expedition' as soon as Congress goes on break. They don't bring along a colleague who would have provided some valuable insight.

As soon as Congress went on recess on March 17, ranking members of the House of the Representatives packed their bags and went on an 11-day caravan around tourist destinations in the country to inspect transportation facilities and infrastructure ahead of Holy Week.

Speaker Pantaleon Alvarez and Majority Leader Rodolfo Fariñas led their colleagues in the Western and Eastern Nautical Highway Expedition from March 17 to 27.

The caravan also gave lawmakers an opportunity to try tourist facilities in the country.

Fariñas posted a video of him trying the zipline at the Dahilayan Gardens and Resort in Bukidnon. The Majority Leader even used the theme song of Superman as his background music.

The things I do to promote domestic tourism!

Transportation committee chairperson Sarmiento called a panel hearing on Wednesday, March 29, to discuss the initial findings of the trip which, he said, should become the basis for “the needed development programs as regards our ports, our sea vessels and our land transport system.”

Sarmiento said the transportation committee plans to tackle other issues the lawmakers identified during the trip, including improvement on certain road networks along the nautical highway, port congestion, free stopover facilities, and specialized areas for persons with disability, women, and children in ports.

The group was composed of Duterte allies in the House, but did not include a fellow supporter of the Chief Executive who would have given some valuable insight – Pampanga Representative Gloria Macapagal-Arroyo, who is credited with developing the nautical highway when she was president.

One of Arroyo’s legacies as Philippine chief is the country’s nautical highway system. She first presented the plan to the Cabinet in 2002 to reduce transportation costs from Mindanao, the country’s food basket, to Luzon. She opened the “Strong Republic Nautical Highway” in 2003 which spanned Dapitan in Zamboanga del Norte to Dumaguete in Negros Oriental,  and Roxas in Oriental Mindoro to Caticlan in Aklan.

In 2008, Arroyo launched the Central Nautical Highway from Sorsogon to Misamis Oriental. The lady chief also led caravans to promote the nautical highway.

Arroyo was House deputy speaker until she voted against the death penalty bill, a priority measure of the Duterte administration. She’s also being rumored as a potential replacement for Alvarez, though the one behind the alleged ouster plot categorically denied it.  – Rappler.com