Abella to get Cabinet rank, office separate from PCOO 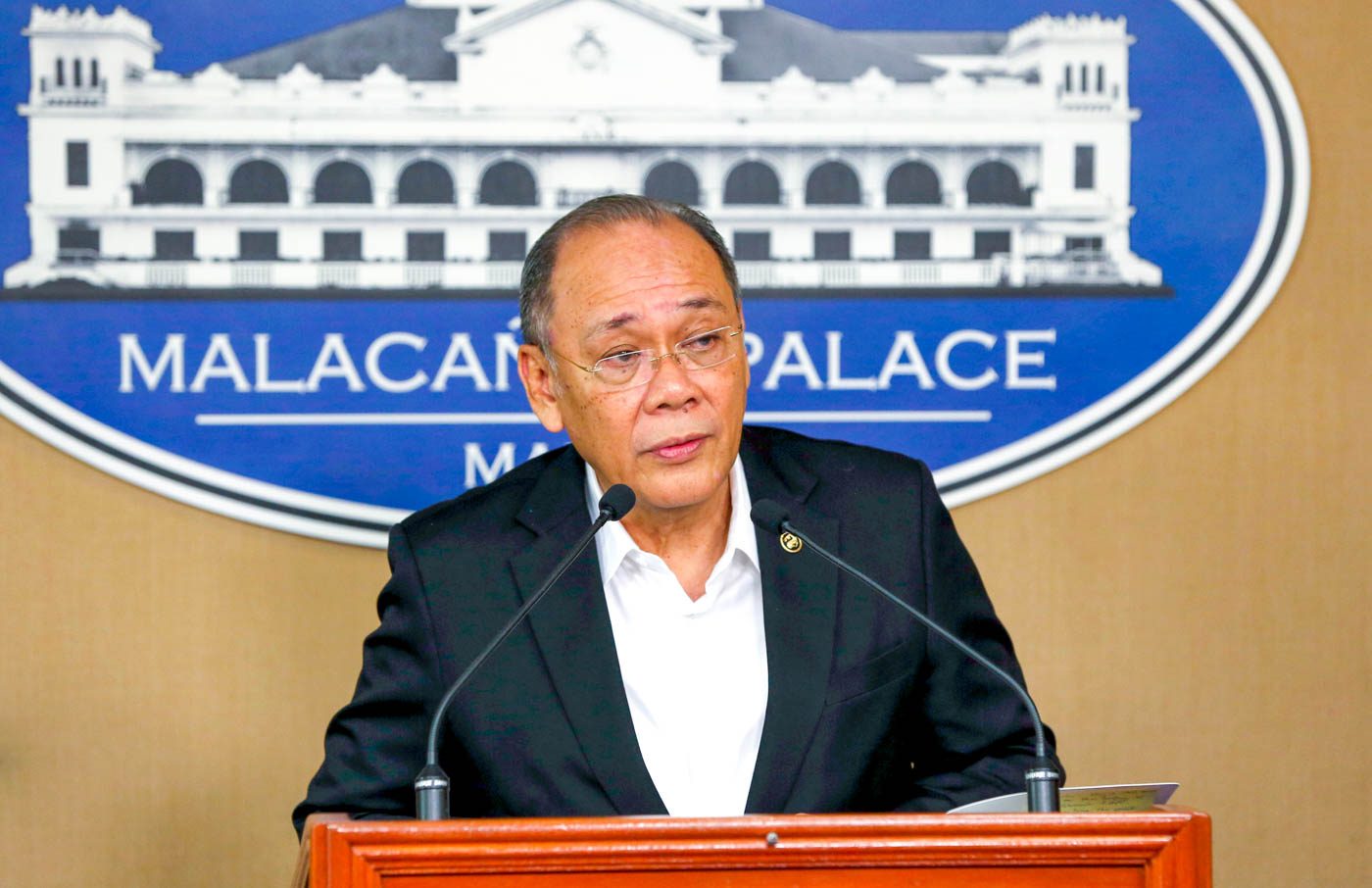 Facebook Twitter Copy URL
Copied
Presidential Spokesman Ernesto Abella will have the title of 'secretary' and will no longer report to PCOO Secretary Martin Andanar. He will also have a deputy spokesperson.

More shake-ups in the Presidential Communications Operations Office (PCOO) are in the works.

Abella, currently with the rank of undersecretary, is just waiting for an order from the Office of the President that could be signed in the next few weeks.

His office will be separated from the PCOO, the department headed by Presidential Communications Secretary Martin Andanar. Abella will thus no longer report to Andanar.

One source privy to the information said this reorganization is meant to streamline the messaging of President Rodrigo Duterte and to allow Andanar to concentrate on the operations of the many agencies attached to the PCOO.

Abella will also soon have a deputy spokesperson. According to another Palace source, a candidate has been chosen.

The PCOO’s Content and Messaging division, in charge of sending Malacañang press releases, will be transferred to Abella’s office.

Except for the transfer of the messaging division to Abella’s office, the rest of the other changes were already in place under the administration of Benigno Aquino III.

Under the second Aquiino administration, the spokesperson, then secretary Edwin Lacierda, had Cabinet rank from the start. The Office of the Presidential Spokesperson (OPS) was also separate from the PCOO and the defunct Presidential Communications Development and Strategic Planning Office, both headed by Cabinet-rank officials.

Lacierda also had a deputy spokesperson, Abi Valte, who took turns with him in giving news briefings.

The changes in the Palace communications group are only the latest in a series of subtler revamps in the team under the Duterte administration.

In March, Andanar was stripped of the power to speak for the President. This task was given solely to Abella after Andanar’s highly-publicized gaffes.

These include contradicting interpretations of the financial assistance Duterte promised to residents of Surigao during his visit right after the deadly earthquake. (READ: 5 communication gaffes in Duterte’s first 100 days)

Another controversial blunder was when Andanar claimed Senate reporters were offered $1,000 to cover the press briefing of Senator Antontio Trillanes IV and retired Senior Police Officer 3 Arturo Lascañas about Duterte’s involvement in Davao City killings when he was mayor. – Rappler.com