For Gascon, Aquino admin failed to ‘connect with grassroots’

Oct 2, 2017 1:54 PM PHT
Jodesz Gavilan
Facebook Twitter Copy URL
Copied
Commission on Human Rights Chairperson Chito Gascon says the Aquino administration was competent and had achievements yet there was a 'sense that the government was distant from the people' 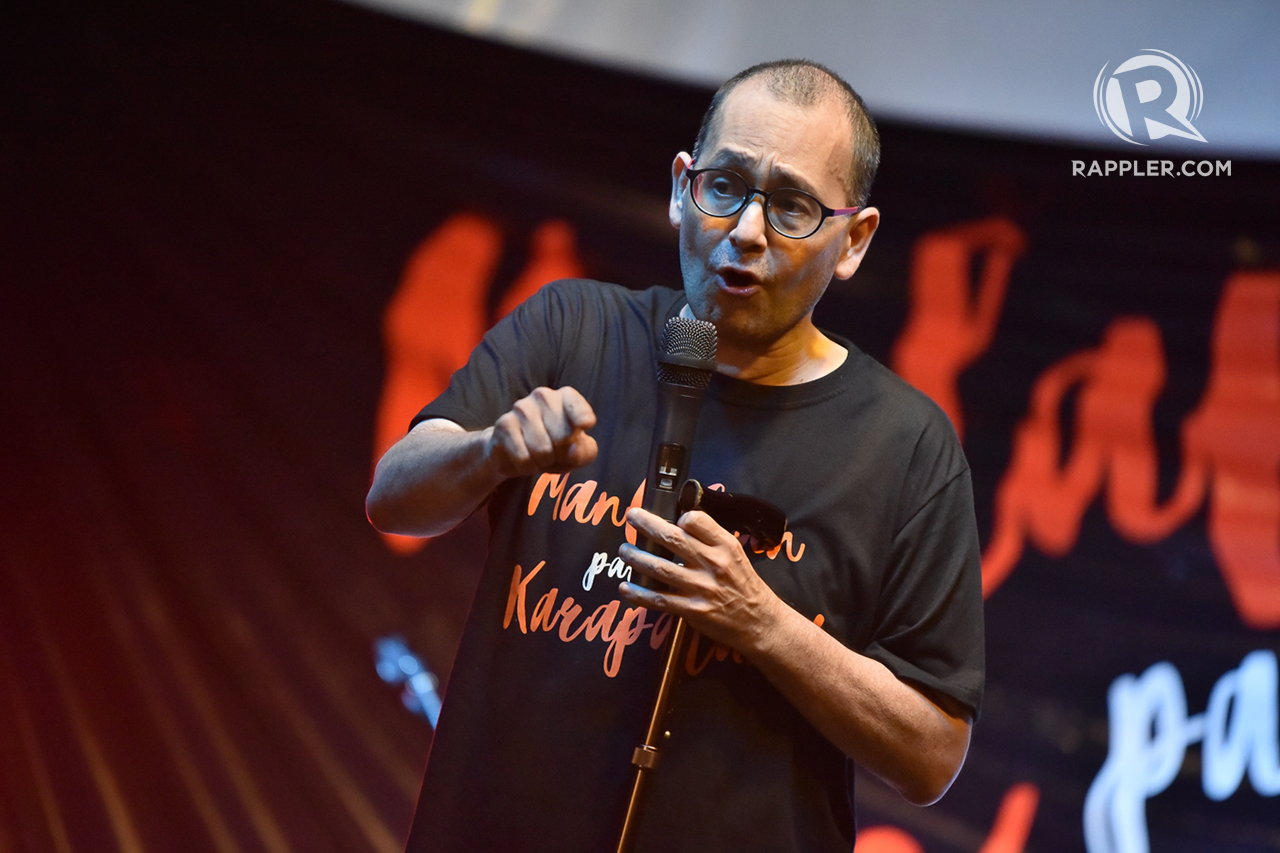 For someone who has been constantly tagged by trolls as “dilawan” for his alleged affiliation with the Liberal Party, Commission on Human Rights (CHR) Chairperson Chito Gascon is not afraid to call out the lapses of the administration under former president Benigno Aquino III.

In an “Ask Me Anything” thread under Reddit on Saturday, September 31, Gascon said that “no government is perfect” and characterized the “major lapses” of the Aquino administration as failing to connect with people on the ground.

He was asked by Reddit user tressamath17 about the “major mistakes of LP and Aquino admin that led to a Duterte regime.”

“If I were to characterize it, it was a basic failure to connect with the grassroots, in the sense that it was doing good things on a macrolevel but was unable to both communicate and connect that to the situation of ordinary people on the ground,” he explained in the online forum.

Asked for a clarification, Gascon told Rappler on Monday, October 2, that while Aquino administration was competent and had achievements through “policy reform effectiveness,” there were still “shortfalls and gaps” in the way they communicated with the people.

“Still, there was a sense that the government was distant from the people – could there have been a gap in communicating directly to the people about the goal and purposes of the reforms?” he explained. “I don’t want to be critical but it could have been done better.”

The head of the country’s national human rights institution has been constantly targeted by President Rodrigo Duterte, together with his allies and supporters, for allegedly being political in the way he works and his past affiliation with LP. (READ: ‘Demonizing’ human rights in the first year of Duterte)

House Speaker Pantaleon Alvarez, during the CHR budget deliberations in August, even said that Gascon’s allegedly not being impartial can be a basis for his impeachment, allegedly due to “betrayal of public trust.”

Gascon, however, has continuously said he stands by his record of non-partisanship and independence ever since he held government positions – first as Undersecretary for Political Affairs from 2011 to 2014, then the Human Rights Victims Claims Board and eventually the CHR in 2015. (READ: Possible impeachment complaint? CHR’s Gascon says he’s ready)

In fact, the former LP director-general pointed out during the AMA session one thing that as been echoed by many individuals: that the Aquino administration had “basic inability” of taking responsibility of incidents that affected the nation.

“I think there was a basic inability to acknowledge fault with regards to key events that affected public psyche,” he added. “Yolanda and Mamasapano among others come to mind.”

The Aquino administration has been criticized for the way it handled the aftermath of supertyphoon Yolanda which claimed the lives of more 6,000 people in Eastern Visayas, particularly the slow rehabilitation process. (READ: How the Duterte administration is fast-tracking Yolanda recovery)

Meanwhile, the botched Mamasapano operations in 2015 led to the death of 44 elite copes. The Office of the Ombudsman in July ordered the filing of graft charges against Aquino. (TIMELINE: The Mamasapano clash) – Rappler.com