Dela Rosa ‘pretends’ to be senator during press conference 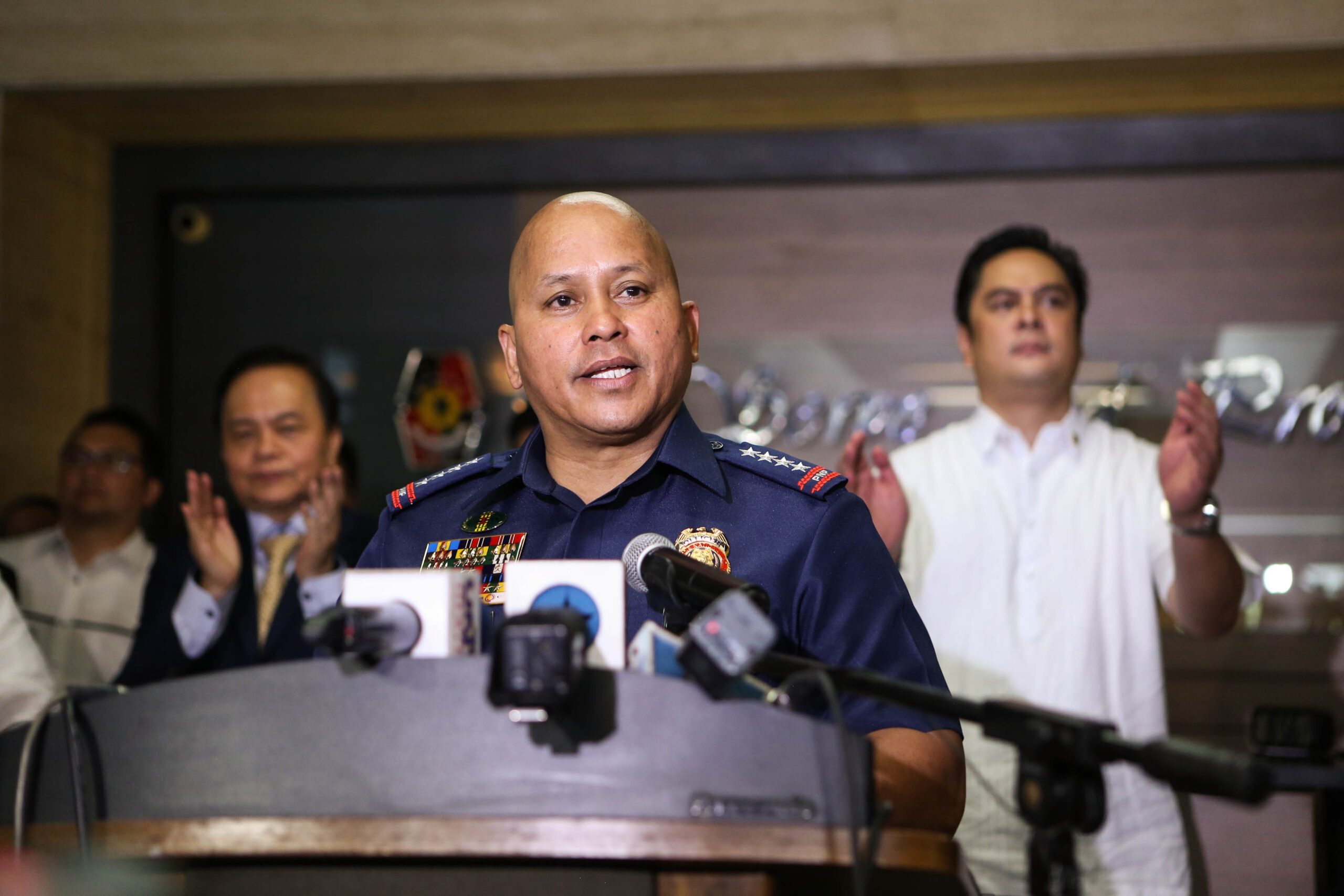 Is Ronald dela Rosa practicing to become a senator?

It seemed so on Monday, November 6, when, during his regular press conference in Camp Crame, he presented Maute and Islamic State (ISIS)-linked Indonesian Muhammad Ilham Syahputra.

Reporters asked the top cop if Syahputra could be directly questioned. The top cop said only if it passes through him, as a “presiding officer.”

“Parang Senado ito (This will be done like in the Senate). Sa Senado (At the Senate), you cannot directly interpellate the resource person, you must go through the presiding officer of the Senate Committee,” Dela Rosa said, triggering laughter from reporters.

In response, reporters jokingly called him “Mister Chair”, eliciting a laugh from the PNP chief.

In the end, Dela Rosa acted more as a legal counsel than a Senate committee chairman, responding with Syahputra’s side of the story while consulting him.

This is not the first time that the PNP chief has imagined himself as a senator. Earlier in 2017, Dela Rosa was put on the record in wanting a seat in the upper chamber.

He later retracted his statement, saying that people should not take his aspiration seriously. He, however, has not completely closed the door, saying that if President Rodrigo Duterte asks him to serve longer and beyond the PNP, he will do so.

Dela Rosa is set to retire from the police service in January 2018 as he hits the mandatory retirement age of 56.

Watch the exchange of Dela Rosa and reporters below: