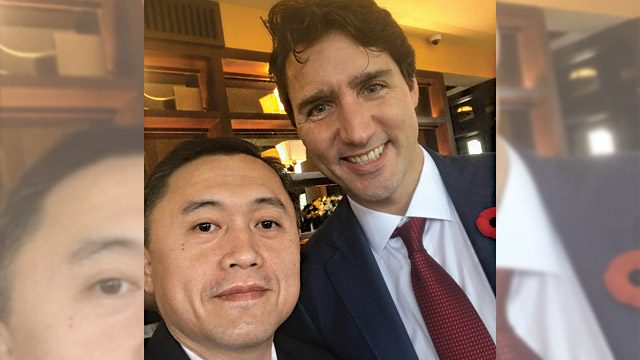 Special Assistant to the President Bong Go and Presidential Spokesperson Harry Roque were the undisputed “selfie kings” of the Philippine delegation to the Asia-Pacific Economic Cooperation (APEC) Summit.

As President Rodrigo Duterte’s official companions, they got to hobnob with the world’s most powerful leaders, a golden opportunity to post epic selfies.

Go’s propensity for selfie-taking is one of the reasons why the Philippine public’s first photos of historic moments for Duterte always include his face.

The first photo of Duterte and US President Donald Trump’s much-awaited first encounter is a selfie of the presidential aide’s.

Go was the media’s fastest source of images of the moment since he was among the few Philippine officials allowed in the APEC Economic Leaders’ retreats, aside from the heads of government themselves. Go, as Duterte’s right-hand man, even had access to the APEC Economic Leaders’ Meeting and working lunch, a gathering reserved for country leaders.

He took a selfie of the first time Duterte and Trump were in the same room. When reporters asked for a photo of Duterte’s meeting with Russian President Vladimir Putin, Go sent a selfie of that moment. 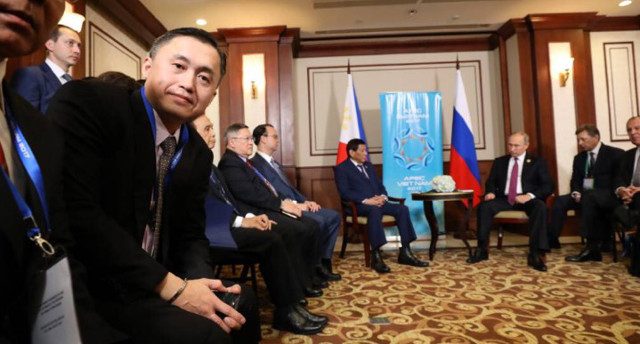 Both Go and Roque had selfies with an APEC leader especially in demand among girls – Canadian Prime Minister Justin Trudeau.

In his selfie with International Monetary Fund (IMF) chief Christine Lagarde, Roque mistakenly identified her as “Agnes Legarda” in a tweet and Facebook post. The error has since been corrected.

Go, asked by Rappler, said the selfies with foreign leaders are “for remembrance.”

But it’s not surprising that, when asked who his favorite leader to have a selfie with is, he replied, “PRRD (President Rodrigo Roa Duterte).”

Here are more selfies of Go and Roque: