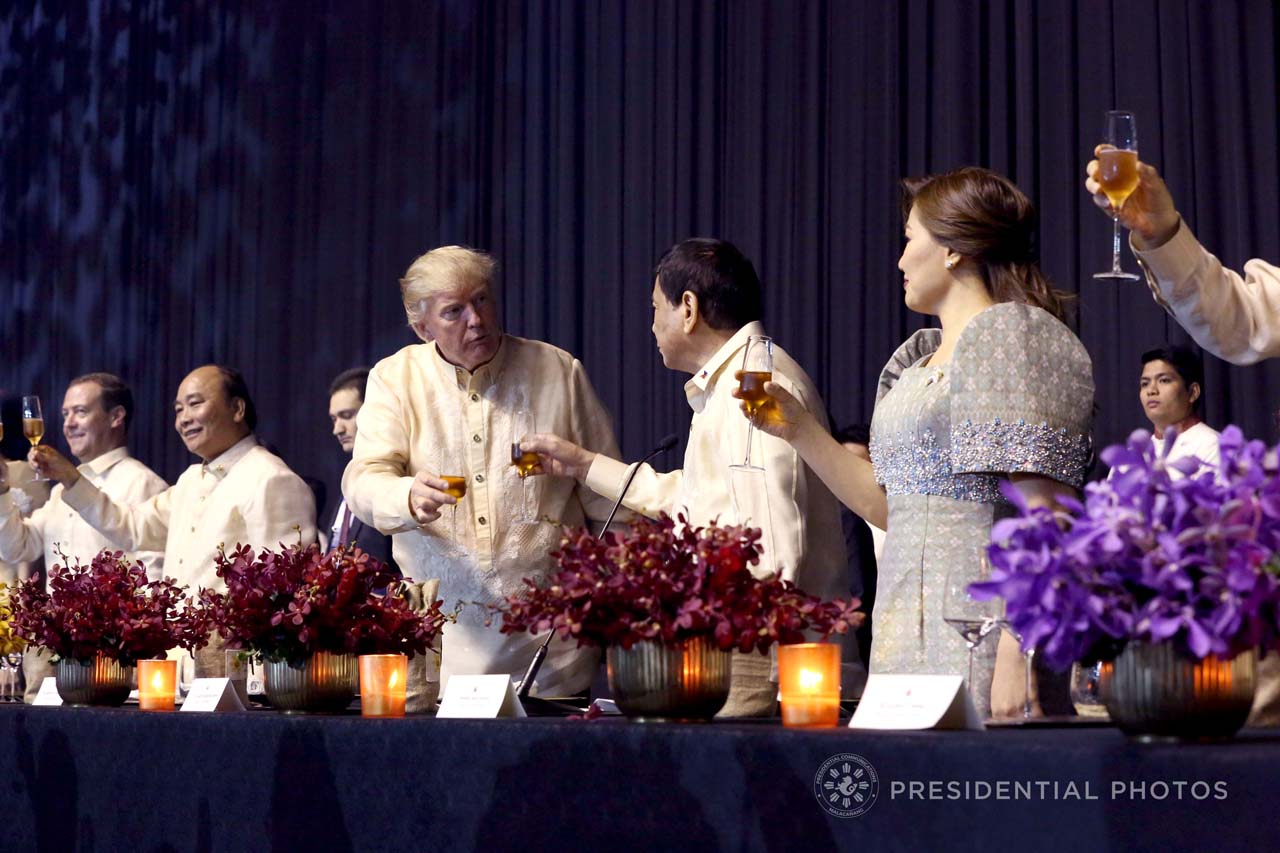 In the middle of talking about food security in a country short on agricultural land and besieged by storms, President Rodrigo Duterte poked fun at the eating habits of United States President Donald Trump and Russian Prime Minister Dmitry Medvedev.

He shared his observations about his fellow country leaders during his speech on Thursday, December 21, during the commissioning of two ships in Davao City.

Duterte had observed Trump’s and Medvedev’s habits during the Association of Southeast Asian Nations (ASEAN) Gala Dinner, during which the 2 leaders were his tablemates. (READ: How Duterte fared as host of his biggest gala dinner yet)

Trump, who Duterte described as a “daldalero” (talkative) dining companion, appeared not to like the salad served to him during the grand opening event.

The American president, Duterte had observed, used his fork to gather the salad into little mounds, much like a child playing with food he does not want to eat.

(Trump, we were seatmates, [garbled] the fork. He kept talking, he’s talkative. Then the food that was like a salad, when he received it, he spread it then gathered them into small mounds.)

Perhaps one reason for Trump’s apparent hesitation to eat the salad was an instruction from his security?

The Philippine President compared Trump to Russian Prime Minister Medvedev whose security could not stop him from eating the food.

But Duterte made sure to also share his own eating habits during his speech.

He claimed that anyone who wants to treat him to a meal should take him to a streetside barbeque joint.

“Sa totoo lang, if you really want me satisfied with a meal, if you want to break bread with me tapos ano ako, I feel comfortable, dalhin mo ako diyan sa mga – maski barbeque-barbeque,” he said.

(Truth be told, if you really want me satisfied with a meal, if you want to brreak bread with me and I feel comfortable, bring me to those barbecue places.) – Rappler.com