Will Dela Rosa get another term extension? 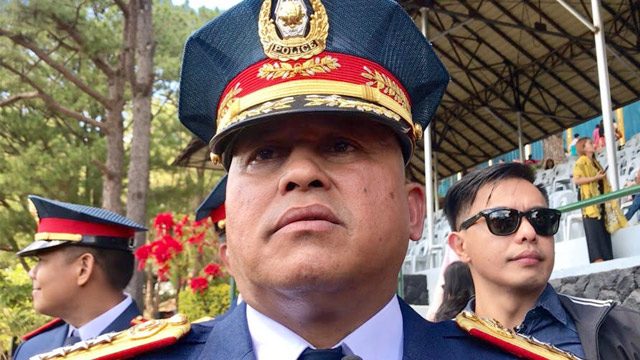 With just two months before he steps down as Philippine National Police chief, the question everybody wants to ask Director General Ronald dela Rosa is what he would do if President Rodrigo Duterte again extends his term.

Dela Rosa is already serving an extended term. He was supposed to retire on January 21, when he reached the mandatory retirement age of 56, but Duterte announced the month before his mandatory retirement that the PNP chief would have to stay in the top post for  two to 3 more months, or until March or April this year.

On whether he would consider another term extension if the President asked him, Dela Rosa gave his standard response: How can he say no to the man he owes such a huge debt of gratitude?

(In my case, I will just follow whatever he wants. I will just follow, I owe him such a huge debt of gratitude. I’m just there if he still needs me. I cannot say that I don’t want to anymore. I’ll still work if more work is given to me.)

So far, Duterte has not hinted at another term extension for Dela Rosa. The President already said on several occasions that he wants Dela Rosa to head the Bureau of Corrections after his retirement from the PNP, to end once and for all the drug trade in the New Bilibid Prison.

But then again, about a week after his term was extended in December last year, Dela Rosa revealed that the President had given him a “secret mission” that he should accomplish before he retired. Dela Rosa said then that he might be extended as PNP chief by 6 to 9 months so he could complete the confidential mission.

If that were to happen, Dela Rosa’s extension can stretch to a year, or until January 21, 2019, which is allowed. As with military officers, the tour of duty of the PNP chief can be extended by a full year.

What could this “secret mission” be? For all we know, it can be a mission to regain public trust after the PNP suffered an image problem due to the drug war. Public trust and confidence is everything to a potential candidate in the 2019 Senate race.  – Rappler.com