Bello has a pending criminal case at Ombudsman 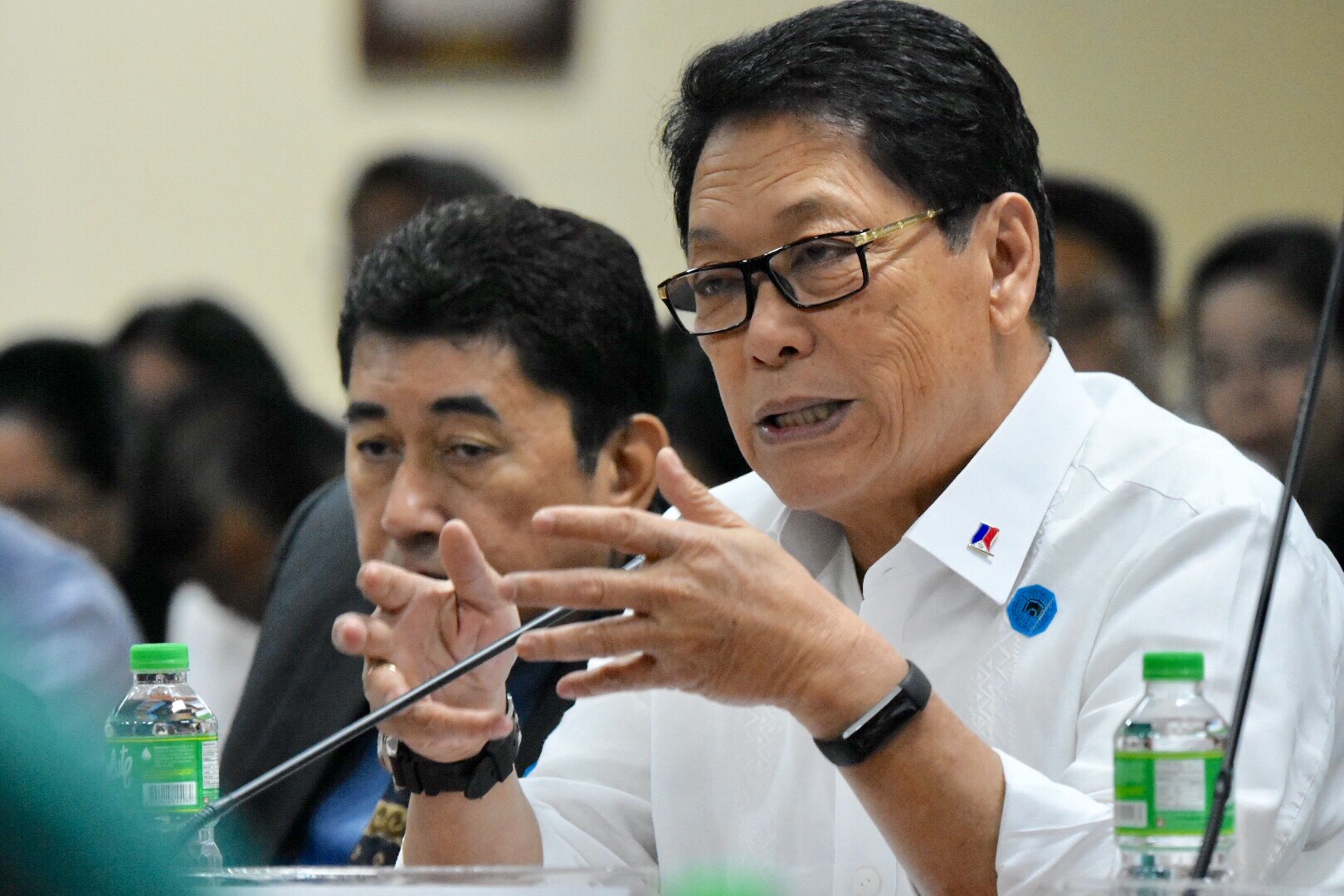 Labor Secretary Silvestre Bello III has pending administrative and criminal cases before the Office of the Ombudsman, Rappler has learned.

He will have to answer for these cases to the Judicial and Bar Council (JBC) when they screen him and other applicants for the post of Ombudsman.

The records do not reveal any more than that, as pending cases at the Ombudsman are not available for public scrutiny.

Rappler tried to reach Bello but our messages and calls went unanswered.

Section 5, Rule 4 of the JBC’s rules and regulations states that a person who has “pending criminal or regular administrative cases” is “disqualified from being nominated for appointment to any judicial post or as Ombudsman or Deputy Ombudsman.”

The JBC’s announcement of an opening for the position of Ombudsman required applicants to submit an Ombudsman clearance, also indicating that those whose “other documents which are incomplete, out of date, or without a transmittal letter, shall not be given due course.”

A lawyer we talked to who is familiar with the JBC’s internal workings said Bello may not be automatically disqualified.

The JBC, according to the source, may take into consideration the time period of the cases and the possibility that these cases may have been dismissed at the time of deliberations.

These factors, and the final decision on Bello’s application will be tackled when the JBC’s executive committee meets. In that meeting they will weigh these considerations, after which they will vote who to shortlist for Ombudsman.

The source added that while Bello may not have gotten an Ombudsman clearance, an alternative would be a certification from the Office of the Ombudsman listing those cases. This would still make for a complete application.

The JBC is set to hold the public panel interview with the candidates for Ombudsman on June 20.

Bello has served 4 administrations, starting as an undersecretary for the Department of Justice during the term of former president Corazon Aquino from 1986 to 1991.

In July 1991, he was named Secretary of Justice, serving roughly a year until June 1992.

During the term of then-president Fidel Ramos, Bello was Solicitor General from 1996 to 1998. He served as justice secretary again, for 5 months in 1998 before Ramos’ term ended.

He returned to public service when then-president Gloria Macapagal-Arroyo assumed office in 2001, as the chairman of the Philippine negotiating panel for talks with the Left. He held the post until August 2004.

He then served as presidential adviser for the now-abolished office of new government centers in 2007, until he was appointed Arroyo’s cabinet secretary from 2008 to 2010.

During the 16th Congress, he was the representative of 1-BAP Partylist, a new partylist that won a seat at the House of Representatives in 2013.

In an earlier press briefing, Bello said he has always wanted to help President Rodrigo Duterte’s advocacy in fighting corruption.

“Eh ako naman, gusto ko lang makatulong. (I just want to help.) One way of doing that is to join government in another capacity – probably as Ombudsman if that is the will of the JBC and the President. Kung hindi naman okay lang sa akin. (If not, then it is fine with me),” he said.

What will Bello tell the JBC about his pending cases at the Ombudsman? – Rappler.com