Jun 16, 2018 8:00 AM PHT
Bobby Lagsa
Facebook Twitter Copy URL
Copied
'The reason I don’t say that I won’t be running for Senate is for my political detractors to feel annoyed,' says Davao City Mayor Sara Duterte-Carpio 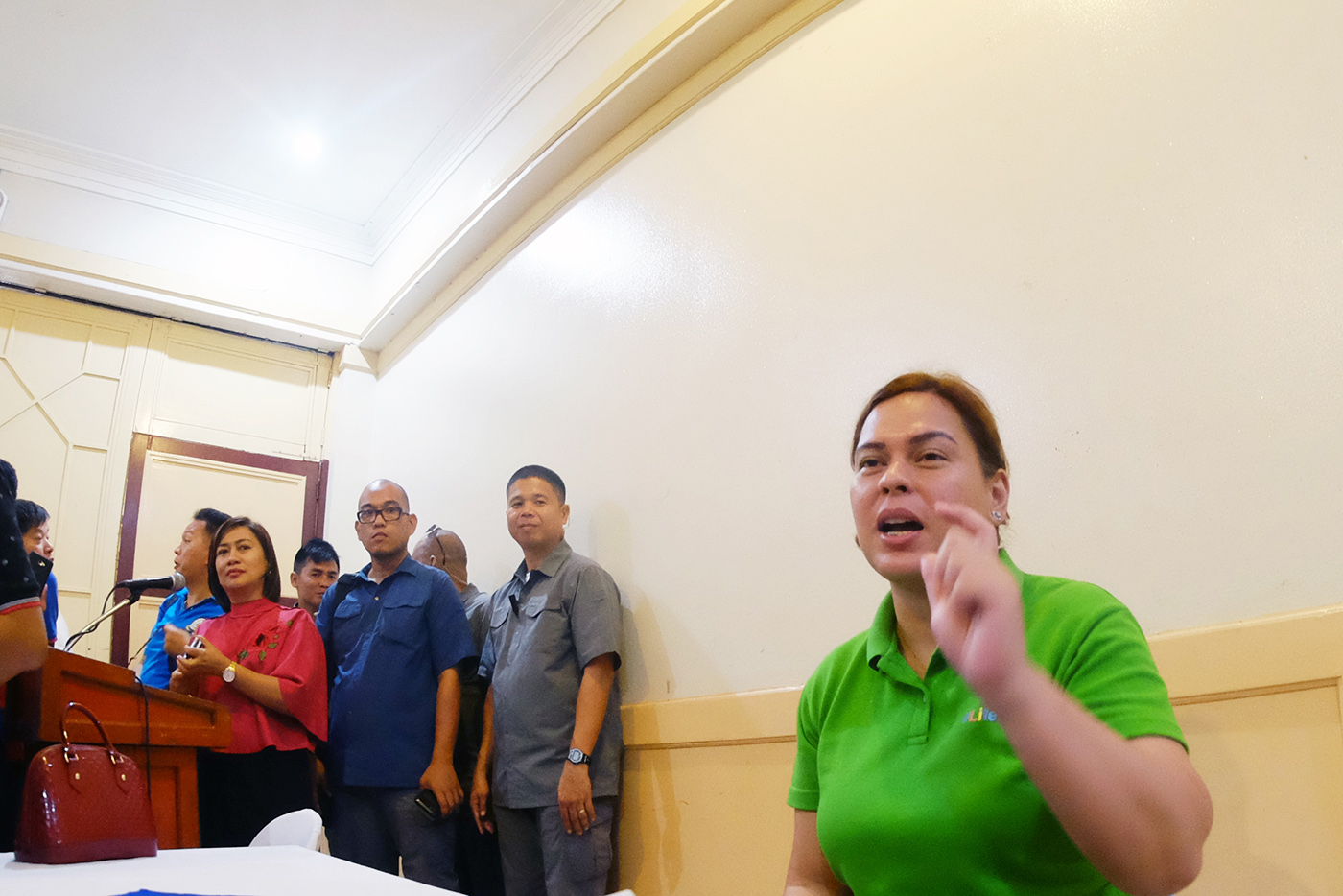 Davao City Mayor Sara Duterte-Carpio said on Friday, June 15, that she would likely bare her final plans for the 2019 elections only when she files her certificate of candidacy.

This way, she said, she can prolong the agony of her “political detractors” who have been eagerly awaiting her plans for the next elections, particularly on whether she would seek a congressional or Senate seat.

The presidential daughter made the statement during the oathtaking ceremony of over a thousand newly elected barangay and Sangguniang Kabataan officials from this city’s 80 barangays.

“I don’t really have plans to run for the Senate. The reason I don’t say that I won’t be running for  the Senate is for my political detractors to feel annoyed,” Duterte-Carpio said.

“They will be happy, and I do not want to give them that happiness. Maybe later when it is time for the filing of candidacy,” she added.

Duterte-Carpio’s possible Senate bid was sparked by her high ranking in a Pulse Asia Research, Incorporated survey in March. The survey results showed the mayor in the winners’ circle or among the 12 potential winners of the Senate race if elections were held during the survey period.

In January, she said she would not consider a senatorial bid for as long as her father’s poitical opponents “don’t annoy” her.

The mayor told the new village officials that she had two “war fronts” – one against Senator Antonio Trillanes  IV and the other against Speaker Pantaleon Alvarez.

In the case of the senator, the mayor said since Trillanes said he would not longer engage in a verbal tussle with her, she would do the same. “I will stop, because he said he has no time. But if he talks, I will talk,” she said.

Duterte-Carpio said she liked to “tease” Alvarez about her plans for 2019, and that she wanted to keep him guessing. The mayor had slammed Alvarez, her father’s friend and ally, in February – and went as far as calling him an “asshole” on her social media accounts – for allegedly calling her a member of the “opposition.” (READ: Sara Duterte: President Duterte better off without Alvarez)

“I don’t want to give him that happiness that he will know that I am not running for Congress, so he will be happy that I won’t be Speaker of the House of Representatives,” she said.

The mayor said she would rather run for barangay captain “because I want clean our canals.”

Duterte-Carpio also clarified that she was in Cagayan de Oro not because of plans to run for a national position, but to personally thank the supporters of her father, President Rodrigo Duterte. – Rappler.com