Jul 26, 2018 1:28 PM PHT
Rappler.com
Facebook Twitter Copy URL
Copied
Fredisminda Menorca is the mother of Lowell Menorca II who allegedly was abducted and detained as ordered by the leadership of the influential church 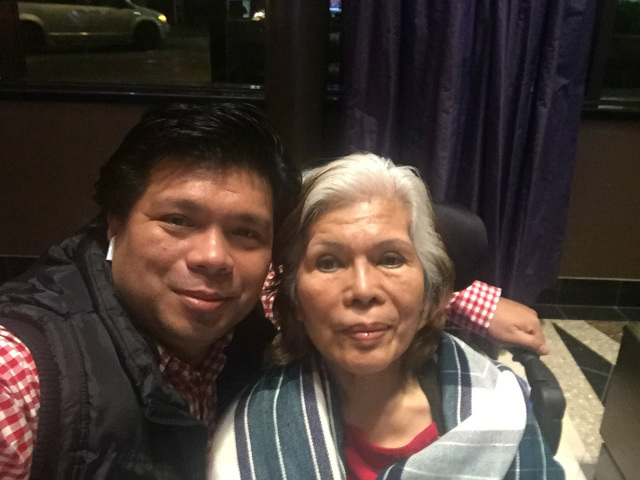 In a notice of decision dated June 8, the IRB said Fredisminda Menorca, Lowell’s 74-year-old mother, “faces a risk to her life, or a risk of  cruel and unusual treatment or punishment if she returns to the Philippines.”

“The evidence establishes that [INC] continues to have the motivation and the capacity to harm her as a way of controlling or punishing her son,” it said.

The elder Menorca came to Canada in November 2015 and had since suffered a stroke. The hearings on her claim for refugee status happened on May 28, 2018.

The board’s decision on her claim came almost 9 months after her son’s appeal for refugee status was granted by the board.

Menorca, a former INC evangelical worker, claimed that his family was illegally detained by the INC for 3 months starting July 2015. He added that he was abducted and charged with illegal possession of firearms to force him to expose INC members critical of the church.

In March 2016, he fled the country citing an alleged death threat against his family.

Menorca is just one of the many expelled church ministers who surfaced and alleged kidnappings and corruption within the church. They, however, reported threats and harassment in a bid to silence them. (READ: Revolt in the Iglesia ni Cristo)

In a statement, Lowell Menorca said while their battles are not yet over, knowing that his mother has been granted refugee status makes them “breathe a little easier” amid continuous vilification received from “fanatical members of the INC.”

“Sadly, what they do not understand is that the more they curse other people especially in public, the more they reveal their true judgmental and vindictive nature to the whole world, making them look more like a cult rather than a religion,” he said.

Aside from the Menorca mother and son, another expelled INC member is in Canada on refugee status. (READ: The long road to safety for ex-INC refugee claimants)

Rovic Canono was granted the status in February 2017. He fled the Philippines after he was slapped with several cases allegedly led by the influential church’s leadership. – Jodesz Gavilan/Rappler.com