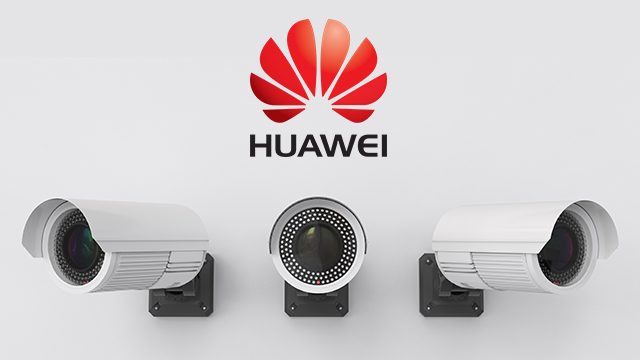 Facebook Twitter Copy URL
Copied
'Huawei wants to know what you like to eat, where you want to go, to secure your safety,' says an official of the Chinese tech giant

China’s surveillance and credit score system could be coming to the Philippines in the next 3 years, according to a Huawei official.

Speaking in front of business leaders in a recently held forum in Manila, a high-ranking Huawei official said the tech giant wants to install modern cameras all around the country to ensure the safety of Filipinos.

“Huawei wants to know what you like to eat, where you want to go, to secure your safety,” the official said. (READ: China uses ‘gait recognition’ technology to identify people)

Participants of the forum laughed, probably to brush off the uneasiness in the room.

“When you walk into this particular hotel in the Philippines, you get screened and guards like touching me. I don’t know why,” the official continued.

The Huawei official went on to discuss the capabilities of their cameras, which, he said, have artificial intelligence and are equipped with machine learning.

He added, China was able to rescue a 3-year-old from kidnappers in less than 3 hours because of the many cameras installed in Beijing.

He also said that transacting with the government and institutions would be a breeze using intelligent cameras.

“When you walk in a bank, the cameras will scan you. Once you get to the teller and tell them what you want, the bank will know which documents you lack because the cameras already identified you,” he explained.

“When you go to another government office to get that document, that agency will already know what you need and provide you documents. Transactions will be faster,” he added.

Impressive? Well, the Huawei executive failed to disclose that the same technology is being used by the communist state to rank its citizens. (READ: Chinese-style ‘digital authoritarianism’ grows globally – study)

In China, habits can determine one’s “social score.” Where you eat, hang out, and buy stuff determine your score, and failed transactions are taken into account.

A good social score can get you preferential loans and even freebies from companies. Bad scores will ban you from certain transactions.

Is the Philippines ready to be under big brother’s close surveillance? Huawei, after all, has contracts with telco giants Smart and Globe.

“No f—- way! I like my hotel dogs sniffing me,” a Filipino businessman said after the Huawei official’s speech. – Rappler.com