You had a good cockroach laugh, but did you fume over Duterte quip on lady mayor’s panty? 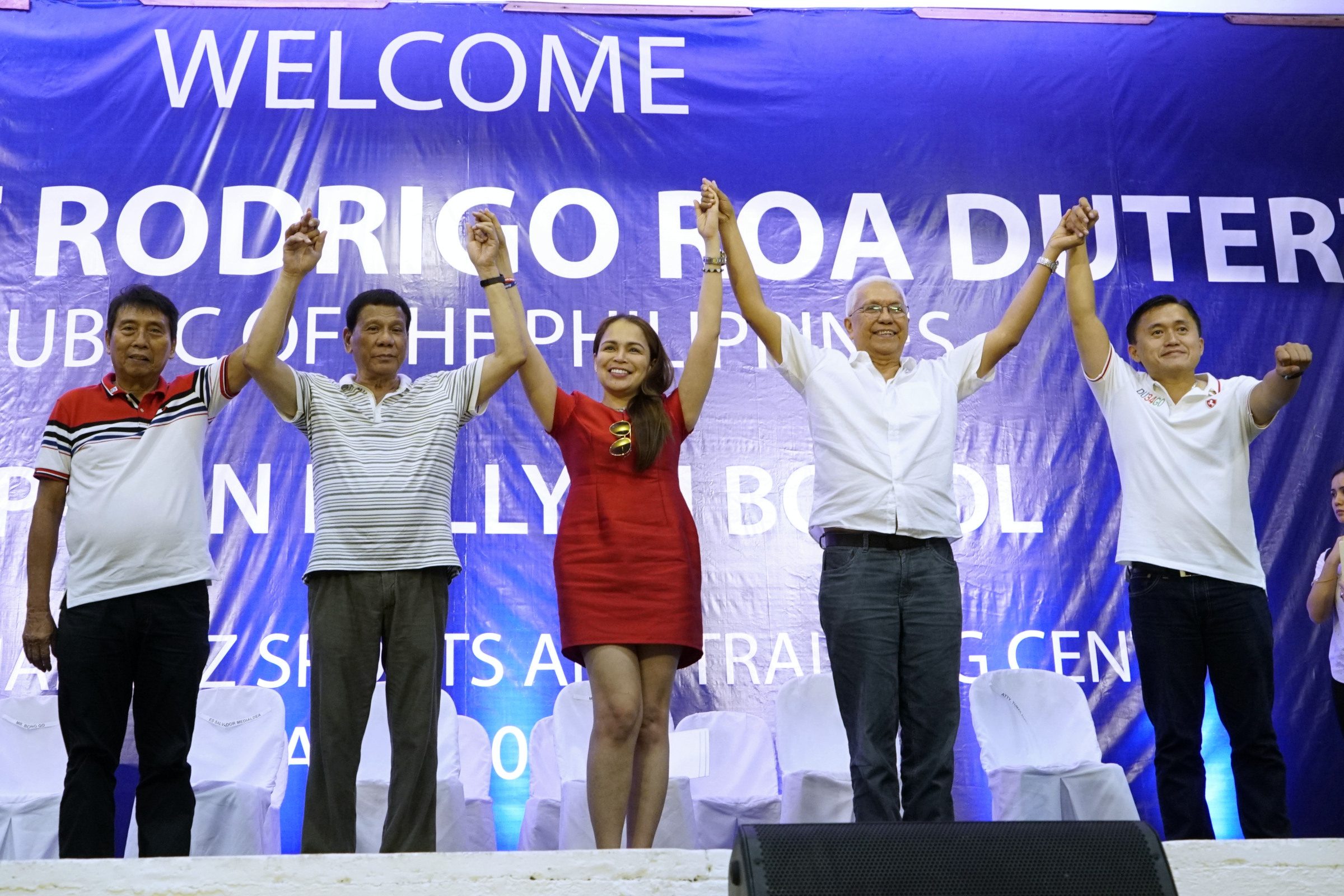 That speech in Bohol was not just about a cockroach landing on President Rodrigo Duterte’s shoulder.

Duterte was in Garcia Hernandez town in Bohol on Wednesday, May 8, to endorse the gubernatorial bid of Jun Evasco, his ex-Cabinet secretary, but it was the town’s mayor he could not stop talking about.

“Gwapa gyud ka tinuod (You’re really beautiful),” Duterte said over an hour into his speech, where he spoke about the usual drugs, his friendships with his Cabinet members, and criticized the Catholic Church.

“Asa ko makig buwag nimo (Why would I break up with you?)” Duterte said, looking over at Mayor Tita Baja Gallentes.

“Kapyot gyud ko’s imong panty. Bahala mabugto imong garter diha. Kagwapa nimo,” he added. (I will really grab and hold on to your panty. Who cares if the garter snaps? You’re so beautiful.)

This was the most inappropriate of the several comments he made about her throughout the speech that lasted one hour and 40 minutes, where he said, in Cebuano, that he was just “teasing her” and “joking around.”

Yet, this presidential speech in Bohol erupted on social media for something else – the live stream on the presidential communications office’s social media account that showed a cockroach landing on the President’s shirt.

The video of the cockroach on Duterte’s shoulder became the entire day’s staple, meriting stories from local and foreign media, triggering all sorts of memes and wise quips from netizens, and giving Duterte critics a field day divining what the universe was trying to say via that incident.

The cockroach’s landing, so to speak, happened about half an hour after Duterte’s remark about the mayor’s underwear.

Duterte even asked the elected official publicly if she was separated from her husband. He also said that after he got his marriage with his first wife Elizabeth Zimmerman annulled, he was “still looking.”

To add to the irony, Evasco, the gubernatorial bet the President was campaigning for that day, is a former priest  and an ex-communist guerrilla who fought for women’s rights.

Evasco was the mayor of Maribojoc in Bohol before becoming the manager of Duterte’s 2016 presidential campaign. He’s facing Arthur Yap, the province’s 3rd district representative and a former agriculture secretary of ex-president Gloria Macapagal Arroyo, in the race for governor.

The speech in Bohol was only the latest of several inappropriate remarks the President has made against women.

Last December, Duterte said he groped a helper inappropriately when he was a teenager.

He’s also made jokes about rape several times for which he was roundly criticized.

But not last Thursday. Everyone simply chose to have a good cockroach laugh. – Ryan Macasero/Rappler.com